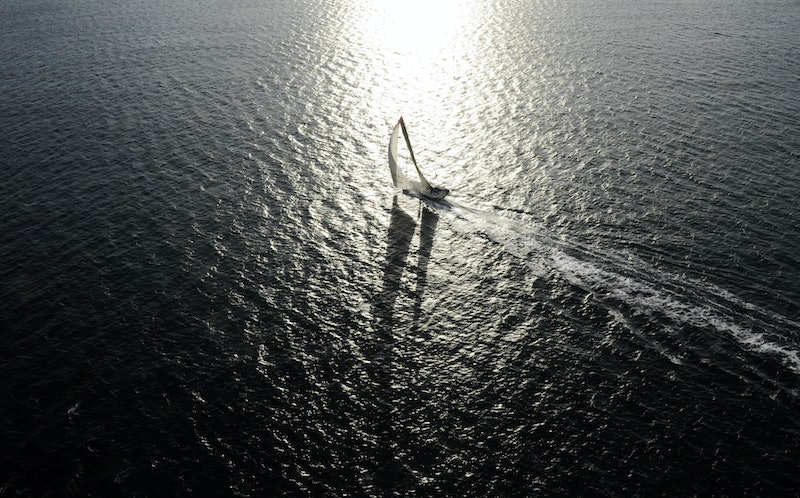 On Thursday, after 66 days lost at sea, Louis Jordan was rescued by a German cargo ship. The 36-year-old man set sail from Bucksport Plantation Marina in Conway, South Carolina to do some fishing on his 1950s-era sailboat Angel, says NBC News, and was reported missing by his father on Jan. 29. What happened during that fateful trip was unexpected, and left Jordan alone in a debilitated boat for over two months. During an interview with NBC's TODAY, Jordan recounted the harrowing wreck:

On the way there, my boat capsized. I was actually sleeping, that's when it happened. The whole boat had turned around and I was flying through the air somersaulting and the ceiling was the floor and the floor was the ceiling and this side was the other side and everything was upside down and backwards.

During the ordeal, Jordan broke his collarbone and was unable to repair the broken mast of his sailboat, according to an interview with CNN's Wolf Blitzer. Eventually, he was able to create a makeshift sail, but it was no match for the strong currents of the Atlantic Ocean, leaving him without any directional control.

So what have we learned about Jordan after his rescue from the harrowing shipwreck?

He Has Impressive Survival Skills

Jordan talked about his survival techniques to WAVY.com: "I rationed my water to where I had drunk about a pint a day. For such a long a time I was so thirsty." He also told ABC News about the struggle to survive whilst shipwrecked: “Every ounce of energy, there was food. And I was limited on food." On CNN, Jordan said that he was able to catch fish by dipping his clothes in the water and waiting for them to swim in and then lifting them out.

Not everything was about the bare necessities for Jordan. He was concerned about his family and friends back home: “I was worried about them more than anything else,” he said to ABC, "Their poor hurt feelings, if I’m ever going to show up again or not, not knowing if I abandoned them, that’s really worrying."

Upon his return, Jordan's dad Frank said: "I thought I lost you.”

But Jordan's family held out hope while he was missing — his mother Norma Davis told the Associated Press: “We knew something had happened. To us it’s just a miracle. We’re just so thrilled that he was found alive." And she's getting ready for the upcoming holiday: “We do plan on having a wonderful Easter celebration with family and I can’t wait to get him back.”

So what did the sailor say got him through the devastating ship capsizing and two months floating at sea? Jordan prayed and read the Bible cover-to-cover several times.

Thankfully, Jordan is now home, safe and sound. He wants to return to normalcy, telling NBC that all he wants is some barbecue and organic ice cream.