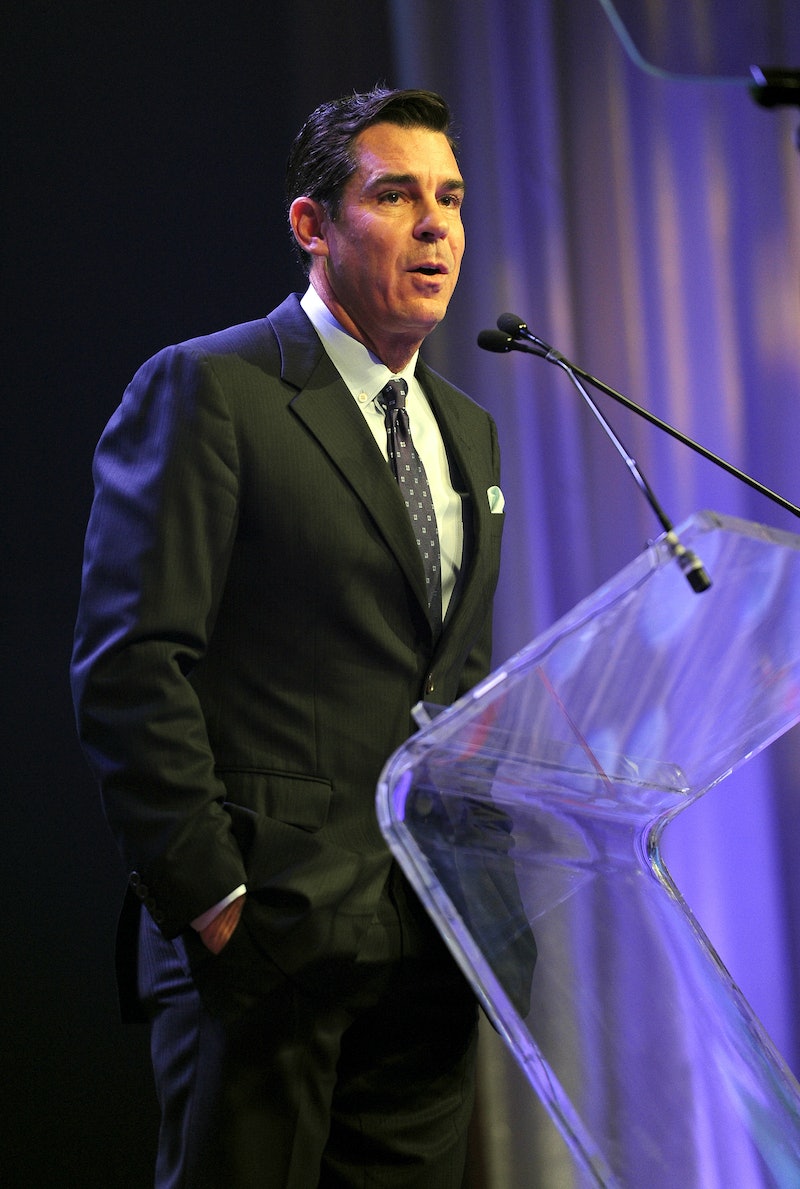 As Major League Baseball prepares for its opening day, it will mark the beginning of a new season of America's favorite pastime, and start off the first full season for the league's first-ever inclusion ambassador, former baseball player Billy Bean. In 1995, Bean walked away from his career as a professional baseball player, rather than continue to hide his sexual orientation in what he called the "brutally anti-gay world of baseball." That same year, his longtime partner died of HIV complications, and the two were never able to publicly acknowledge their relationship. Bean came out in 1999, but sadly, he told MLB.com that if he had had more support and resources when he played professionally, he might not have quit the game.

In an interview this week with BuzzFeed News, Bean said he feels protective of and responsible for players, but he knows it might take time with many teams to feel comfortable inviting him to speak to players, and he expects he will have to be patient. (Quick clarification point: This Billy Bean is not Billy Beane of the Oakland Athletics, who was the real-life version of the main character in the Brad Pitt film Moneyball. This Billy Bean played for the Detroit Tigers, the L.A. Dodgers, and the San Diego Padres.)

Bean spent the spring training season visiting and talking with 16 teams that had invited him to speak — not all teams have. Among his top priorities is to be a positive image of a gay man to MLB players, many of whom Bean believes might have little to no experience with the LGBT community, he told BuzzFeed News.

When the league announced his appointment as inclusion ambassador last July, Bean told MLB.com that he knew what he didn't want to do in the newly-created position.

I don't want to change baseball. I don't want players to feel uncomfortable. I don't want them to think that we're trying to force them to say or do or act or be something they're not. It's just a matter of whoever it affects, they are role models.

He told BuzzFeed News that convincing closeted gay players to come out is not on his agenda. Rather, he's hoping to help create a "culture of acceptance" in MLB, in which all are welcome. He's already faced some resistance; after spending a day in March visiting and practicing with the New York Mets, second baseman Daniel Murphy told a reporter he "disagree[d] with his [Bean's] lifestyle" due to his religious beliefs.

Regardless of some of the individual biases Bean might face, it's clear that MLB has recognized it needs to address issues of inclusion among its players. It will be interesting to see how many teams step up to the plate by welcoming Bean and his efforts.