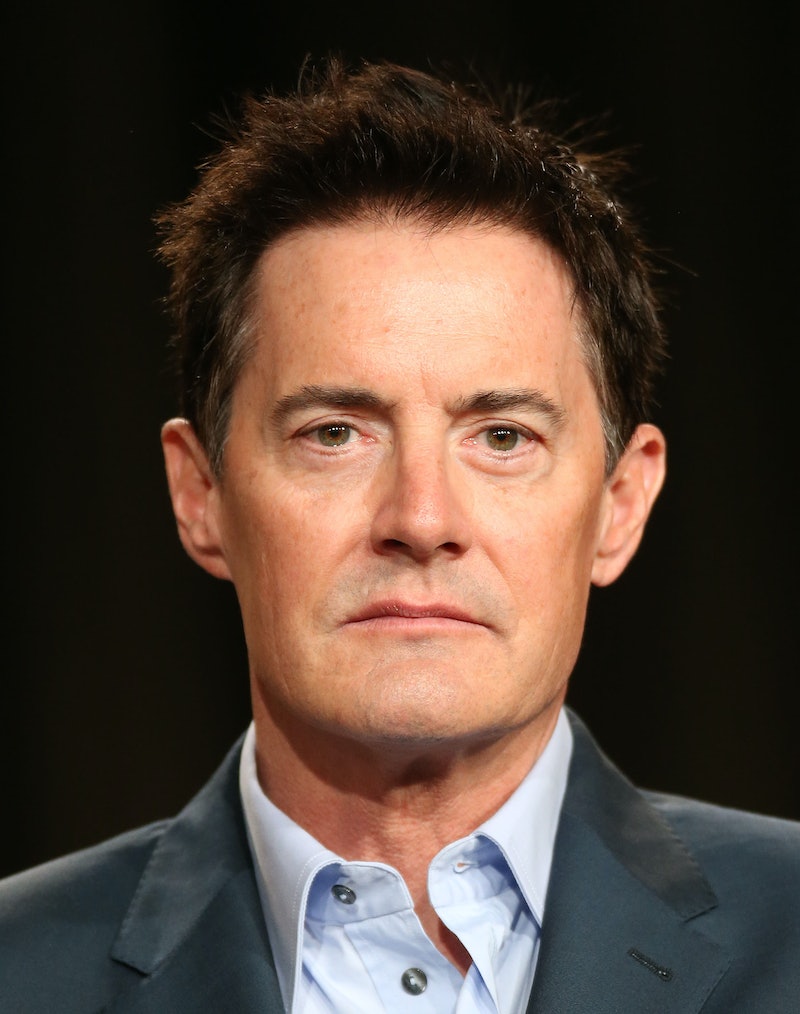 Could it be that Showtime's Twin Peaks revival is already kaput before it even begun? The '90s David Lynch series is about to celebrate its 25th anniversary, and fans have been looking forward to new episodes of the cult classic. But on a seemingly quiet Easter Sunday, author Brad Dukes tweeted that the brand-new Twin Peaks limited series on Showtime had been canceled.

UPDATE: Lynch has spoken and confirmed that the show might still be on, but he won't be apart of it. "Showtime did not pull the plug on Twin Peaks," the director tweeted. "After one year and four months of negotiations, I left because not enough money was offered to do the script the way I felt it needed to be done."

Bustle reached out to Showtime Networks, who offered this statement:

We were saddened to read David Lynch's statement today since we believed we were working towards solutions with David and his reps on the few remaining deal points. SHOWTIME also loves the world of Twin Peaks and we continue to hold out hope that we can bring it back in all its glory with both of its extraordinary creators, David Lynch and Mark Frost, at its helm.

Lynch and Mark Frost co-created the series in 1990 and were set to return as a team for the new nine episodes to air on Showtime in 2016. "Twin Peaks may still be very much alive at Showtime," the Twitter statement continued. "I love the world of Twin Peaks and wish things could have worked out differently."

It all started when Dukes, who is the author of Reflections: An Oral History of Twin Peaks, originally tweeted about the show's demise on Sunday. "Just heard #TwinPeaks is now not happening on @SHO_Network - cmon @netflix. PICK THIS UP. #SavePeaks." He was also well-aware that his tweets could be misconstrued as an April Fools prank, but he claims alas, it's not. "Not fooling guys. The deal is kaput I am told, if there ever was one," Dukes continued on Twitter. "Sorry guys. I hate it more than any of you. Just hope the scripts aren't tied up. I don't know any nitty gritty details for any one asking. I suggest staying positive and praying the scripts can be made elsewhere."

Actress Kimmy Robertson, known for her role as Lucy in the show, also expressed her disappointment of the show's alleged demise on social media. "Dear Showtime....I hope you're happy. P.S. you really really suck," she wrote on Facebook.

Attendees of WonderCon in Anaheim, Calif., this weekend are also tweeting the alleged news, along with their disappointment.

Say it ain't so, Showtime.

Could It Be True?

Last Fall, Showtime announced plans to revive the beloved mystery series, which thrilled its many fans of the show. In March, several outlets reported that the limited series would go on, despite David Lynch's uncertainty about the project. "I don’t know. There are complications," Lynch said in the video above. "I haven’t returned yet and we’re still working on the contract, but I love the world of 'Twin Peaks' and I love those characters."

Could those complications — which are said to be contract related — be behind the show's rumored demise?

After its premiere in 1990, Twin Peaks quickly became one of the most-watched shows on ABC in the United States. As quickly as its ratings climbed, they fell in the show's second season once Laura Palmer's killer was revealed. ABC tried multiple time slots to no avail before putting the show on hiatus and then canceling it.

Just how disappointing is this alleged news? Well, fans are already voicing their unhappiness with the possible decision — and their hope that another network or service (Netflix?) will pick up the show.