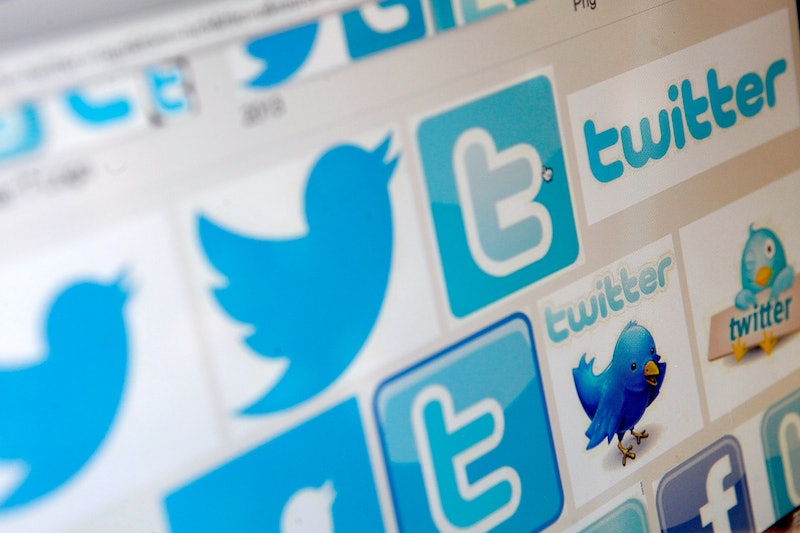 Jofi Joseph was the man behind the @NatSecWonk Twitter handle, the Daily Beast reported Tuesday, and that extracurricular activity cost him his White House job last week. Joseph was fired from his job as a director on the White House's National Security Staff after nearly three years running the Twitter account, which often made crude and offensive jokes and publicized internal information from President Barack Obama's administration.

Apparently, the firing was the result of a "months-long" probe into @NatSecWonk's identity. Before he was told to hit the road, Joseph was working on negotiations with Iran about its nuclear weapons program — you know, not sensitive information or anything.

Politico got a statement from Joseph Tuesday night.

It has been a privilege to serve in this Administration and I deeply regret violating the trust and confidence placed in me,” he wrote in an email. “What started out as an intended parody account of DC culture developed over time into a series of inappropriate and mean-spirited comments. I bear complete responsibility for this affair and I sincerely apologize to everyone I insulted.

Isn't that nice? Here's the kicker: apparently Joseph also ran a second gossip account, with the handle @dchobbyist. Good thing his day job was keeping him busy saving the world from stray nukes.

Though there was definitely no love lost between Rogin and NatSecWonk:

The user's bio on the now-deleted account described him as someone who "Unapologetically says what everyone else only thinks. A keen observer of the foreign policy and national security scene. I'm abrasive and bring the snark."

Before the news of NatSecWonk's true identity broke, a source had some less-than-glowing statements for Foreign Policy. "NatSecWonk was an acerbic Twitter pundit that relished taking anonymous shots at senior leaders who are doing their very best for this country," the source wrote in an email. "The rants seemed pathological and personal. I hope whoever was behind the feed will get better soon. Their hate, rebranded as 'snark,' will not be missed."

But hey, because this is the age of the internet, the NSA isn't the only one backing up what we do online. The good folks at FavStar ("[A] site tracking what you, your friends, and everyone else is favoriting and retweeting on Twitter") have some of his Tweets backed up. Here are some of our favorites, taken from his less offensive Tweets:

The only person @NatSecWonk liked was the Atlantic's Jeffrey Goldberg. Now that he's gone, though, the journos have taken up the snark mantle.

Still, at least he isn't getting charged under the Espionage Act like some people who get on the Obama Administration's bad side. Or did we speak too soon?

More like this
Learning To Love, Not Judge, The Lunchbox Wives Of TikTok
By Esther Zuckerman
Ashamed Of Your Screen Time Stats? Here's How To Change That
By Alexis Morillo
How To Turn Off TikTok Profile Views So You Can Stalk Other Accounts In Secret
By Alexis Morillo
This Wordle Rival Is Taking Social Media By Storm
By Sam Ramsden
Get Even More From Bustle — Sign Up For The Newsletter
From hair trends to relationship advice, our daily newsletter has everything you need to sound like a person who’s on TikTok, even if you aren’t.