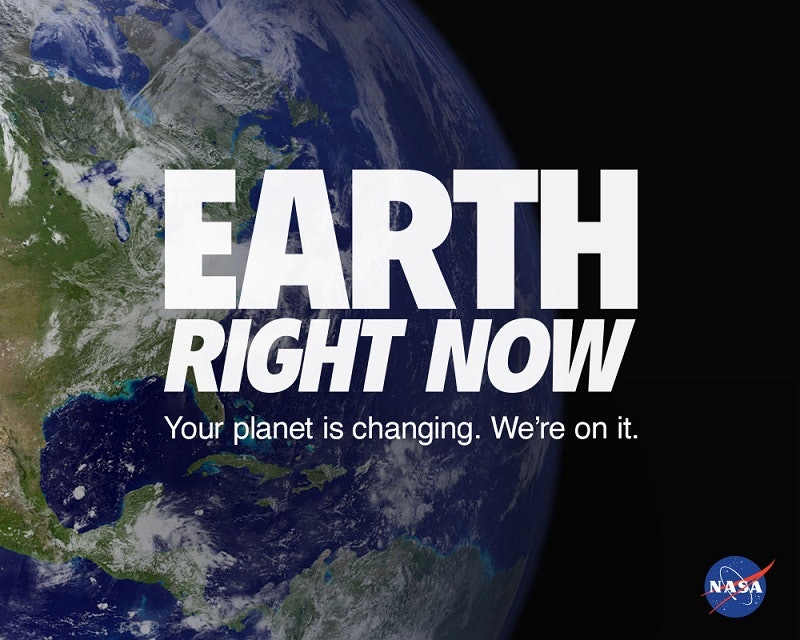 April 22 is Earth Day, and NASA knows how to celebrate with the best of them. In a press release Monday morning, the U.S. space agency called on Earth's denizens to prepare to post a photograph or video of their very favorite place on Earth on Twitter, Facebook, et al. come Earth Day 2015. The best part? NASA used emojis to drive home its point that there really is "no place like home," proving that not only is NASA down with Twitter and the kids generally, it also appreciates The Wizard Of Oz and emojis just as much as you do.

This Earth Day, April 22, NASA is asking people around the world to share pictures and videos on social media that show there is no place like home – planet Earth.

NASA’s Earth Day #NoPlaceLikeHome project seeks to get the public involved in highlighting the great diversity of the places, landscapes and ecosystems of our home planet. Participants are invited to post photos and videos that answer a simple question: What is your favorite place on Earth?

Let's take a step back here. Firstly, NASA is into Twitter, knows the importance of a good hashtag, and totally gets social media ("Images can be shared using the hashtag #NoPlaceLikeHome on Twitter, Instagram, Vine, Facebook, Google+ and Flickr." Phew!). Secondly — and you might want to brace yourself for this — NASA actually has, and utilizes, Vine.

What's next? NASA texting you about brunch on a Sunday morning?

Also, this: blown up emojis that NASA really, truly feels get to the heart of its social media campaign.

NASA, I know what you're doing, and if you want a new NASA emoji to be included in the new Unicode emoji spectrum — along with man in business suit levitating — you're going to have to ask really nicely. It took two years for us to even get a hint of racially diverse emojis.

Some people aren't waiting around for Earth Day to start sharing their favorite places. I have no doubt that NASA understands that millennials are fast-paced young things.

And if that hasn't blown your mind enough, you can chat with astronauts aboard the International Space Station on Monday from the comfort of your sofa.

More like this
11 Super Bowl Instagram Captions To Use On Game Day — Even If You Don’t Like Sports
By Alexis Morillo
Ashamed Of Your Screen Time Stats? Here's How To Change That
By Alexis Morillo
This Is When Netflix Is Going To Start Charging You For Sharing Passwords
By Darshita Goyal
Twitter Has *A Lot* To Say About The "Single Penalty”
By Sam Ramsden
Get Even More From Bustle — Sign Up For The Newsletter
From hair trends to relationship advice, our daily newsletter has everything you need to sound like a person who’s on TikTok, even if you aren’t.