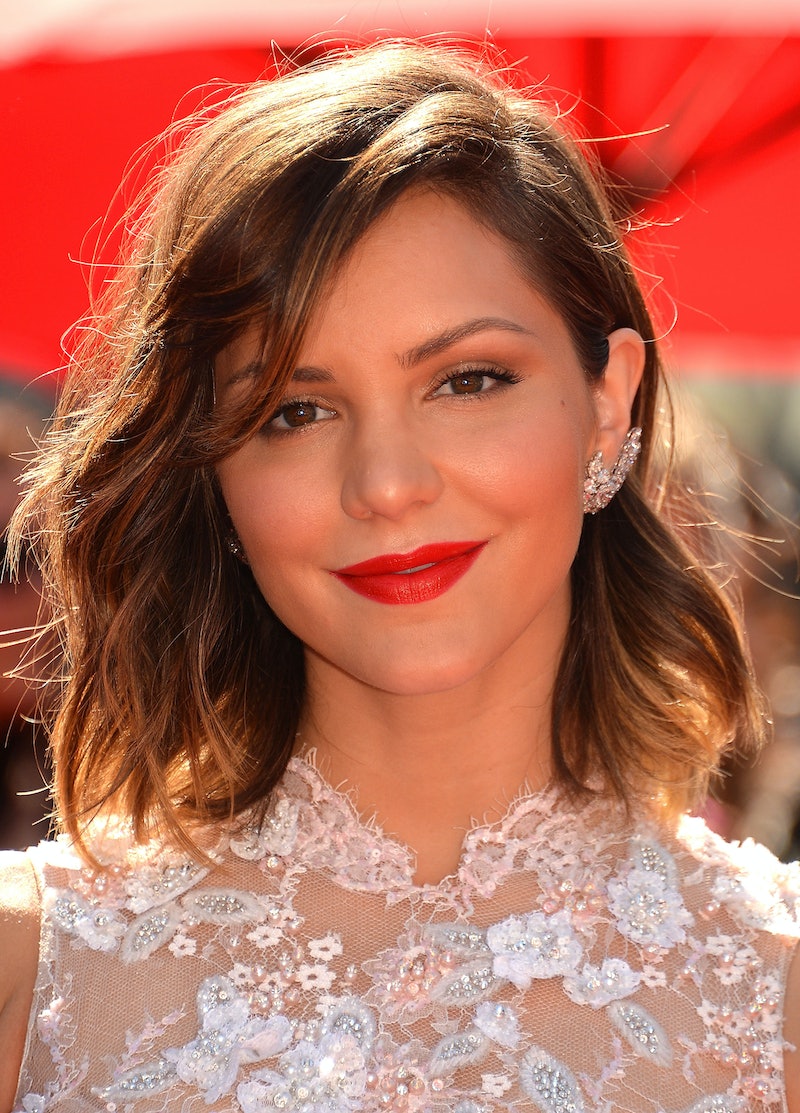 Smash may be off the air now, but that apparently hasn't stopped the drama: In a series of new photos that, gotta say, are way more shocking than anything ever on that show, Katharine McPhee was caught kissing her married Smash director, Michael Morris, outside of an LA restaurant. I'm already more intrigued by this story than I ever was by Smash.

McPhee and Morris were caught taking a page from the Kristen Stewart/Rupert Sanders book on Sunday, when paparazzi caught a glimpse of them locking lips in a parking lot after a lunch date in Hollywood. Making this even more scandalous, not only has Morris been married to In Plain Sight star Mary McCormack since 2003 (the couple have three children together), but McPhee is married as well — though she reportedly wasn't wearing her wedding ring during her outing with Morris, she's been with music producer Nick Cokas since 2008.

According to Life & Style, this may not seem as crazy as it sounds: A source close to McPhee is apparently reporting that the former American Idol contestant and Cokas have been separated for six months, though Cokas continues to manage McPhee's music. Though McPhee rarely discusses her husband, the singer-actress did tell Lucky in January that she and Cokas were not yet interested in having children: "I once thought that by now I'd have lots of children, but actually I'm really enjoying being able to go from point A to point B and the only worry I have is have my dogs been walked," she told the magazine. "I'm selfish right now, but that's how and where I should be. The thing is, work is the thing I love the most."