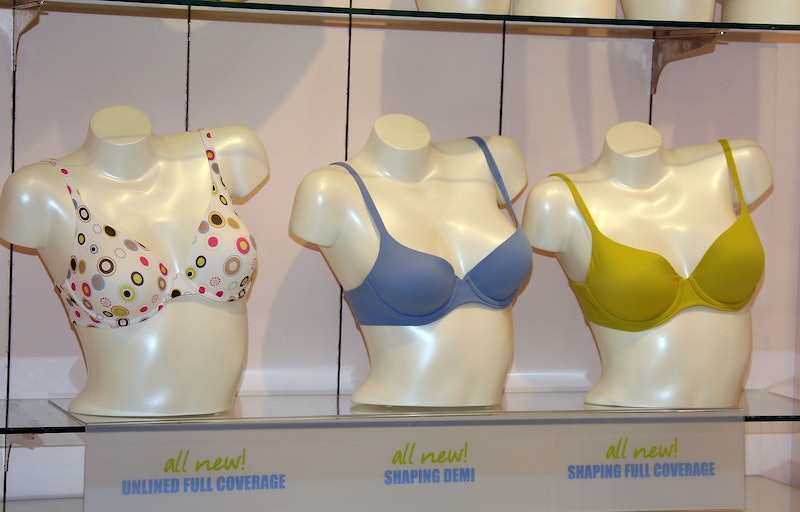 High school girls are no longer allowed to express themselves through the color of their bras. (As you do.) Zhongshan Technical Secondary School in the China's Guangdong province has created a rule that its female students are only allowed to wear nude bras.

They'll have to keep those lacy pink brassieres tucked away until college, unless they want points deducted from their overall school score. A black bra will cost them two points. If it's studded or lined with lace, they'll get three points off. And if they choose to demean themselves with leopard, stripes or polka dots, they'll get a whopping four points deducted, because everyone knows only bad, high school drop-outs wear fun printed bras.

Still, the school wouldn't call its new dress code a rule, but more of a "suggestion." And they're only doing it to protect the poor, helpless male students who can't control themselves, because they are "still in puberty."

The nude bra enforcement began when a female arts major was told about the dangers of colored bras by a male school authority, who then proceeded to ask her for a 1,500-word letter about why she shouldn't have worn her non-flesh-colored undergarment to school that day. Sounds totally appropriate.

By the way, the students are already required to wear school uniforms. One school authority says another reason for the ban is due to the fact their uniforms are "pretty sheer." Watch out, colored socks — you're next.