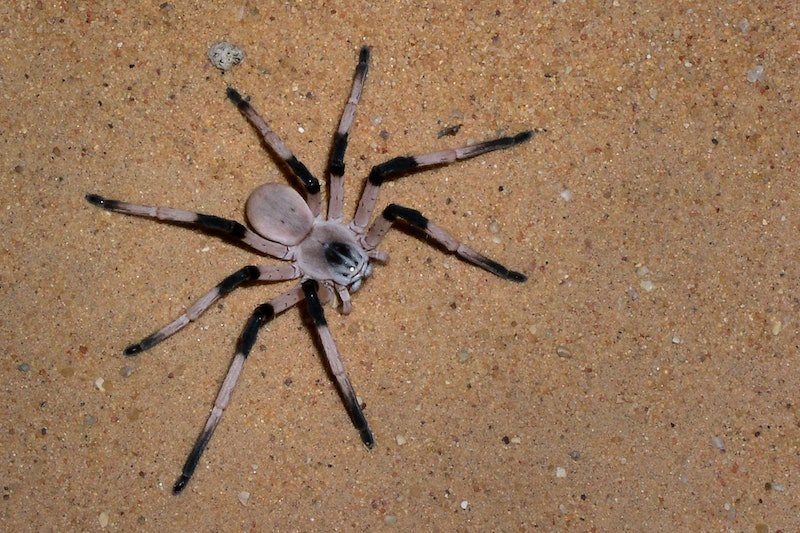 There’s a good reason we shriek when we spot a spider — it’s in our DNA. According to new research from Columbia University, humans’ fear of spiders, or arachnophobia, might just be a part of evolution. During our species’ early evolutionary phases, we had a pretty high risk of running into venomous spiders. So what may seem an irrational fear now, was then a valuable survival instinct.

Arachnophobia might just be one of the oldest human fears that exist, according to Tech Times’ report on the study. Researchers from Columbia University discovered that our terrified reactions to spiders might date as far back as the human species’ early evolutionary hundreds of thousands of years ago in Africa.

In Africa, venomous spiders were numerous and back when spider bites — when they weren’t deadly — could put someone out of action for days and, at worst, even weeks. The leader of the study, Joshua New, said of the risks humans faced from spiders at that time:

A number of spider species with potent, vertebrate-specific venoms populated Africa long before hominoids and have co-existed there for tens of millions of years. Humans were at perennial, unpredictable and significant risk of encountering highly venomous spiders in their ancestral environment.

People who were better able to spot and respond to a spider tended to survive at higher rates than those who could not. Thus, the fear became genetically embedded. And, according to the new research, that genetically embedded fear might still be sticking with us. To see just how quickly people could still spot a spider, New and his colleagues had 252 subjects look at abstract images on a computer screen. The results: people usually managed to pick out spiders in an image, even if the image was distorted or blurry.

These findings fall in line with a previous study at the Emory University School of Medicine that found that fear can be passed on through genes. When studying mice, researchers discovered that mice could impart on information about scary or anxiety-inducing experiences on later generations.

However, The Independent points out that this theory of fear being embedded in our DNA isn’t the only theory that exists to explain why we’re so dang terrified of spiders. Scientists also contend that learned experiences, such as the discovery that spiders were dangerous and to be avoided, was not passed on genetically but by teaching and through personal experience. Jon May, a professor of psychology at Plymouth University, contends children learn to be afraid of spiders because of social conditioning. When parents or siblings react to spiders in a frightened manner, a child is more likely to follow suit and to become afraid of spiders.

But regardless of which reason offers the correct explanation for why we’re so afraid of spiders, we can all probably agree: spiders can be pretty unsettling.