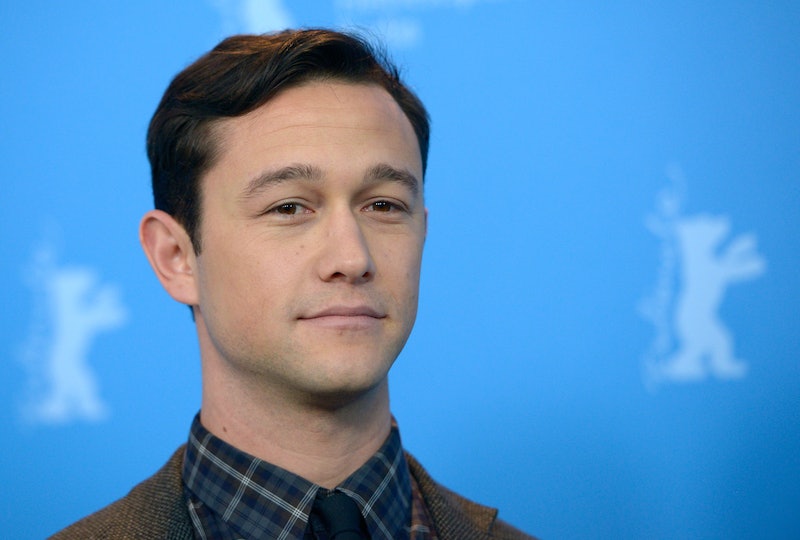 Edward Snowden, the infamous National Security Agency leaker, has been generating a lot of buzz in the past 24 hours, but not for the kind of work he's usually known for. The former NSA contractor appeared on Last Week Tonight with John Oliver on Sunday and discussed everything from his political asylum to missing Hot Pockets and laws surrounding dick pics. The first photo of Joseph Gordon-Levitt as the political hero/American traitor (depending on how you feel about the whole thing) in the Oliver Stone biopic Snowden was also released earlier today. Levitt appears alongside Shailene Woody who plays Snowden's girlfriend Lindsay Mills. The film also co-stars Nicolas Cage (yeo), Melissa Leo, Zachary Quinto (yay!), Rhys Ifans Tom Wilkinson, Joely Richardson and Timothy Olyphant.

Snowden will most assuredly by primed for Oscar season as 1. It's a biopic, 2.It is due out on Christmas Day, and 3. It's directed by Oliver Stone (Wall Street, JFK, Natural Born Killers). Joseph Gordon-Levitt with a little gold man? I wouldn't be upset about it. The film will delve into Snowden's career as a member of the US Army, the CIA, and finally the NSA — all of which led to his leaking of classified global surveillance (spying, if you will) documents.

So now that we have an image of Snowden, let's do a bit of our own detective work and look at all of the clues it gives us about the film: