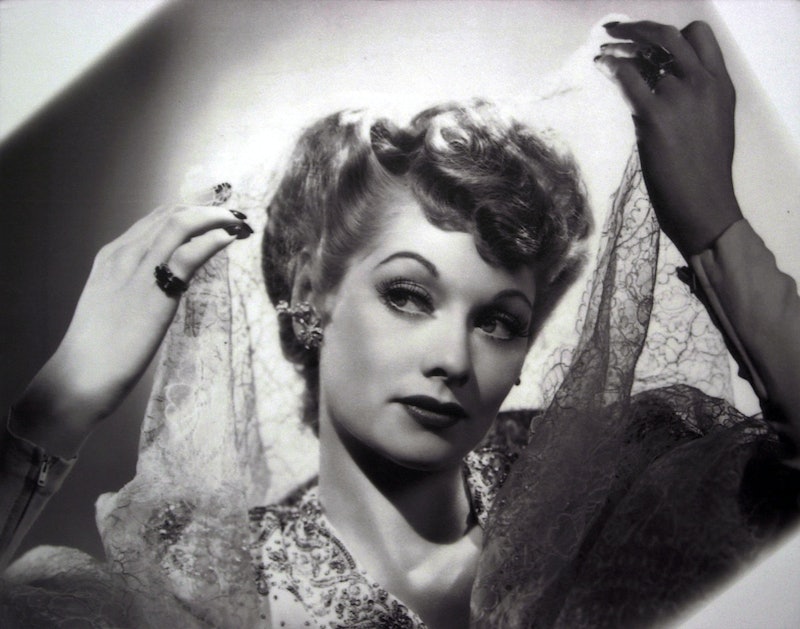 If you thought that the wax statues at Madame Tussauds were slightly unsettling, then you probably didn't see the statue of Lucille Ball currently scaring the residents of Celoron, New York. The bronze statue, which was commissioned in 2009, features a likeness of the Celeron native sitcom actress, and it's an unfortunately disturbing tribute with wide eyes and an extremely odd skin texture. The statue is so unsettling that it even spurred a Facebook campaign from Ball fans and residents to have the statue removed. Now, artist Dave Poulin has penned an apology for "scary Lucy," and as haunting as the statue is, the whole thing is just a little depressing. In an open letter written for The Hollywood Reporter, Poulin expressed his own disappointment at the statue, stating:

From the day of its installation... I have shared my disappointment in the final outcome and have always believed it to be by far my most unsettling sculpture, not befitting of Lucy’s beauty or my ability as a sculptor... I have felt blessed to have inspired and touched the lives of thousands of people who do enjoy my other works, and am heartsick at the feelings that have been evoked as a result of the Celeron Lucy.

The whole Lucy statue debacle must have killed its creator. Not only was his own art work criticized so heavily, but it actually evoked fear in people — not exactly something most people want to hear about something they put hours of their time into. I just hope that this was a fluke for the artist and that his other work brought joy to the viewers... or, at the very least, didn't inspire a Facebook crusade to destroy it.

Poulin will have the statue removed and has offered to create a new Lucy, though I have a feeling that the residents probably won't be particularly thrilled with the idea. Maybe a plaque would be less controversial.