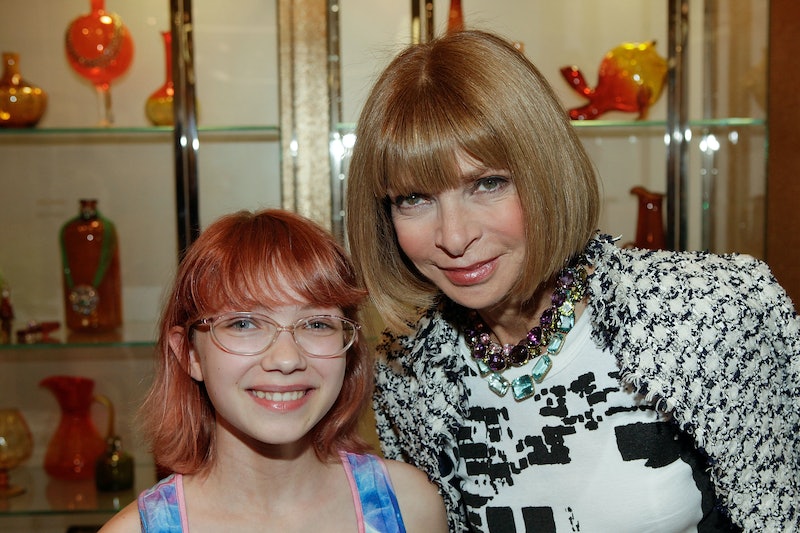 Magazine giant Condé Nast is killing its longtime internship program after two former participants in the unpaid program sued the company for violating minimum wage laws. The plaintiffs in the suit are former W intern Lauren Ballinger and former New Yorker intern Matthew Leib, who worked at the publications in 2009 and 2009-2010, respectively. They sued over the summer, shortly after other unpaid interns won a similar suit.

In a parallel case in June, a judge ruled that Fox Searchlight Pictures had in fact violated New York's minimum wage laws by having unpaid production interns. One of the key factors in the case was that the interns weren't learning a trade. They were essentially free regular employees, the judge decided, which basically violated the whole spirit of this unpaid internship thing. The idea behind not paying young people is that they learn while working; gaining skills that will outweigh their unpaid labor in the near future.

A slew of other lawsuits arose at about the same time, against companies as diverse as Harper's Bazaar to Elite Model Management. Hearst, the parent company that owns Harper's Bazaar as well as Elle, Marie Claire, and Cosmopolitan, still has an internship program.

At Condé Nast, the decision only affects future intern classes. Those who were lucky enough to secure a spot in the Fall 2013 class at one of its publications will remain "employed" through the end of the semester. There's no word on whether they will suddenly get a stipend, or whether doing that would count as an admission of guilt on Condé Nast's part. So far, the company has declined to comment.

Another option would, of course, be to just pay interns a minimum wage and keep them on, since in the grand scheme of the magazine industry, Condé Nast isn't doing too poorly. The excellent watchdog tumblr Who Pays Interns? keeps a tally of how different publications are doing. (Be warned, though, that their data is gathered through voluntary reports.) The tumblr notes that some magazines, like the American Prospect, manage to pay interns a small stipend (okay, a really small stipend) despite overall financial troubles.

Looks like Vogue interns are officially out of season.

More like this
The Most Powerful Photos From The Weekend’s Abortion Rights Protests
By Melanie Mignucci
The Families Of Grenfell Tower Are Still Waiting For Justice, Five Years On
By Bustle UK
How To Fight For Reproductive Rights, Based On How Much Time You Have
By Courtney Young
5 Ways To Stand In Solidarity With Women In America From The UK
By Sophie McEvoy
Get Even More From Bustle — Sign Up For The Newsletter