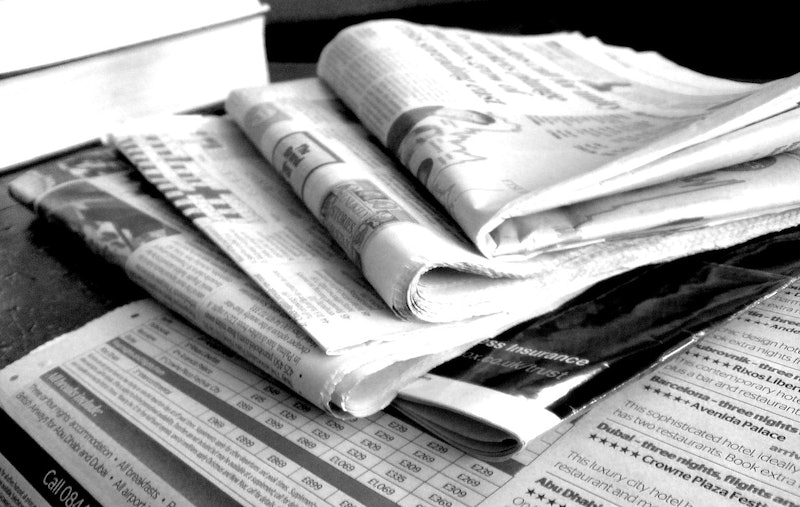 So you’ve seen the 2014 VIDA Count results, which offered the expected mixed bag of progress in closing the gender gap in journalism and evidence to the contrary. But you might be curious about another set of data from the volunteer organization: the Women of Color VIDA Count.

For the first time in 2014, VIDA: Women in Literary Arts enacted this companion poll to its annual VIDA Count report: the WOC VIDA Count attempted to take stock of contributors to major publications who identify as women of color.

According to VIDA, however, accurately obtaining that data was problematic. Because the organization understood that they were “not qualified to determine and assign race to any writer,” their team of intrepid volunteers put together a survey that would allow the writers to whom they reached out to self-identify their race. This method resulted in the organization receiving responses from writers claiming “no fewer than 45 self-identified race categories.” However, some writers responded to the poll, but did not identify as a “woman of color”; while others declined to take part in the WOC Count, or ignored VIDA’s invitations entirely.

Despite the “challenges” the organization encountered in gathering data for this inaugural WOC Count, the volunteers managed to compile graphs from the data they received confidently. And the results are less than promising.

Unsurprisingly, people have taken to Twitter to both praise VIDA's efforts at raising awareness of both gender and race disparity in journalism, as well as voicing their shock at the poll's disheartening results.

As for those incomplete numbers, VIDA refuses to be discouraged. In a statement written for VIDA, Jamia Wilson, the Executive Director of WAM! (Women, Action, & the Media!), says:

While the inaugural Women of Color VIDA Count data set is admittedly incomplete, the potential for developing more comprehensive methodologies and outreach strategies for the future have emerged. As with any new endeavor, there will always be growing pains, but these challenges offer important opportunities for learning.

We applaud VIDA's determination to bring to light disparities within the literary world. Here's to an equal 2015.