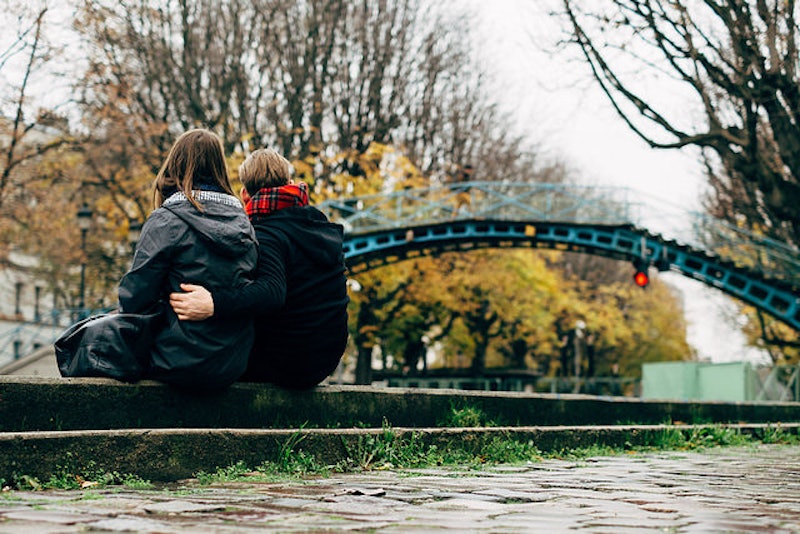 Americans LOVE to talk about infidelity. Whether it’s a billion-dollar movie about a woman who is “tempted” by the devil or impeaching our freaking president, cheating is a huge deal in this country. In a masochistic way, we kind of love it. Americans also love to think that the entire world lives the same way we do. Hence the reason that we place our fast-food chains in many historical sights around the world and are super shocked at the idea of free healthcare. Well, news flash, Earth is a heavily-populated and diverse planet and the good ‘ol USA only makes up a teeny-tiny part of it. So, what is cheating around the world like?

When it comes to cheating, every country is doin’ their own thing. Not only do infidelity statistics range from place to place (Thailand comes in first with the highest number of infidelity reports), but different countries also use different names for it, like the Finnish who call it “parallel relationships”. Countries' social consequences vary and in some places, they don’t talk about sex at all. Not to mention, monogamy isn’t an obvious concept to everybody. What one person calls an "unfaithful relationship", another might call a "relationship". Yay for sex positivity! Yay for recognizing the nuances of functional love! Yay for perfectly ripe avocados! I just threw that in there because it's worth noting as something to be excited about.

1. The term “Cheating” is mostly used by Americans

In Pamela Druckerman’s book, Lust In Translation , she lists the global terms for infidelity, most of which are a lot more appealing than our “cheating”. In parts of Nigeria, the term “sexual networking” is preferred, while the French keep it self-explanatory with “simultaneous multi-partnerships”. I mean, if I could get away with telling my Spanish professor that I was merely having a “simultaneous multi-partnership” with the person’s exam next to me, I would be a 4.0 student.

2. And not everywhere defines cheating the same way

Like everything, the standards for men and women when it comes to infidelity are worlds different. A lot of people think men cheat more than women, but the reality is, it’s just more acceptable for men to admit to it. Take the fact that there is NO derogatory word for a man who cheats but when it comes to women we’ve got: mistress, side-chick, home wrecker…the list goes on. THANKS, PATRIARCHY.

4. Infidelity is linked to money

In countries where men and women make similar amounts of money (let’s be real, we never make the SAME amount of money), reports of infidelity were much more parallel. But in countries where the financial gap between husband and wife is greater, women report cheating much less, probably because they have less social and monetary power than their husbands. Again, THANKS, PATRIARCHY.

5. In some places, it’s damn near impossible to do the research

Take Russia for example, which has essentially banned all research on sex, leaving sexologists to rely on the word of the people. While in some Muslim countries, the punishment for infidelity might be death, which makes talking freely about your sexual pursuits a huge risk.

6. In France, it's not looked down upon to have multiple relationships

The French Institute For Public Opinion recently did a survey on affairs which concluded that in America, people would rather get a divorce post-affair, whereas in France, it's perfectly fine to continue on with multiple relationships.

7. The U.S. feels really guilty about cheating, too.

The same survey showed that Americans feel a much larger sense of guilt when it comes to cheating on their partners. A pretty significant part of the population, 84 percent, view infidelity as morally wrong, while a mere 47 percent of French people surveyed look down on it.

8. Monogamy is a fairly recent and Western concept

Monogamy was implemented as a Western practice by the Christian church and prior to that, polygamy was a way more accepted route. Now, monogamy is seen as the most "normal" form of romantic interaction. This is proven by the existence of the greatest television show of all time, Cheaters.