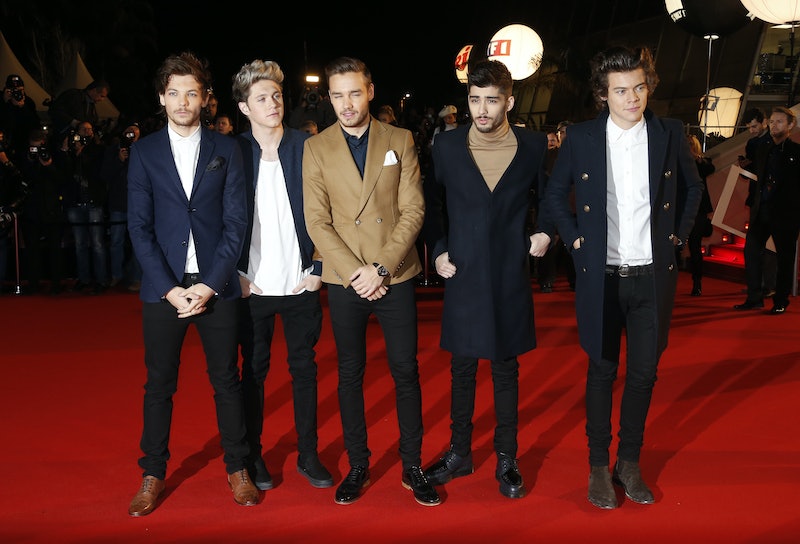 Back in the '90s, (along with choker necklaces, hip huggers and Lisa Frank supplies, of course) boy bands were all the rage. Sure, music has its fair share of pop boy bands with groups like The Beatles and Jackson 5 in the past, in the '90s, there was a massive surplus. Almost overnight, boy bands were a hit sensation, and songs from The Backstreet Boys to *NSYNC were playing on almost every radio station worldwide. Teenagers were obsessed buying all their albums, hanging posters of their favorite member in their room and ultimately getting in fights with their friends over which boy band was the best.

With the rise of the new millennium, however, boy bands' reign of fame came to a close. As trends changed, the need for boy bands giving choreographed performances shifted to the need for boys in a band playing their own music (like Good Charlotte and Maroon 5). As many members pursued other career options (such as Justin Timberlake's switch to acting), others waited out the ride.

While nothing can quite compare to the success of the '90s, in the past few years boy bands have been making a comeback, this time with a new twist. They may not be exactly how we remember them, but they're not very far off either — so let's take a look back at how boy bands have evolved over time.

Fashion Style: It was all about congruency with these guys from their moves to their outfits. Even today they still rock matching outfits for their In A World Like This Tour.

Music Genre: When the boys started their careers, they were strictly pop. But as they've grown older they've experienced with some R&B, and even adult contemporary.

Media Representation: The Backstreet Boys have always branded themselves as a vocal harmony group not a boy band. They always tried to fight the backlash of lip-syncing by sining a cappella during performances.

Fashion Style: Following closely behind the Backstreet Boys, each member was dressed similar to the other with their own personal touches, such as Justin's blonde hair with frosted tips and Chris' braided pony.

Music Genre: Throughout their career, the boys stayed pretty stagnant with their musical style only ranging from pop to dance-pop (the latter mostly only included in their third and final album, Celebrity.)

Media Representation: Aside from being the Backstreet Boys' competition, *NSYNC collaborated a lot with Britney Spears — contributing to ultimately creating one of the biggest celeb couples of our generation, Timberlake and Spears.

Fashion Style: Essentially, the boys were a hipster version of Backstreet Boys/*NSYNC with matching outfits that were a weird combination of preppy/skier/firefighter.

Music Genre: Unlike most boy bands, 98 Degrees had more of an R&B feel, and they wrote their own material.

Media Representation: The boys were one member short of the classic boy band ensemble. While other bands switched up their lead singers, Nick Lachey was the most well-known — and when he started dated Jessica Simpson, the two became a package deal for the group's success.

Fashion Style: With their black hair, tattoos and MADE clothing, the boys were a complete opposite from the matching white jumpsuits we were used to.

Music Genre: As pop faded away, pop-rock became the new trend. The boys played all their own music and the only dance moves were their stage jumps.

Media Representation: While Good Charlotte doesn't really fall under the "boy band" category, they are an interesting example of the shift of music during the time. Whereas boy bands portrayed a cookie cutter image, Good Charlotte exposed the scandalous lifestyles of the rich and famous. They had a simple "don't care" attitude that drew people in.

Fashion Style: These guys were all about rocking plain tees and jeans. With very simple looks, they let their music do the talking for them.

Music Genre: When the band first started many people confused their R&B and soul influences as pop.

Media Representation: While Maroon 5 doesn't classify themselves as a "boy band," per say, they do represent how the meaning behind the term shifted from a group of guys singing and dancing to a group of guys just making their own music.

Fashion Style: For the Jonas Brothers, each member had a signature look over the years: Joe has his mohawk, Kevin had his bandanas, and Nick had his curly locks.

Music Genre: While their music was predominantly pop, they did experiment with other genres from time to time. Aside from the boy bands of the '90s, they were really involved in their music making process, writing their own lyrics and playing their own instruments.

Media Representation: Since the boys got their success from Disney Channel, their image was all about that wholesome boys next door. They were polite, well dressed and everything you would want to take home to your parents.

Fashion Style: The boys are known for their distinct style, (especially their hairstyles) but neither one of them has the same look.

Music Genre: Musically, One Direction gets back to the heart of '90s boy bands. Even though they are classified as pop, they also play their own instruments from time to time.

Media Representation: One Directions started the craze of European boy bands (well, restarted if you count The Beatles). Since they got their start on the UK X-Factor they have opened the door for other acts including The Wanted, 5 Seconds of Summer and The Vamps.