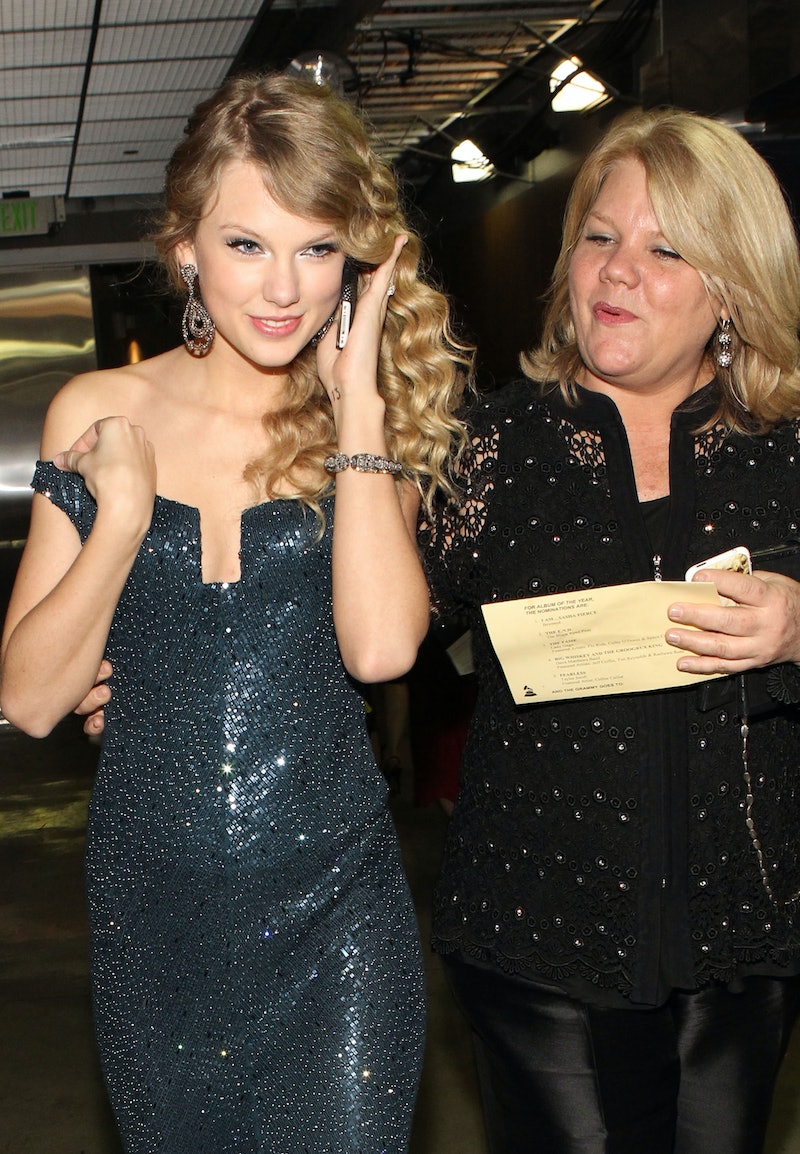 Taylor Swift has always tried to make personal connections with her fans, and on Thursday, she trusted them enough to post a message on her personal Tumblr account, revealing that her mother has been diagnosed with cancer. Swift said that usually she would write about the pain of the situation and let it surface for fans in her songs, but she was making the announcement on behalf of her mother Andrea Findlay, saying that her mom "wanted her fans to know." She explained, "Thank you for caring about my family so much that she would want me to share this information with you. I hope and pray that you never get news like this."

Though she didn't reveal any details about her mom's condition, we do see from the message just how invested Findlay is in Swift's fans and her career. The singer wrote that her mother wanted people to know the reason why she might not be at her daughter's upcoming tour dates and concerts. Swift and her mom are exceptionally close and in this tough time, not only is Swift's family sure to get support from her fans, but Swift is sure to bring plenty of support to her mom. She has always been there for her mom and vice versa, and they've had some great moments.

When She Bought Her Mom A House

In 2011, Swift became a property buyer at only 21, buying her mom and dad not one but TWO mansions. The first was a $1.4 million palace, and when Swift decided that wasn't good enough, she bought another — this time a $2.5 million estate in Nashville. PERFECT for the mother of a country princess.

When She Wrote Her Mom A Secret Song

Swift wrote a beautiful song dedicated to her mother called "The Best Day" in 2011, making the song in secret and surprising her mother with it as the best Christmas gift of all time. She told Taste of Country in 2011, "I wrote it in the summertime, and I recorded it secretly, too. I had this idea that I wanted to play it for her for Christmas. So, when I got the track I synced up all of these home videos from when I was a little kid to go along with the song like a music video, and played it for her on Christmas Eve and she was crying her eyes out." We're crying our eyes out.

It might surprise you, but T. Swift has said that she felt really alone at 13... but what 13-year-old girl doesn't? She said that the way she got through those times was to escape through her mom, who became her best friend, and still is more than ten years later. "Remembering all the times that we had when she was my only friend when I was 13 and I couldn’t understand why my friends were being so mean to me," she told Taste of Country. "She would just take me on these adventures and we would drive around and go to towns we’d never seen before." I'd much rather go on a great road trip with my mom than be picked on by my friends.

When They Were Totally Normal Best Girlfriends

Swift and her mama are always down to do regular mom-daughter things. Just after Swift's 25th birthday, she was spotted looking adorable with her mom (and brother and dad), getting brunch and taking a stroll in New York.

When Her Mom Made Her An Easter Basket

Swift posted a picture of an Easter basket on Thursday that her mom made for her. CLASSIC mom.

When Taylor Shared How Badass Her Mom Is

In 2002, on a trip to the beach, Swift's mom ended up, in a bizarre turn of events, saving boats trapped on a sandbar in New Jersey. She shared the story in a post on her Facebook last year, and I've gotta give it up for Finlay, who sprung into action almost without a thought. According to the original article, "Andrea F. Swift of Wyomissing plows through the ocean on her personal watercraft Tuesday off Stone Harbor, N.J., where she rescued people on a boat stuck on a sandbar." Her mom told the newspaper after the rescue, "The boat would rock all the way over to one side and then rock back to the other side. The waves were just pushing it. It looked like it was going to roll." Supermom!

No wonder T. Swift is such a strong woman who's becoming more and more of a superstar and role model everyday. While the news of her mother getting cancer is heartbreaking, Swift's message to her fans—in which she also encouraged them to watch out for their busy parents' health—was reassuring, that both she and Andrea were ready to fight.