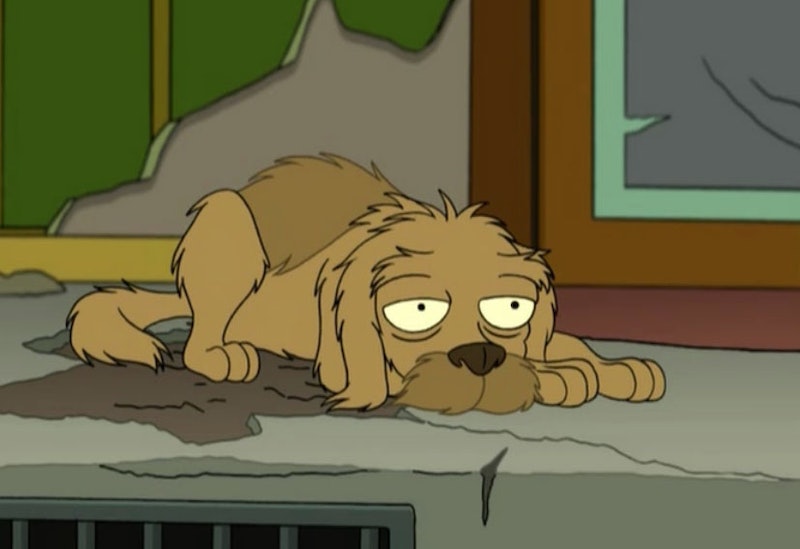 And now, the saddest moment to ever occur in a cartoon.

Now that Futurama is actually in its final season (No, guys! Really this time!), Seth MacFarlane is obligated to voice a character, because one time he cut out Matt Groening's heart and ate it, giving him the power to appear in all adult cartoons.

But MacFarlane is not satisfied with appearing as Bender's brother who loves Sinatra a little too much. (Actually, come to think of it, he would've made a pretty good Robot Devil.) No, he will voice Seymour, Fry's pizza-loving, "Walking on Sunshine"-singing dog.

Seymour will appear in an episode on Aug. 14 when the Planet Express gang ventures into Fry's dreams for a mission in the year 1999. Executive producer David X. Cohen told Entertainment Weekly, "Since Seth voices Family Guy‘s talking dog, Brian, we thought it would be funny to have him blatantly rip himself off for our benefit." You know, because they're both talking dogs! Get it?

So it seems that the same man who voices Peter Griffin's farts will sully the memory of the Seymour, the best dog on television (except for maybe Wishbone). Let's just hope he doesn't get his hands on Bob's Burger's next.