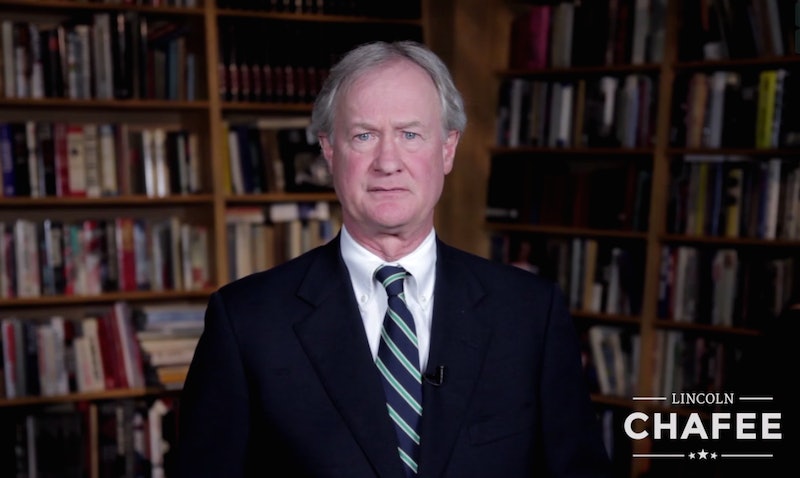 While a U.S. senator, Chafee was a member of the Senate Committee on the Environment and Public Works and was chairman of the Senate Foreign Relations Committee’s Middle East subcommittee. A strong supporter of President Obama, he was co-chair of Independents and Republicans for Obama in 2008 and then a national co-chair of Obama’s 2012 re-election campaign. In his announcement video, Chafee says: "Over the last six years, President Obama has led admirably. He has revived our economy."

Here's a look at some of the issues important to Chafee, according to his website.

Chafee's website calls the middle class the "bedrock of any prosperous community." While in the Senate, he voted against tax cuts for the rich and supports social programs and incentives to help the middle class grow, though his website doesn't name any specifics.

Chafee believes environmental sustainability should go hand in hand with the economy. He voted for clean air, clean water, and animal protection bills as a senator and added a lot of green space to Rhode Island while governor.

Chafee is openly pro-choice and signed a bill legalizing same-sex marriage as governor of Rhode Island in 2013. According to his website, he opposes infringements on Americans' privacy, such as tapping phones.

More like this
Joe Lycett Just Took HIs David Beckham Qatar Protest To A Whole New Level
By Sophie McEvoy
Iran Has Issued A Death Sentence Over Mahsa Amini Protests
By Catharina Cheung, Darshita Goyal and Maxine Harrison
AllSaints Is Taking 30% Off Their Entire Site For Black Friday — Here’s What’s Worth Buying
By Caroline Goldstein
50 Things That Make Your Home 10x Nicer For Under $35
By Rebecca Martinson
Get Even More From Bustle — Sign Up For The Newsletter