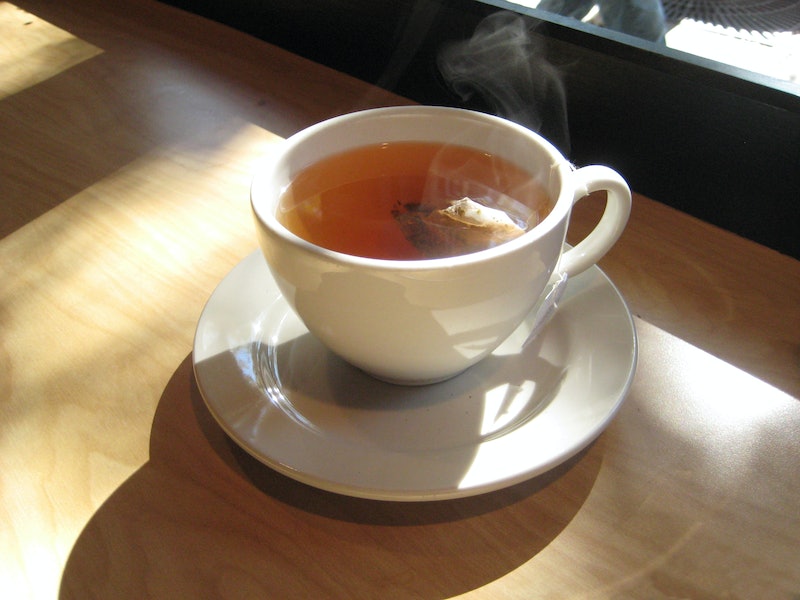 If the Boston Tea Party taught us anything, it's that people love tea. That cold, December morning, however, almost ruined its reputation forever. By the time the sun rose, coffee — which was seen as an obvious break from stuffy British rule — had become the drink of choice for patriotic Americans. Over the past decade or so, however, tea has had a stateside resurgence. The health benefits of tea have made it a popular choice, and Forbes even found the beverage to be especially trendy among millennial populations. (Because coffee is just so mainstream). Tea is having quite the moment — and with good reason.

According to the American Dietetic Association, there's almost no downside to tea. The only issue is that there hasn't been an American culture around it the same way there is around coffee — at least not one that exists beyond stodgy tea rooms and hotel lobbies. But if the last 10 years have shown us anything, it’s that tea is here to stay.

In an attempt to meet demands, a group of thrifty entrepreneurs have opened a slew of casual tea parlors across the country. Chicago saw the founding of Argo Tea in 2003, with its goal of becoming the “Starbucks of tea” — a.k.a a place where people will want to meet a friend, flip through a magazine, or catch up on work.

By 2011, Argo Tea had 26 stateside stores and the goal of expanding internationally. (They’ve since opened multiple international locations.) The now massive chain has played a huge role in popularizing tea across the United States. Starbucks was even forced to enter the game, acquiring Teavana in 2012 for $620 million.

No one can deny that tea is having a serious moment. At Press Tea in New York, gourmet teas are given the royal treatment every day. They're pressed, and then turned into mini “espresso” shots. And in San Francisco, Jesse Jacobs has established a tea empire to rival the city’s plethora of coffee-based hangouts. Even Houston has Té House of Tea: A place where open mic nights and swing dance classes are regularly held in an effort to build a community around tea.

Here’s what we know: Tea is now a certified trend. And as Americans reintroduce the beverage into their daily routine, we’re left with a host of questions: What in the world is an oolong? Was my stoner friend only asking for tea when they claimed to want “herb”? And finally, how different would life have been at Central Perk if someone had just once asked for a cup of tea?

Still not sold on tea's staying power? Here are five reasons you should be giving it the attention it deserves — if you're not already obsessed with it, that is.

1. It's better for you than coffee

Tea contains, on average, 30 to 40 percent less caffeine than a cup of coffee. And while caffeine, for many people, is a necessary part of the day, too much of it can lead to lower bone density, as well as irritability, insomnia, and muscle tremors.

2. It's good for your heart

Most teas — especially of the green varietal — are rich in antioxidants — which means they fight against cancer, heart disease, and clogged arteries.

3. It delivers a longer burst of energy than its "stronger" counterpart

Coffee may give you an instant boost, but tea will help you feel more alert for longer, meaning it's a better use of your time.

4. Black tea is considered to lower the risk of stroke

There's also research out there to suggest that black tea can prevent against some cancers. Score!

5. Many green teas boost your body's ability to metabolize fat

Not to mention green tea comes loaded with antioxidants that fight cell damage. Does your morning cup of joe do that?