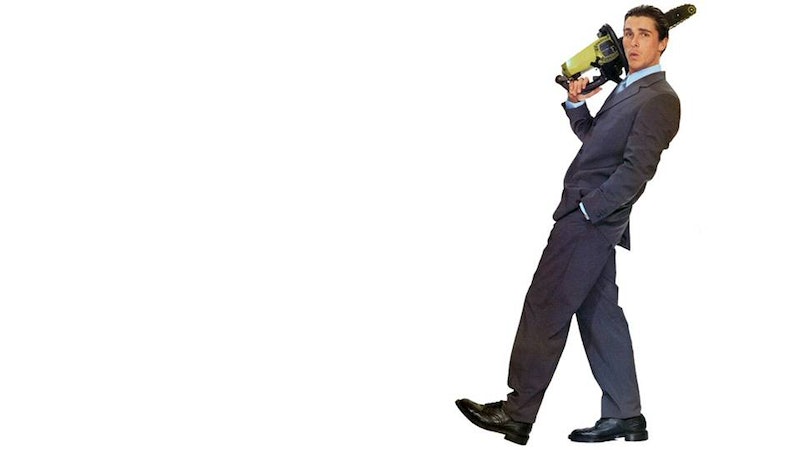 When I was a teenager back in the 2000s, I felt a lot of emotions when I saw director Mary Harron's film adaption of Bret Easton Ellis' novel American Psycho: Amused, scared, confused, and very attracted to Christian Bale's yuppie serial killer character Patrick Bateman. It was a lot for 18-year-old me to handle, but also such a fun ride. Looking back on the film 15 years after its release, American Psycho still has so many relevant quotes that I have to admit I still use today.

Bale's chilling performance as Bateman includes some of the most entertaining, hilarious, and creepy inner monologues in cinema ever. Out loud and in the real world, Bateman often declares that he needs "to return some videotapes," and he has weird sex with prostitutes. But his mind and his inner world are dark and sinister, narrated with a great turns of phrase. Before the film was made and premiered at the Sundance Film Festival, Ellis' 1991 novel of the same name (on which the movie is based) was a huge hit and widely praised by critics for its satire of the 1980s era. "Bret Easton Ellis is a very, very good writer [and] American Psycho is a beautifully controlled, careful, important novel," wrote Fay Weldon in The Washington Post.

The story of Patrick Bateman has endured so much that a musical adaptation starring Doctor Who 's Matt Smith premiered in London. Here are some of the film's quotes that have endured just as well and that you can use for any occasion — including returning videotapes.

When You Need To Get Out A Conversation Fast

It works every time — especially in the 80s, it seems.

When You're Asked About Your Hobbies & You Need a Sarcastic Remark

It'll impress all of your friends and their friends.

When You Need An Non-Boring Answer To The Question, "How Are You?"

When You're Directing A Very, Uh, Weird Movie

Actually, I hope you don't need this one, but it's here if you do.

When You Need To Express Hopelessness

When You Finally Get Revenge On Your Rival

Dorsia is still the hottest place to go.

When You Need To Tell Someone It's You, Not Them

When You Are So Annoyed With Life

But don't actually go and do it.

When You See The Greatest Business Card Of All Time

When Someone Asks You About Your Alibi