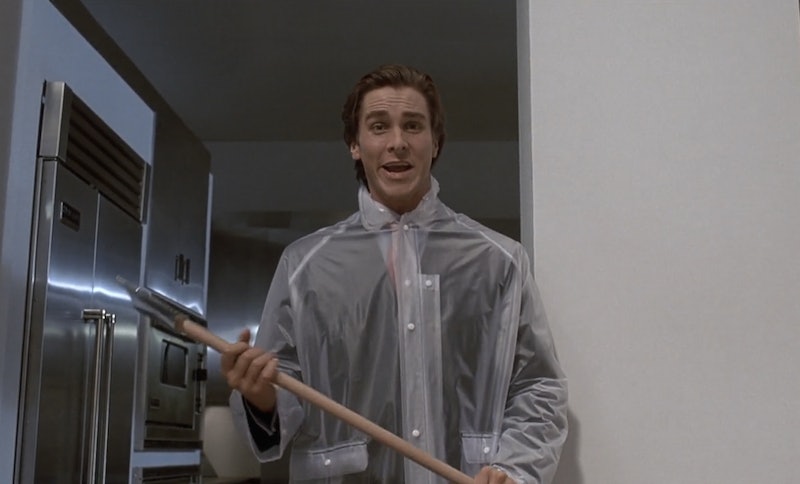 I don't know about you guys, but I'm a huge fan of thrillers and horror movies. And one of the most thrilling film of the last few decades, in my personal opinion of course, is easily Mary Harron's adaptation of Bret Easton Ellis' famous novel American Psycho . The movie is a totally surreal, morbid, funny, dark psychological thriller/comedy about a wealthy investment banker named Patrick Bateman who surrounds himself with the most shallow things that help him fit in with everyone even though inside he is basically a crazy monster. Either that or he's on the verge of a nervous breakdown (or maybe it's both!). Christian Bale is totally perfect as Patrick Bateman and the movie is most certainly unforgettable. But what's really memorable about the movie, more so than its greatness, is its ability to ruin so many awesome things in life. Seriously, I've never been more scarred by relatively harmless things thanks to a movie in my entire life.

Whether its an awesome singer, different kinds of fashion, cute animals or the finer desires in life, American Psycho has done a bang-up job of ruining all kinds of things so completely. Never again will I feel tempted to draw on a tablecloth at a restaurant (where it is acceptable), never again will I be inclined to purchase a see-through raincoat. It's all thanks to Patrick Bateman and the sick, twisted, depraved things he did (or wanted to do) in the film. But even though American Psycho has scarred me, I'm still such a fan of this totally messed up movie.

The way the men in this movie freak out and fight over the idea of getting a reservation at a fancy restaurant is completely astounding to me. I mean, Patrick literally kills Paul Allen out of jealousy over the most superficial things like his business card and the fact that he could get a reservation at Dorsia on a Friday night. Suddenly Chipotle doesn't look like such a terrible option to grab a bite anymore, does it?

If the psycho does it, I'm not too excited about it.

The entire first 10 minutes of American Psycho shows Patrick Bateman taking on his vigorous exercise and facial routines in the morning, routines that literally mean more to him than actual humans do. If that's not totally crazy, I don't know what is.

Seeing the image of Patrick Bateman lighting a cigar with Paul Allen's blood all over his face is enough for me to not want a cigar for a long while.

I don't care if it's "Hip To Be Square," Huey. I'm scarred for life from this song because all it does is conjure up images of Patrick hacking Paul Allen with an axe.

I love Whitney Houston's music as much as the next person (probably even more so). But listening to her debut LP only reminds me of how Patrick later murders two women after listening to it. Not a fond memory.

Another musician who provides the soundtrack to Patrick's murder spree. Seriously, what is with this guy and using music while killing?

It's not as if axes were all that common in my everyday use before, but damn! Lumberjack is no longer the type of person with which I associate axes.

Business cards become an obsession for Patrick Bateman, to the point that he's willing to kill his co-worker Louis for his card being better than Patrick's. Insane, right?

Do you see what he wrote on his crossword puzzle? Yeah, not going to be doing them for a while.

Ok fine, pigs as pets are still kind of cute. But anything associated with this movie is difficult for me to get my head around, no matter how cute.

13. Drawing On Tables At Restaurants