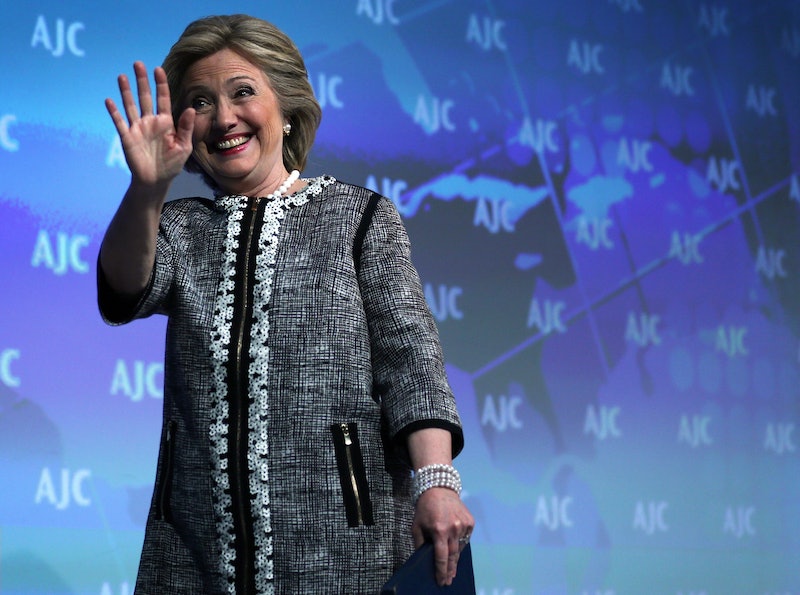 Well, guys, it's finally Facebook official: Hillary Clinton is running for president in 2016, marking her second go 'round on the political roller coaster that is the American presidential race. While official biographies of Hillary Clinton exist, written by her own hand no less, is there an unauthorized Hillary Clinton biography? Why yes, there are a plethora of unauthorized biographies that span back to her time as First Lady during Bill Clinton's administration, and more contemporary ones from her time as President Barack Obama's Secretary of State.

Among the more respectable unauthorized biographies is Carl Bernstein's A Woman In Charge: The Life of Hillary Rodham Clinton. Bernstein, a Pulitzer-prize winning journalist, chronicles Hillary's dynamism through countless interviews with her friends and colleagues, creating a comprehensive and unvarnished glimpse at the woman in the power suit. A Woman In Charge features interviews with both friends and enemies alike, all in the pursuit of unraveling the complexities of Hillary's character.

Jonathan Allen's HRC: State Secrets and the Rebirth of Hillary Clinton tracks Clinton's political transformation after her stunning defeat in the 2008 primaries to Obama. Allen writes of the period as the "nadir of her political career," only to reemerge stronger than ever as a Secretary of State that oversaw some of the Obama administration's toughest challenges — including the mission to kill Osama bin Laden. HRC details the Hillary that came as a result of her stinging 2008 defeat: one that is stronger and more ready for the nomination than she's ever been.

Hillary Clinton: In Her Own Words is a collection of interviews, essays, and quotes straight from the source. In this volume, Lisa Rogak puts together a collection of materials that tell Hillary's story on her own terms — filled with quotable gems like “I have a million ideas. The country can’t afford them all” from 2007, and "If I want to knock a story off the front page, I just change my hairstyle.” Looks like HRC is ready to break the Internet this time around.

Not to be outdone, there are a few titles devoted to some of the Clinton family scandals and squabbles, too. Edward Klein's Blood Feud: The Clintons vs. The Obamas delves into the 2008 election-era beef between the Obama and Clinton clans, and is among the best of the bunch. Klein, the former New York Times Magazine editor-in-chief, delves into the vicious rivalry between the two families, which reared its head toward the end of the 2008 Democratic nomination season. Klein is known for tabloid coverage of American politics, and this book is no exception. This is a read for those who love House of Cards just a little too much, and dig politics for all of its backstabbing glory.

No matter which biography you go for — whether it be officially sanctioned or unauthorized — Hillary's story is a complex and fascinating one. With few other Democratic contenders in sight for the nomination in 2016, there's plenty of time to start reading up on the heir apparent to the nomination.