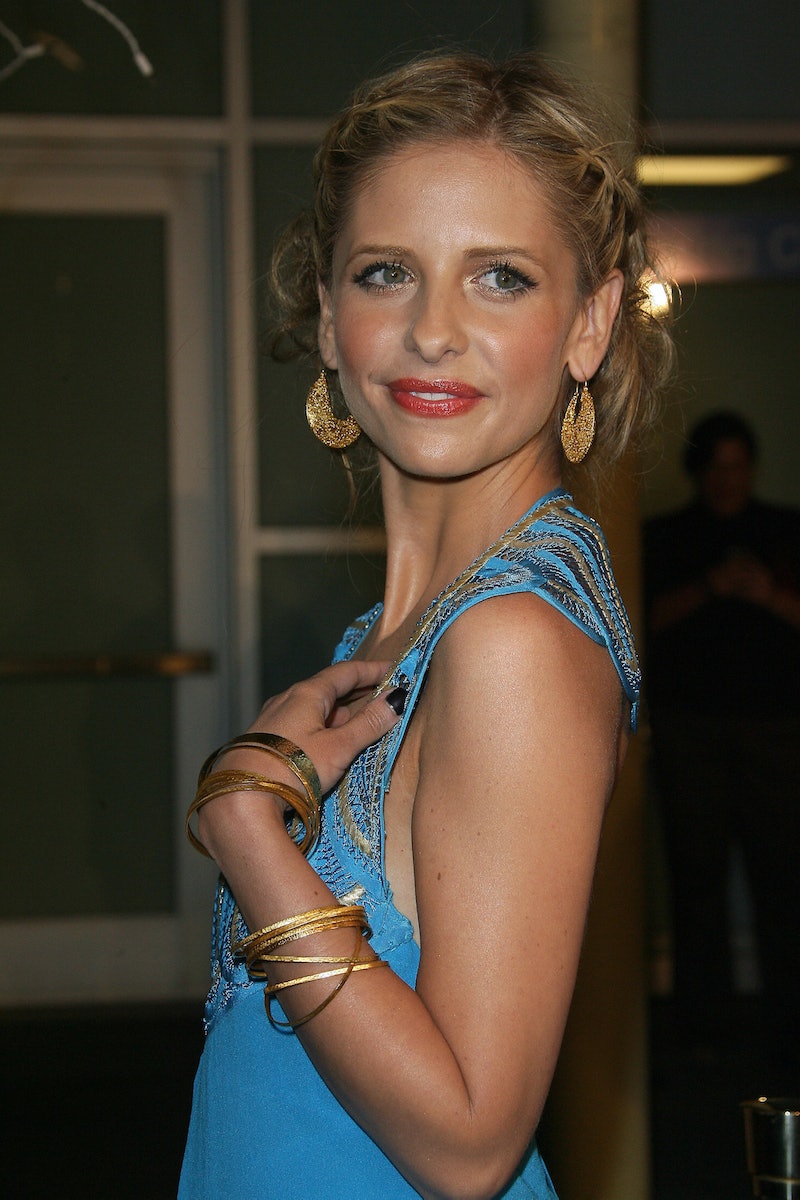 This weekend, actress Sarah Michelle Gellar went back in time and relived Cruel Intentions, the sexy teen flick she starred in with Ryan Phillippe in 1999. No, she didn't just pop in the DVD for a night in. Gellar went to see the unauthorized Cruel Intentions parody musical at the Rockwell Table and Stage in Los Angeles — and she posted on Instagram about how much she loved the experience. "[The Cruel Intentions musical] was insanely good. #KilledIt," she captioned a video of the performance on Instagram. "I absolutely ❤️ it...Seriously the entire cast was genius."

Gellar also had high praise for the show's stars Katie Stevens (who plays her own role of Kathryn Merteuil) and Constantine Rousouli (who plays Sebastian Valmont, Phillippe's character in the movie). And this isn't the first time a classic teen film has taken the stage — in 2012, Bring It On: The Musical premiered on Broadway, based on the 2000 film, and, last year, the '80s flick Heathers made its off-Broadway debut in New York City to praise from the movie's stars Winona Ryder and Christian Slater. "It was adorable," Slater told Today. "What was weird was just seeing another guy up there in the black jacket, playing that part. There were parts of me wanted to run up on the stage."

Even a Mean Girls musical is in the works. But don't worry, there's plenty teen spirit to go around. Here are some other teen movies I'd like to see get the stage treatment.

This Freddie Prize Jr. and Paul Walker flick has been a trending topic recently. According to TheWrap, The Weinstein Company and Miramax are reportedly planning to remake the teen comedy with diverse leads. So why not a musical version, too? There could be an epic rendition of the Six Pence None The Richer song "Kiss Me" and a recreation of the Usher-led dance scene from the movie's prom (above).

Josie Geller got to relive her high school years in this fun 1999 comedy, so how about we get to relive it on the stage, too? Josie Grossie can make it happen and get the scoop in a stage version that could feature a killer 90s soundtrack.

This 1999 teen comedy starring Heath Ledger and Julia Stiles is based on Shakespeare's The Taming of the Shrew, so its roots are already from theater. It has also conquered multiple mediums, having been a short-lived TV series on ABC Family in 2009. Why not flip it around and take it back to the stage?

More like this
Sarah Michelle Gellar Will Star In A Supernatural Teen Series & It’s Not Buffy
By Catharina Cheung
At 28, Lesley Manville Was Acting, Picketing, & Singing Kate Bush Songs
By Olivia-Anne Cleary
Reese Witherspoon Gave Fans Hope For 'Legally Blonde 3' After This Surprising Movie Inspired Her
By Jake Viswanath
22 Movies On Netflix That Are Perfect For The Whole Family
By Bustle Editors
Get Even More From Bustle — Sign Up For The Newsletter