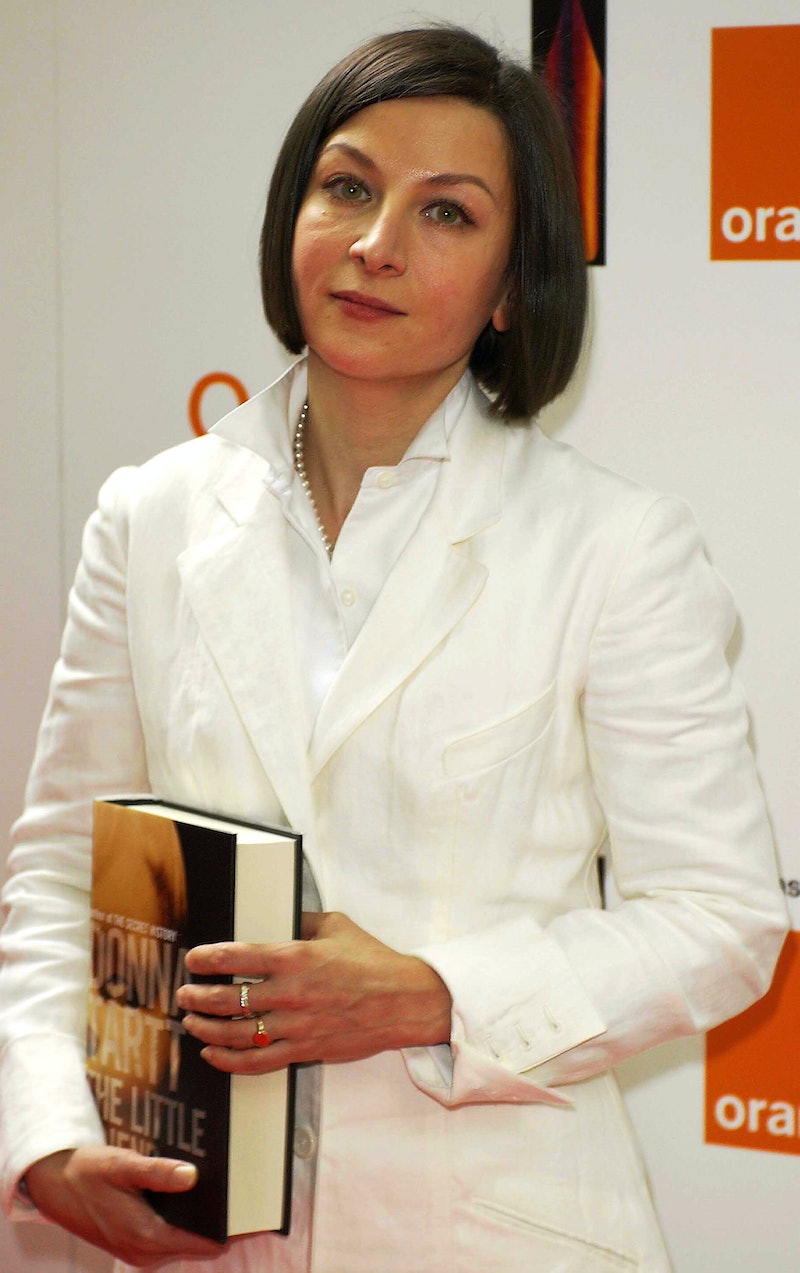 In art, as in most everything else, there is a hierarchy. There is highbrow art, often associated with small audiences and avant-garde leanings. There is lowbrow art, sometimes described as “popular” or “commercial,” which, with its characteristic simplicity, functions as escapist entertainment. There is the middlebrow, the work that falls somewhere in the murky in-between of this binary, and then there is the ‘upper-middle brow’ — an even more ambiguous classification including shows like Girls and books like Middlesex.

This system is an imperfect one of course, as all methods of classification are, but more often than not works can be placed into one category or the other with some ease. With The Goldfinch (Little, Brown), however, Donna Tartt has once again written a book that challenges this system of classification. Like her 1993 The Secret History, a murder mystery involving classics students at a small liberal arts college, this novel delivers the thrill of the so-called low, but couples this feature with the intellectual depth of the high or upper-middle.

This perhaps is what makes Tartt’s latest, The Goldfinch, such a rare treat. Her novel centers on the story of Theodore Decker, an art dealer who gets drawn into an elaborate scheme that involves thuggish Russians, Amsterdam, and a 17th century Dutch masterpiece. That painting, Carel Fabritius’s The Goldfinch, not only gives the novel its name but, by the novel’s end, stands in as a metaphor for the experience of the narrator.

Though this is only a rough sketch of the novel, one can see the kind of ‘brow merging’ that makes Tarrt’s work so enjoyable. The book possesses a rich understanding of art history; Decker, the novel’s protagonist, is the kind of highly educated man who, for example, describes a woman he knows as a “Boucher nymph as dressed by J.Crew,” referring to the eighteenth century French painter Francois Boucher. Thus the novel, which is meant to be a memoir written Decker himself, convincingly submerges the reader into the consciousness of a New Yorker with a penchant for the beautiful.

Much to Tartt’s credit, the novel is a well-written one. The book’s language is elegant but also innovative. In one particularly notable instance, Tartt describes her protagonist’s split-second decision to fire a gun at an aggressor as happening “before it even happened. Like a skip in a DVD throwing me forward in time.” In another, a man’s bad haircut looks as if “someone had administered it to him in the drunk tank.”

Goldfinch’s prose is careful and thoughtful. It is clearly the product of a good deal of work, which makes sense since Tartt has been working on The Goldfinch since 1993. In an interview with the New York Times, Tartt said that some part of her novel were adapted from notebooks she had kept in the 1990s. “I was writing for a while not knowing what I was writing,” she said. “That’s the way it’s been with all my books. Things will come to you and you’re not going to know exactly how they fit in. You have to trust in the way they all fit together, that your subconscious knows what you’re doing.”

This trust in herself has obviously paid off. The Goldfinch is another smart, suspenseful read from an author with an inimitable talent.