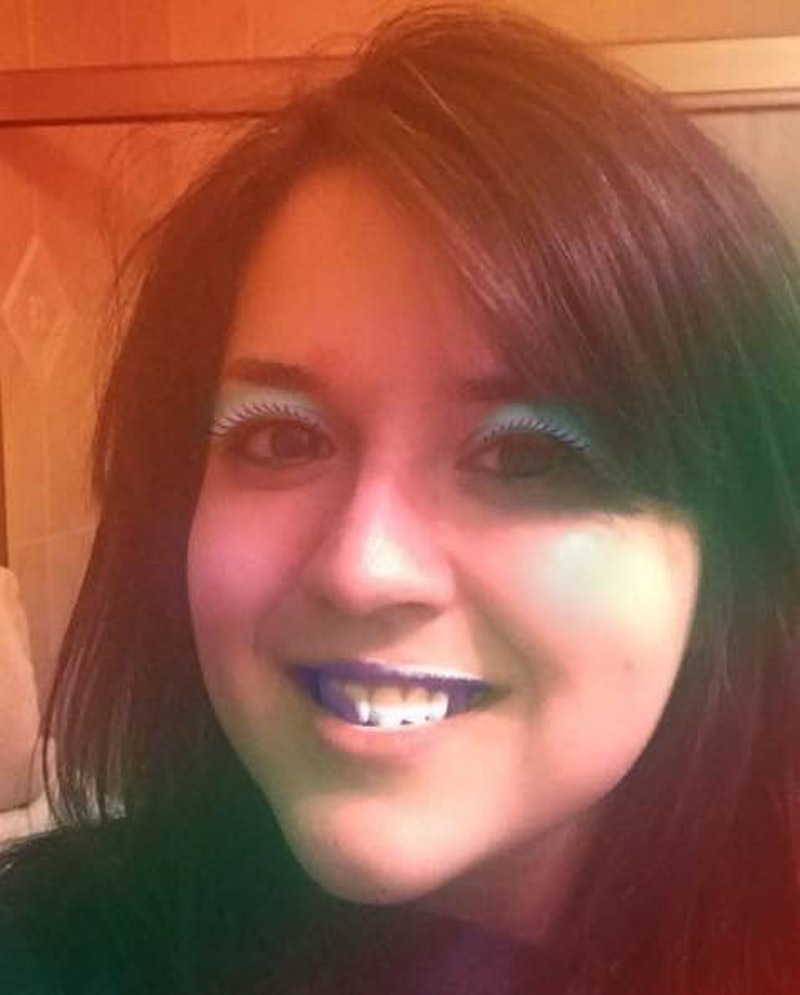 Access to photo retouching used to be restricted to those with a basic knowledge of Photoshop; but now, thanks to various smartphone apps, photo retouching is available to nearly everyone. With just one simple swipe, an Instagram feed can easily morph into a seemingly professional photo series — which, depending on personal predisposition, can be either a great or terrible thing. Photoshop has plagued magazines for years, projecting computerized images and ideals of beauty that even the subjects themselves can barely obtain.

Unfortunately, it's no longer shocking to read about dramatic re-imaging in popular publications. What does come as somewhat of a shock, however, are the various instances of retouching on Instagram, be it in celebrity-land or in real-life. We've all read the stories of popular celebrities (who, interestingly enough, always happen to be female) getting caught in the act, but it's likely a retouched image has popped up on your feed unknowingly. Retouch apps provide Photoshop to the masses, transforming virtually every part of everyday life into something it really isn't.

After learning that more people than I initially believed used retouch apps, I decided to give them a go. Would they be easy to operate? Would they actually work? Would they be worth the time? How would using a retouching app and then posting a photo on Instagram make me feel? After a bit of Internet scrounging, I decided to download a few of the most promising and then hoped for the best.

Of all the retouching apps, Facetune ($3.99) is definitely one of the best. First off, when it comes to photo apps, I have an expectation that the interface be aesthetically pleasing. Facetune passes the test with flying colors, offering a pleasant and streamlined set up. Secondly, the app itself is surprisingly easy to navigate and properly use. As someone with Photoshop skills set strictly limited to cropping, too many tools and tricks can be a bit overwhelming. Plus, this is an app after all — spending too much time with it would kind of defeat the purpose. This app negates that problem with quick and easy-to-follow video tutorials (two factors that make the inevitable re-watchings far more tolerable, not to mention informative) available for each and every tool.

Thirdly, the Facetune includes my favorite feature of any of the retouching apps: The ability to wipe away filters to accentuate particular colors. It's a great way to make the photo look different without changing the way you look. I felt like I got my money's worth, but I didn't feel weird about completely altering the way I look (a recurring problem in this experiment that I'll get to later).

As is to be expected with so many re-touching options, it's certainly easy to go overboard on Facetune. Too much smoothing and blurring and photos start to look like the covers of trashy romance novels. Too much reshaping and the background starts to look like someplace in Who-ville. Like any form of retouching, it's best to lean towards a path of moderation.

The greatest thing about Pixtr is its simplicity. As opposed to the plethora of options on Facetune, Pixtr offers one service — an automatic "Perfection" on a selected photo. Enter the app, select a photo, and tap "Perfect," and watch the program work it's magic. A few test runs proved the retouching alway resulted in just a few subtle changes, which, as mentioned above, is alway preferable. I have to admit I was a bit weirded out by an app that judged what needed to be fixed on my face, but I definitely did not mind the ease with which the results came about.

As seems to be the norm with smartphone apps, there are also a few built in filters to choose from to add on top of the final product, all of which don't seem to deviate too far from a basic Instagram filter. But, one huge plus to Pixtr is the ability to obtain photos directly from Facebook, Instagram, and Snapchat — if you grant the app access, of course.

(Do I have something on my teeth?)

Oh, ModiFace. I knew after the success of the first two apps that I was bound to encounter one that resembled the computer programs of years past. You know, the ones where you could apply makeup and change your hair color in theory, but in actuality nothing every really worked out? Yeah, that's ModiFace. Just like those games, ModiFace seems like a cool idea, but it just falls flat.

To begin, the app is full of ads. Yes, that's normally the price to pay when the app is free, but it will never cease to be annoying. Moreover, the selection of makeup add-ons is extremely limited (we're talking three options max) unless you want to pay. But perhaps most frustrating of all, you have to pay to slim your body and face, which is aggravating not necessarily because I wanted to use it, but because it implies that this company knows body slimming is something users will want to do so badly, they'll pay money for it. Which just simply shouldn't be the case.

Other than that, the app is just plain clunky. The ads (both embedded and pop-up) make things tough enough as it is, but then factor in the dated design and it's just all sorts of a mess. The app is definitely good for a laugh, but not really for any serious selfie improvements.

(Tried to be subtle, but just ended up all pixelated.)

Of all the apps on this list, Perfect365 was by far the most shameless. Advertised with a tagline that proclaims Perfect365 is the "easiest way to make you look great," the app holds no qualms about its purpose. It's meant to make your photo look blatantly retouched, to look entirely different from the original image.

Like ModiFace, Perfect365 offers a variety of makeup overlays in addition to the expected skin smoothing and blemish erasing. From blush and foundation to eyeshadow and liner, Perfect365, however, provides far more options for free. Plus, along with an easy to control customization of each makeup item, Perfect365 also allows users to choose from a variety of set looks best described as filters for your face. But, with categories broken down in "Romantic," "Glamour," and "Wild" (which contain filters labeled as ridiculously as "Velvet," "Gleeful," and "Gremlin"), the filters yet again provide more of a laugh than any legitimate retouching.

And again, perhaps my biggest issue with Perfect365 is its blatant catering to women. With its purple color theme, whimsical font, and icon — a female in silhouette — the app just makes me all sorts of uncomfortable. Like Bic Pens for Women, I just can't overlook the cliché pandering to a female consumer, for it dramatically undermines any strides in promoting ideals of unique and natural beauty to women while simultaneously promoting trite gender stereotypes. Simply because I'm a woman doesn't mean that I'm partial to purple and/or that I want (or need) to change how I look.

Are They Worth It?

In the end, I don't think I'm fit for retouching apps. I'm not entirely opposed to them — if they make a user feel a bit better about how they look, then maybe that's a good thing, so long as it doesn't go too far. Obviously, if I'm having a photo seen by hundreds, thousands, or even millions, I would want to smooth out that zit on my face, too. Plus, I really do love the visual effects available by apps like Facetune.

That being said, however, I'm certainly not in full support of their use. Like magazine retouching, smartphone retouching apps don't seem to be disappearing anytime soon. But, that doesn't mean they're okay. In a world dominated by altered images (on magazines, billboards, and bus stops) retouching for the purpose of social media is the last thing we need.