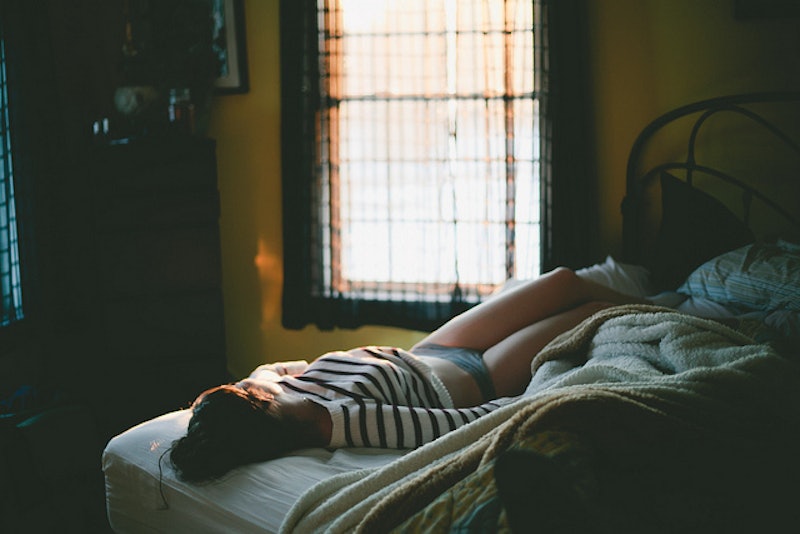 Oral sex can be pretty divisive. While some will swear by it as their favorite sex "thing" — maybe even more so than intercourse — others are not that into it. That goes for both sexes, and both giving and receiving. And, there are a ton of myths out there. Is semen good for your skin? And is oral sex safe? A lot of what goes wrong in the oral sex "equation" is perception. Some see it as submissive, while others see it as the ultimate form of control. Some doubt its romance while others see it as the ultimate trust and intimacy. And, of course, there's the whole issue of reciprocity — is there any bigger insult than someone you go down on who won't go down on you? Ouch.

Politics aside, different strokes for different folks. Perhaps oral sex is the cilantro of sex — people either love it or hate it! But if you aren't yet on the oral sex bandwagon, perhaps there are a few elements youIs should consider. We consulted some experts on the nitty-gritty about oral pleasure. You may find you want to give it another (and another...!) chance.

Here are seven things everyone believes about oral sex that aren't true.

Counter to popular belief, oral sex is not guaranteed to make anyone orgasm. Even if it is “done right.” "Some people love it as foreplay, others aren’t interested at all. Ask your partner what they enjoy, and trust them with the answer they give," says Lee Harrington, Sexuality Author & Educator.

“People believe that going down on someone is the same as submitting to them. That often isn’t the case. Their genitals are in your mouth, and that means that you can be dominant and powerful too. The capacity to bite someone can keep them in line," says Harrington.

“Oral sex is something I have always involved myself in when I'm with a partner, because it to me is a very intimate thing to have that type of close contact with someone and be completely comfortable," says Jillian Janson, adult actress. It's always important to find out the keys areas that please your partner the most, such as teasing the clit, because that's where we will feel the most intense orgasms. If someone is able to get you to reach maximum orgasm, then it's honestly the best feeling in the world.”

Myth #4: Erectile fluid is good for your skin

"I don’t know how many people have had 'facials' with the belief that allowing a man to ejaculate on your face would make your skin clear up," says Dr. Laurie Bennett-Cook, a clinical sexologist. No. This is just not true.

Not true. While it is can be more challenging to contract an STI through oral play it is still possible. Herpes, Gonorrhea, HPV, Syphilis and HIV/AIDS can all be transmitted during unprotected oral sex. Taking a minute to make a good visual of the area you’re about to put your mouth is a smart idea. If you are the least bit uncomfortable either use protection or don’t play, says Bennett-Cook. Whatever your decision, it’s yours to make and be comfortable with.

Myth #6: You should always brush your teeth before oral play.

Wrong. If you’re planning on doing any mouth to genital play do not brush your teeth just beforehand. Your breath may smell better (just before you go down south) but the micro abrasions and tears sometimes caused by brushing and flossing can actually make you more at risk for contracting an STI, says Bennett-Cook.

Myth #7: Spitting is safer than swallowing/swallowing is better than spitting.

Neither. Technically, the safest way to give a blow job is with the use of a condom. "But seeing how that’s unrealistic for some, I like to educate clients to swallow or spit but don’t let it sit! Allowing semen to sit in your mouth while you swish it around trying to think about what to do with it, especially in your freshly brushed mouth, increases your risk for contracting an STI," says Bennett-Cook.