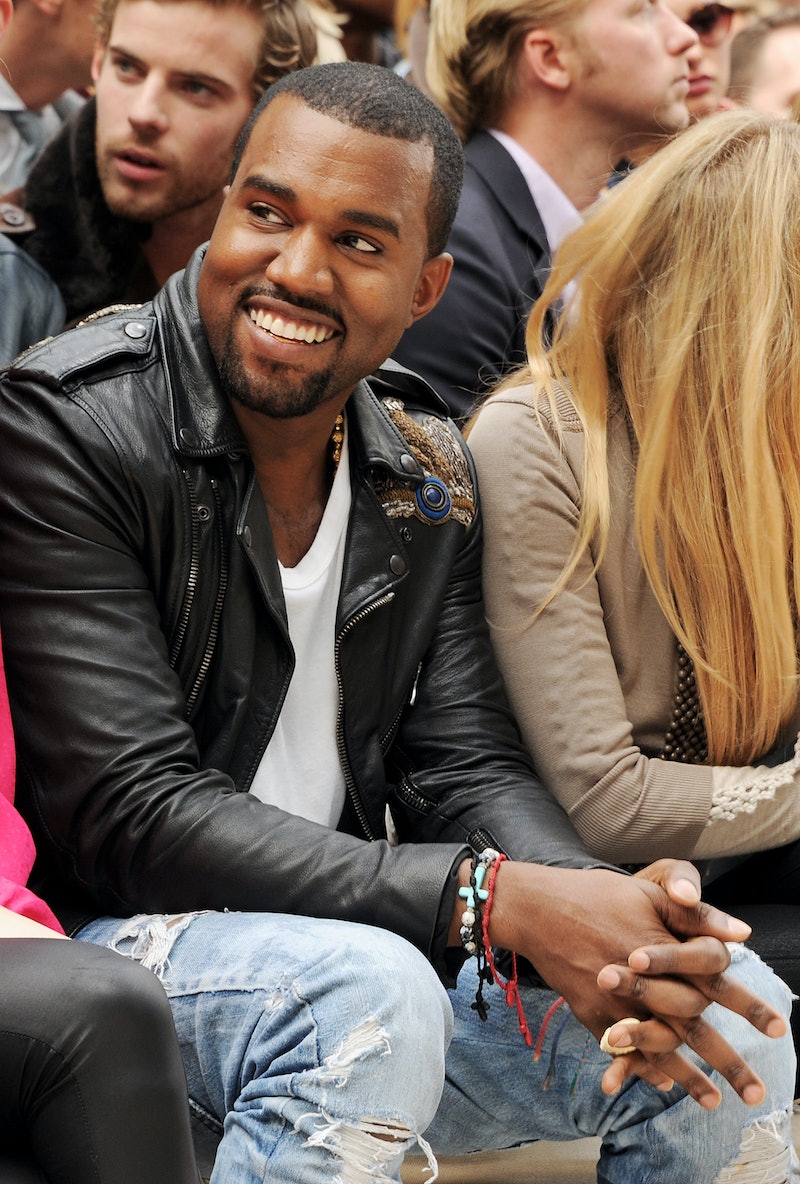 Know how every time you pass an accessible body of water, your inner child sneakily urges you to jump in and just splash around? You may ignore it for the sake of not looking like a crazy person, but Yeezy doesn't really need to. Case in point, Kanye West jumped into a lake during a surprise performance in Armenia this weekend. Inspired by his playful abandon, the crowd around him followed suit and jumped right in after him.

Basically, it was like the opening titles of Friends, except with Kanye West, and thousands of his fans who were lucky enough to just be around to go to a free concert. The New York Daily News reports that over 3,000 people came out to see West's impromptu show on Sunday in downtown Yerevan, the capital city of Armenia. He's currently accompanying his better half Kim Kardashian and some other Kardashians on a tour of Armenia to get in touch with their roots. It looks like he's being a supportive husband, and making some new friends to boot.

And life-long friends he made! All it took was one running leap into a pond, and Kanye's audience abandoned their reservations and went in after him. It's predictably insane to see the cluster of selfie-snapping bodies form around him. Eventually, security stepped in and extracted Kanye from the mob, but he was seemingly in a great mood. He made some memories that would last a life time, and met some really unforgettable people.

With that, here is the supercut of Kanye's impromptu concert dubbed over with the Friends theme song. Somebody had to do it.

More like this
Pete Davidson Runs To Shower With Kim K In 'The Kardashians' Season 2 Trailer
By Jake Viswanath
Kanye West Has The Most Kanye Reaction To Kim Kardashian & Pete Davidson's Split
By Jake Viswanath
Kim Kardashian Pays Homage To Kanye West’s Fave Film In New Swimwear Pics
By Bustle Editors and Maxine Harrison
Are John Legend & Kanye West Still Friends? The Singer’s Latest Update Is Candid
By Brad Witter
Get Even More From Bustle — Sign Up For The Newsletter