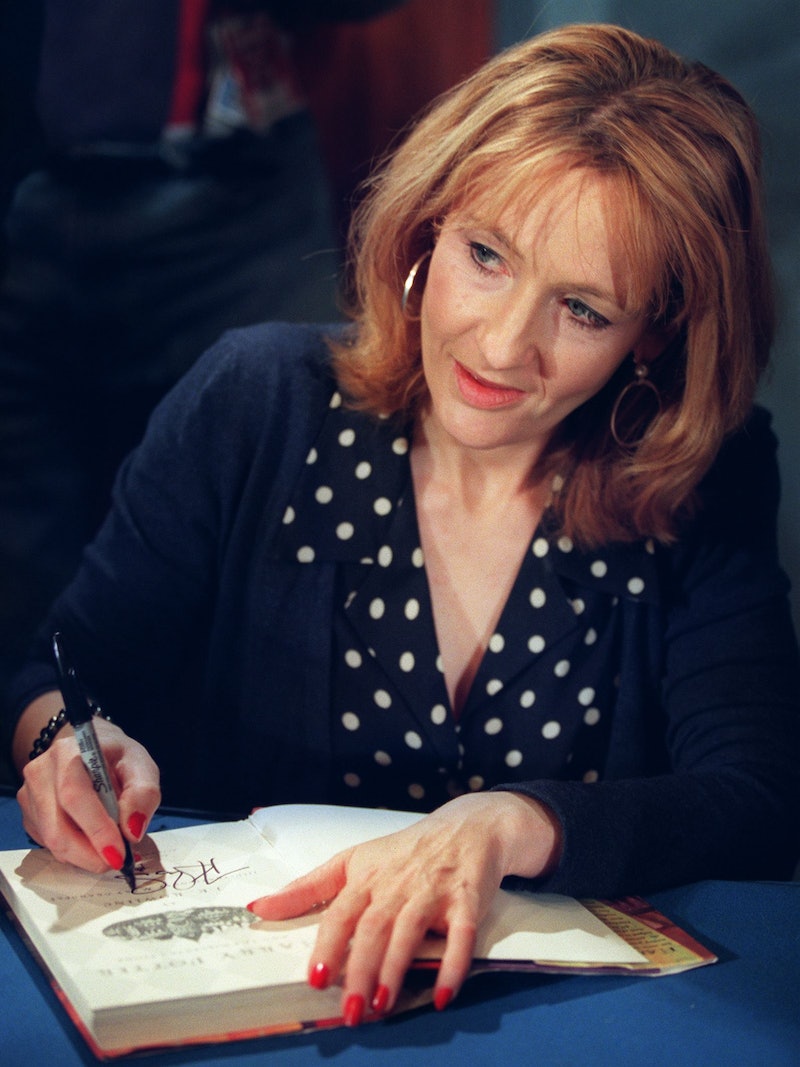 What? WHAT? Could it be? Is J.K. Rowling writing a new Harry Potter book? The author says she would consider it, at least someday. So will we live to see Harry Potter 8? And what would such a book involve?

Speaking on the program Today, Rowling said that she hasn't ruled out writing another Harry Potter book. "I have always said 'never say never.' I've always said I'm not going to say 'I definitely won't,' because, because I don't see why I should say that," she said. "You know, it is my world and I might choose to step back into it."

Which is certainly true, and as we have seen Rowling has been reluctant to leave the world of Harry Potter behind completely, even though she has since written three unrelated books. Rowling has continued publishing original short pieces on her website Pottermore, and has also been hard at work on the screenplay for Fantastic Beasts and Where To Find Them , which is also set in the wizarding world of Harry Potter. And it's easy to see why she wouldn't want to close the door on returning to that world in whatever way shape or form suits her — it's one of the most engaging fictional worlds ever created, one that's inspired millions.

Still, Rowling told Today that she doesn't have immediate plans for another book in the Harry Potter series, and that we shouldn't be holding our breath for an eighth book.

This might actually be for the best, of course. After all, the epilogue in Harry Potter and the Deathly Hallows makes it pretty set in stone where all the characters end up as adults, and while a sequel would probably be set well before the epilogue, it would take some of the suspense out of the whole thing. (Not that I'm complaining — after all the terrible things that Harry and his friends had to deal with in their teenage years, it was kind of nice to know they wind up normal and happy.)

Still, if Rowling wanted to do a story following the events of the seventh book, I have absolute faith that it would be excellent, simply because Rowling wrote it, and she hasn't let Harry Potter fans down yet. So if she does decide to publish a book about Harry, Ron, and Hermione helping round up wayward death eaters or rebuild the Ministry of Magic or, honestly, sit around the Burrow and trade chocolate frog cards in between therapy sessions, I would totally read that.

Even better might be if Rowling decided to write prequels to the series, or to write a series about the next generation of wizards. On fan fiction sites, stories set during the school days of Harry's parents or stories about Harry, Ron, and Hermione's children going to Hogwarts are very popular, both for writers and readers. So if Rowling ever wanted to supply a canonical version of either of those, I imagine fans would be eager to read it.

For now, it seems, Rowling isn't working on any such projects. But it is nice to know she hasn't closed the door on any possibilities.

Correction: An earlier version of this piece named the BBC program Today as the source of J.K. Rowling's quote. The source was NBC's Today show.