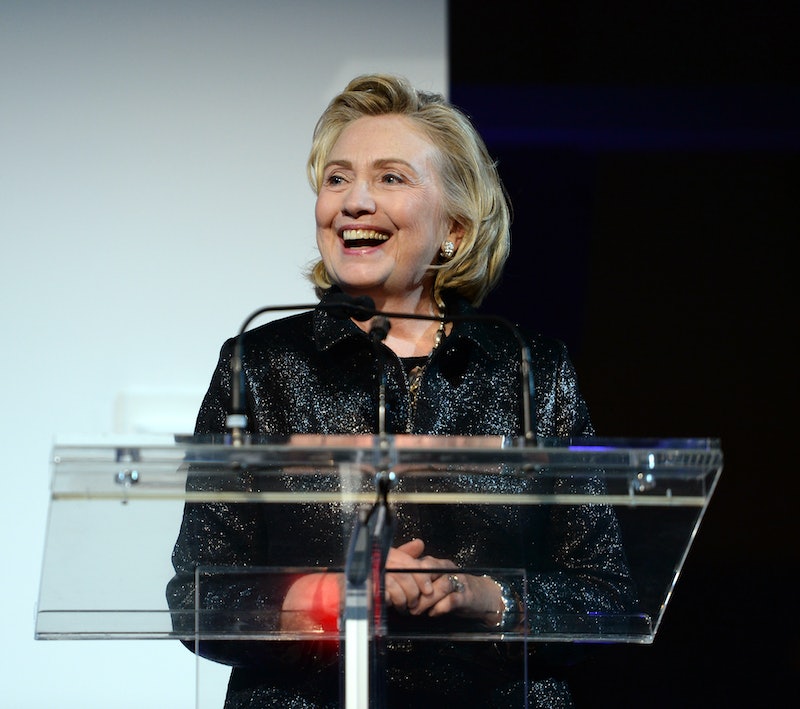 While Hillary Clinton’s chances at becoming the next president already look quite good, they got a big boost today as billionaire and conservative boogie man George Soros joined the Ready for Hillary super PAC. He’ll be the co-chair of the national finance council; this commits him to raising at least $25,000 for the PAC, but given Soros’s ridiculous wealth and past campaign contributions, he’ll probably end up giving a whole lot more if and when Clinton declares her candidacy.

Many on the right view Soros as an almost supernatural liberal demigod, pulling the strings behind the scenes in an attempt to upend the global economy and create a New World Order . That was the topic of an hour-long Glenn Beck special three years ago, appropriately titled “The Puppetmaster,” but there are plenty of other Soros conspiracies as well. So many, in fact, that there’s a Wikipedia page for “George Soros conspiracy theories” (go on, look for it, it’s there).

In truth, Soros is a rich liberal guy, and that’s basically it. Most of the horror stories about him stem from the fact that, in 2004, Soros spent $24 million to defeat George W. Bush. Conservatives were clearly outraged that an outsider would pour millions of dollars into defeating a president; they were somehow able to contain their rage in 2012, when the Koch brothers pledged to spend $60 million to defeat President Obama.

Soros’s presence at the super PAC will help Clinton in two ways. Obviously, it helps to have a ton of money behind a presidential campaign, but in getting involved so early, Soros is also helping clear the field for Clinton, should any other Democrats be silly enough to challenge her in a primary. It’s unclear exactly how much Soros plans to raise, but having such a financial powerhouse behind Clinton so early on will, at the very least, cause other prospective donors to think twice before throwing their money behind any of Clinton’s potential challengers.