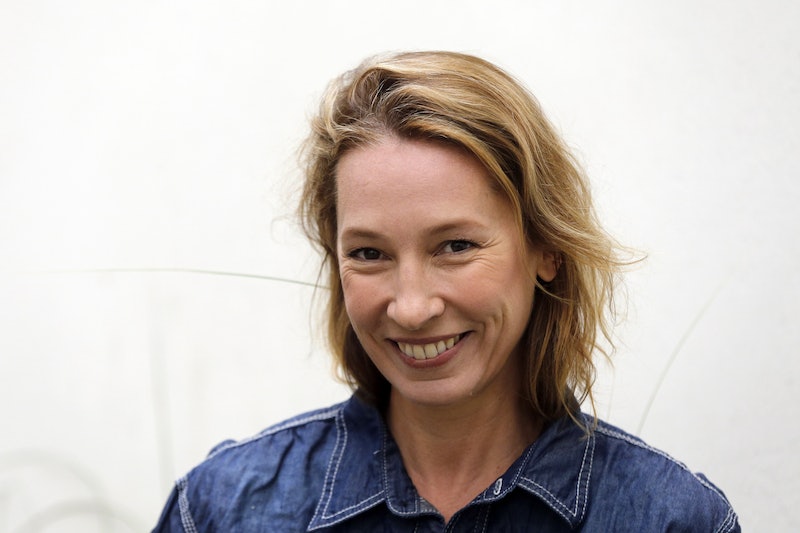 The most glam of all the film festivals, Cannes, is due to release the film schedule of films for their 2015 festival running from May 13th to the 24th, but on Monday, they made a surprising announcement: the opening film will be La Tête Haute from director Emmanuelle Bercot. It's a surprising but long overdue move — as IndieWire notes, "this marks the first time that the festival has opened with a film directed by a female director since 1987, when Cannes kicked off with Diane Kurys' A Man In Love." You would think that a festival that touts itself as a venue for much Higher Art, they'd be devoid of the same sexism that plagues the mainstream film industry, but we can't have it all.

Thierry Frémaux, the director of the festival, acknowledged choosing La Tête Haute instead of a bigger, flashier film like in past years (whihc included Baz Lurhhman's Great Gatsby). Bercot's work follows the

It is a clear reflection of our desire to see the Festival start with a different piece, which is both bold and moving. Emmanuelle Bercot's film makes important statements about contemporary society, in keeping with modern cinema. It focuses on universal social issues, making it a perfect fit for the global audience at Cannes.

It's a smart and timely move for Cannes, after the festival came under fire last year with accusations of inherent sexism in the industry. New Zealand director Jane Campion, who is the only woman in the history of the festival to win the highest prize the Palme D'Or for her film The Piano in 1993, called attention to the lack of representation during the selection and jury processes.

She noted too, though, that director Frémaux was hopeful, at least in 2014, about the slow progress Cannes was making. Campion said that "Frémaux, who as general delegate runs the festival, was “proud” that while only 7 to 8 percent of the 1,800 films submitted for competition were directed by women, 20 percent of the films chosen were made by female directors."

Those stats still don't hold much water, though, since all it really says is that women filmmakers contributing to Cannes have to work so much harder to compete. Which is why 2015's festival could actually put change in the water, honoring incredidble female artists like Bercot and many more to come that deserve a chance at a Palme D'or just as much as anyone else.

More like this
Gassed Up Promises All Things Action, Risk, & Redemption
By Frances Stewart
Twitter Is At Odds Over Taylor Swift’s Possible ‘All Too Well’ Oscar Run
By Brad Witter
Everything To Know About The Musical 'Joker' Sequel – & Lady Gaga’s Role
By El Hunt and Sam Ramsden
'The Capture' Is Finally Back – & S2 Looks Tense AF
By Sophie McEvoy and El Hunt
Get Even More From Bustle — Sign Up For The Newsletter