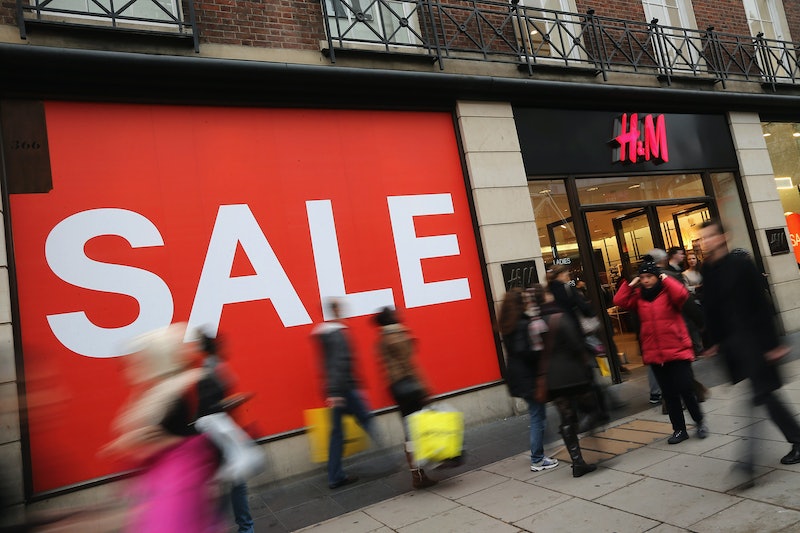 It looks like shopping has replaced chocolate as the newest form of an aphrodisiac. Finding deals is similar to the feeling of great sex, according to a study done by the University of Michigan. ABC's Nightline reported on that theory and found that shopping at fast fashion stores like Zara, H&M, and Forever 21 is comparable to the euphoric joy of an orgasm. Using facial tracking technology, a 30-year-old test subject was sent out to find sales and deals at her favorite stores. The tracker monitored her brain and then reported the woman's pleasure levels during her shopping trip, which reached a high point after she found a pair of pants that she had always wanted to buy.

“We decided to ask the brain rather than the person," University of Michigan professor Scott Rick said. "So we had people shop while having their brain scanned with functional MRI. We found again some subtle emotions underlying these shopping decisions.” The study found that the same part of the brain that is triggered by finding deals also happens to be the spot where the need for other catalysts of pleasure (like sex, drugs, etc.) is detected. That joyful and addictive experience is further enhanced the minute an eager shopper walks into one of these shopping establishments because stores know how to toy with your emotions.

“These stores are set up to set off your brain," marketing analyst Michelle Madhok told Nightline. "They’re hitting something at your human behavior that makes you want to buy. There’s the lights, the music. Sometimes they smell good, so it’s really immersing yourself in the feel-good experience.” On the other hand, overpaying gives a completely opposite experience for bargain shoppers. “There is this pain that’s associated with the spending, and to the best that we can tell, there seems to be this trade-off," Rick said. "It's waning off of pleasure versus pain when we are making that shopping decision.”

It's definitely something to think about in preparation for the inevitable onslaught of summer sales and (gasp!) Black Friday. Happy shopping!