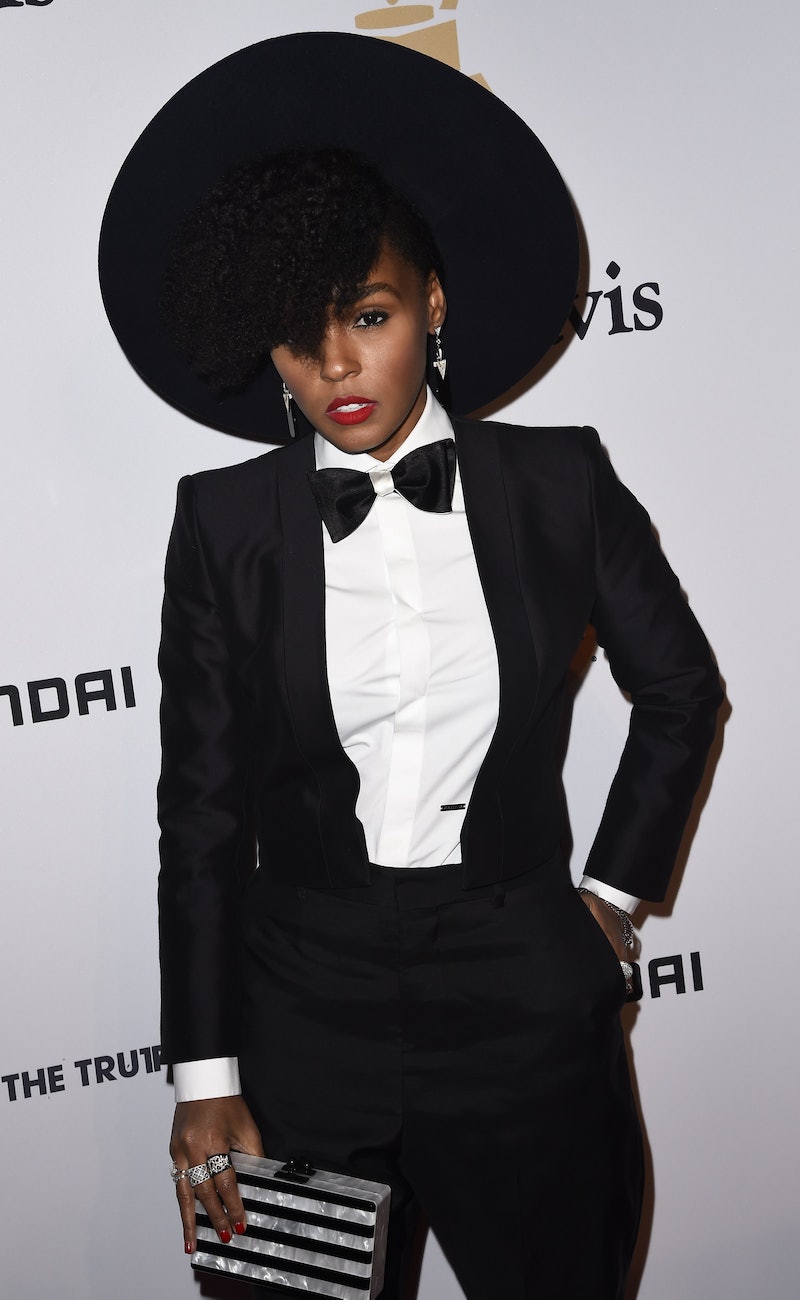 Janelle Monae is not just a boss. She is also boss. Want some amazing, day-brightening proof of the singer's boss-ness? Janelle Monae shut down a male fan who tweeted criticism of her "dumbass suits," suggesting she swap out "soulful" for "sexy." UGH.

It was some seriously unfounded criticism from someone who knows not of what he speaks. Monae shut this dude down on the quick, replying to his rude tweet by saying that she is "not for male consumption." She also told him to much take a seat, as well. And that was the end of that. I don't need to see any further tweets regarding this matter, because Monae's response is the period at the end of this sentence.

The petite powerhouse, who is known for her quirky, androgynous, and adorable style, often wearing black suits accessorized with her signature J. Monae flair, is not dressing to impress anyone of the male persuasion, thank you very much.

Seriously. Where does this guy get off? And I don't mean that sexually, because he made it clear that he doesn't view women wearing suits as sexy. But, like, who made him the arbiter of taste when it comes to the menswear trend and who chooses to wear it? Why is his opinion the yardstick by which sexiness measured?

Oh wait, it's not. At least not in Janelle Monae's beautiful and quick-retorting mind.

Really, Monae could not have had crafted a better or more impactful response. She didn't goad this joker. She didn't further stoke the fires. She simply shut him down and moved on.

Monae's signature is her take on the suit. But she adds so many sexy and feminine touches, like her red lips or her strappy heels.

Monae also wears her suits with confidence, and that is always sexy.

Add the fact that her face is a vision of loveliness and I'm left wondering how this Twitter hater can consider her anything but sexy.

But after her pitch perfect response, Janelle Monae has cemented her permanent #GirlCrush status.