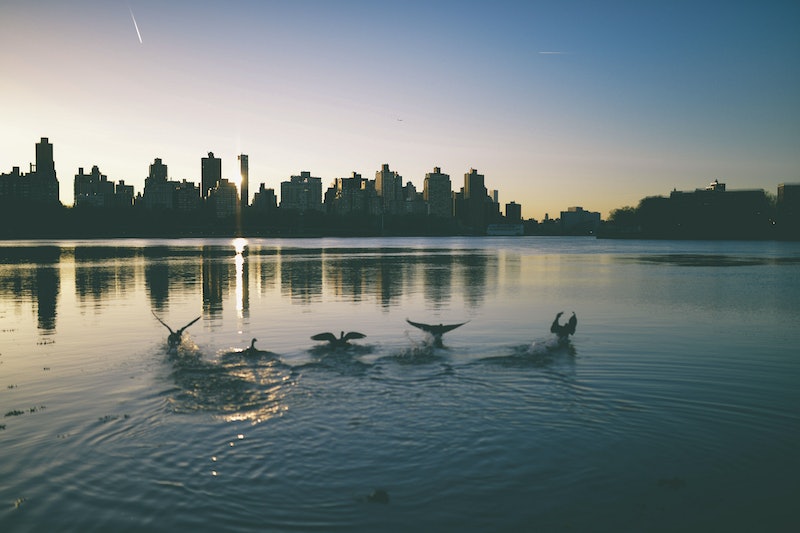 I think the image that comes to mind when you imagine a perfectionist is someone who prefers clean lines, neatly handwritten grocery lists, an angular blonde bob and a generally anxious outlook on all the potential wine stains and socially clanky brunches everyday life could bring.

These are the superficial concepts non-perfectionists associate with what is actually a very complex (not always pretty) thing. People don't really take "perfectionism" to be a sign of deep internal stress, as it never seems destructive enough to warrant concern, nor obvious enough to warrant question. It's characterized as the quirky friend in the rom com, the person who is tirelessly driven to succeed, or who is just generally proud; someone who has ambitious goals and will do anything to achieve them. To each path their own, right? (That's how we ultimately dismiss it in the way that we do.) The reality is that people who really suffer from perfectionism are usually dealing with a much darker personal reality, one that is (pretty intentionally) glossed over by how seamless everything else appears.

We all desire perfection in our own ways—ultimately, we want to mentally escape from having to accept that failure and imperfection and unknownness will always be present in our lives. It's also not necessarily uncommon (or devastating) to be particular, or desire a certain outcome and work to get yourself to it. But there is a difference between people who are called by what they love, and those who are pushed by what they fear. That line, to an outsider, will always be nearly indecipherably blurred. There is a gap a mile long between people who are genuinely ambitious and people who are so absolutely certain (and petrified) of their own perceived unworthiness. The latter type of person is so horrifically married to the flaws they see in themselves—whether real or imagined—that they'll do anything and everything to construct a life that they think convinces people otherwise.

Recovering and past perfectionists, at some point or another, have all had to realize that the illusions they were chasing didn't heal them. A better job, or body, or paint color on the wall, didn't make their lives better. All those things effectively did was keep them running toward a "happy someday." It kept them believing that fixing the outside would be the way to outrun their problems with themselves. (As we all know, whatever you run away from, you inevitably run your way right into.)

So here, some very important realities about finding the unprecedented joy in a less-than-perfect life; about understanding where the real magic happens, identifying when it's not ambition, but desperation, and the steps you often have to take to heal yourself from yourself. These are things that, at some point, every former perfectionist has learned:

They want to create unrealistic standards and then use those standards to measure and affirm the self-worth they don't believe they inherently have. The subconscious train of thought is: "If I could accomplish this... or be seen doing this, or look a different way, that would be the evidence I need to know that I'm not, actually, the failure I feel like." Often, achieving a perfect body or seamless Instagram feed or glossy résumé filled will accolades is actually the evidence they desperately need to affirm that they aren't as screwed as they feel they are.

Many people with all-or-nothing personalities have those "all-or-nothing" issues riding on whether or not they can convince themselves they're worthy of love, or acceptance. (It's why their "ambition" is at such an unreasonable extreme.)

2. They are masters at making their neuroses seem positive—which is why it is so insidiously derailing

So often, "perfectionist" is applied to someone almost as a compliment; these are the people who really care about their lives. They're the people who "have it all together." On the outside, they seem like very motivated, happy people. They can easily justify their workout obsession—it’s healthy! Their inability to disconnect from their phone—they have careers! Their lives seem to be about "creating good things" but really? They’re about “creating proof that they're not failing." It's not that perfectionists can't be, in fact, healthy, career-minded, ambitious people. They frequently are. But the obsessive need to embody these traits, and acquire these demonstrations of excellence as a means to feeling validated and worthy? There's nothing good about that, and it's the part of being a perfectionist that undermines all the "positive" manifestations of this mindset.

The difference isn't that hard to spot: Perfectionists have a more compulsive, obsessive, manic, desperate energy surrounding the need for these things. Their accomplishments are not "how much they enjoyed their life" but "how much they could sell people on whether or not they lived a good life."

3. They are less invested in what something is, and more about what it says about them

The things perfectionists try to manipulate into appearing perfect are not actual experiences, so much as they're symbols. They want more money, or to appear more financially secure, when money is really only a symbol of wealth. They want to be in shape, when fitness is only a symbol of health or control or discipline. Everything is about what they can define, so they never really live in the moment—any moment.

They're so inherently disconnected from their true selves, from the power and beauty of the moment at hand, that they must find an immediate cure for that deep sense of misalignment. The image of something, the idea of it, tends to be the next-best thing to what they can't seem to grasp: which is real love, or joy, or presentness, or acceptance.

4. Their confidence is dependent on other people's opinions of them, and they exist in a perpetual cycle of postponing their happiness (and avoiding their real problems)

And the whole concept of "how people perceive you" is another image you hold in your mind: no two people view you the same way. No one person has only one opinion about you. The logic is so flimsy, but that's often never realized. The idea of who could love you (if only you were good enough) takes the place of actual love—at least, for a little while. And in the meantime, you can postpone having to actually deal with what's wrong by saying you're "working on yourself," or "creating a new life" or whatever else perfectionists tell themselves and others to make excuses for not fully being present in their lives as they're being lived, opting instead of hang back in a self-appointed "building phase" where they promise themselves a better, more fully lived life at a later time, when they've become better versions of themselves. It all goes to say the same thing: "I'll start living later. It's too much for me to face now, so I'll dismantle and fix something that I know I can control."

This later time where you can really live your life? It never comes for most perfectionists. The "building phase" will last forever. Because it's not about achieving the actual things on your Big Life To-Do List—it's about trying to fill a sense of personal lacking that will never be filled.

5. They don't understand the difference between the kind of settling that is accepting less than you're worth and the kind that's being grounded and grateful for the particular life you have in the moment

The rationale behind a perfectionist's unwillingness to accept the life they have is simple: If they do so, they are settling for less than they desire. If they were happy with things as they are, they would cease chasing more, and they would inevitably end up with the same things that seem to bring them so much dissatisfaction now.

The reality is that if the only thing that drives you to chase more, become more, create more, is that you don't want to live with what you already have, your entire life is being manipulated by fear, while convincing you that it's love doing all the work. Accepting who you are and what you have will give you the freedom to evolve. You have to be coming from a place of peacefulness first. Things end how they begin: fear and pain-driven goals yield fearful and painful outcomes, inevitably.

6. They've yet to discover that there's something much, much better than being perfect

There is another way, a better way to conduct your life, and it's one that doesn't just accept dimples and bellies and averageness, but one that realizes being loved for those things is the most powerful experience of all. There is such a thing as a “better than perfect life” and it consists of experiencing everything you desire, and think perfection will earn you, all the while being your flawed, imperfect, beautiful self. The ways in which you misalign with the ideal are what makes you what you are. They're not calls to re-create yourself to appear like everybody else. They are the gaps and lines that other people and jobs and cities and experiences are meant to align with and fill. Not as a matter of letting other things make you whole, but as letting your jagged edges outline the life that is most inherently yours—not one you have to change to fit in.

7. They try to rationalize their lives, quantify and sum them up, and confuse that good feeling for what it really means to get out there and live

"When you try to tread water, you inevitably sink... when you release and accept that you could drown... you just begin to float." It's often referred to as the law of reversed effort, and it's powerful as hell. The reality is that the best things in life need not be cultivated, thought about or defined. There's no logic surrounding why you love someone, or how your life is good enough—it just is. It just feels that way. Trying to define it, symbolize it, marginalize it, merge the aspects of your experience into one neat story you could tell at a cocktail party in under 20 seconds? That's not the kind of life we're really after, and that's why it's so painful to chase and attain.

Your messy, beautiful, gross, sad, weathered, tired, saggy, fat, tense, exciting evolution of a life is not meant to fit within the lines someone else carved. Our brains can only comprehend what they've known. Releasing the need to be perfect is moving past the need to intellectualize as a matter of making an experience meaningful. Just be in it. Feel it as much as you possibly can. Forgive yourself when you can't. Allow things as they are. That's the magic in unlearning the need to prove yourself to yourself. It's all in the details.