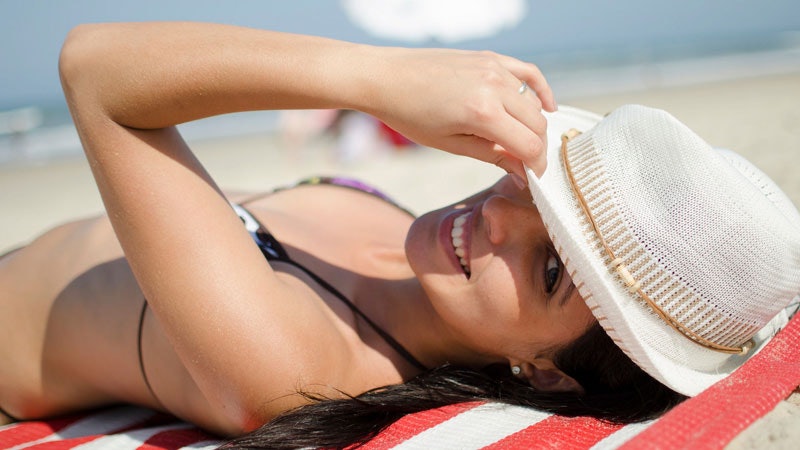 In the introduction of her new book Body of Truth: How Science, History, and Culture Drive Our Obsession with Weight and What We Can Do About it , journalist Harriet Brown recounts a time when she sat in her therapist's office crying about her body: its unruliness, its messiness, its sheer size. How to love your body is a question that so many of us (97 percent of us, according to a survey by Glamour in 2011) struggle with as we hate on our physiques every day.

Combining solid factual research (Brown has combed hundreds of scholarly journals, decoded the methodology of dozens of studies, and interviewed dozens of doctors, sociologists, and other weight-related "experts") with personal anecdotes (from her own life and women interviewed for this book), Body of Truth is a must-read for anyone ready to start shaking this fat = bad, thin = good obsession that Brown says "is bigger than all of us."

Brown wants the culture at large to challenge conventional ways of thinking and talking about and treating the idea of body weight, but she also wants better for us, her readers, as individuals. No, you don't have to stand in front of the mirror and tell your reflection you love yourself (Brown doesn't even like that route). You just have to consider the facts. Here are nine ways Brown's book can help you love your body now. Because, yes, you are more than a number.

Listen to the Words You Use

"The words we use to talk about our bodies have changed," writes Brown. "We're no longer plump or chubby, stocky or stout or husky; now we're overweight or obese, words that connote facts and figure, illness rather than aesthetics." Categorizing different weights by BMI is advantageous for doctors and the healthcare industry at large: more to treat, to prescribe, to schedule a follow-up with. Brown favors the word "fat, which is based in description rather than judgement." For some of us, this may require an attitude adjustment. Still, strive to describe rather than deride yourself!

"What we think we know either isn't true or doesn't mean what we think it means," Brown writes, especially when it comes to weight and health. Shifting standards, biased studies, compromised ethics: the deck is stacked against an objectective assessment of the relationship between how much you weigh and how healthy you are. Americans are getting fatter every year? No, Brown contends. Or, at least, not entirely. First, BMI, a ratio of height to weight, categories were altered. "Before 1998," Brown reports, "the BMI chart had only three categories: 'underweight,' ... 'normal,' ... and 'overweight.' Those cutoffs were revised downward in 1998 to where they are now, and a category for 'obesity' was added." We shouldn't be comparing stats from before the change to after.

Although Brown acknowledges that we Americans (and animals, for that matter) are heavier than we were in the 1960s, we're also taller — and our environments are filled with all kinds of contaminants (BPA, anyone?) that could be responsible for expanding waistlines — not, as the health community at large would have you believe, simply because "we eat too much. We eat the wrong kinds of foods. We exercise too little." In fact, Brown notes, we eat more fruits and vegetables now than we did in the past!

Dissing Your Body Is Bad for Your Health

Most Americans — or at least the 50 million that every January go on a diet, according to Brown — probably believe dieting ups health. Really, though, the only sure thing dieting improves is your likelihood to binge eat and experience body dissatisfaction down the road. A solid reason to stop slamming your appearance? It's just plain bad for you. Brown reports that, "in one 2014 study of nearly ten thousand people, those who were unhappy about their weight – whether they were thin, overweight, or obese – WERE MORE LIKELY TO GO ON TO DEVELOP TYPE 2 DIABETES, especially if their dissatisfaction went on for years." (Emphasis mine.) Um, what?!

Repeat After Me: Weight-Loss Is (Usually) Temporary

Brown has found study after study that show dieting changes metabolism. One reported that "people who have intentionally lost weight use 15% fewer calories than non-dieters." According to Ashley Skinner, a research professor of pediatrics at the University of North Carolina in Chapel Hill, "'if someone loses weight, they will never be like a thin person ... They will always need fewer calories ... and exercise to stay at that lower weight.'"

Step Away From the Skim Milk

...for now. Lipiphobia, or fear of fat, is what some experts chalk up our national weight gain to. Back in the '80s, when carbohydrates were touted as the ideal food and fat was demonized, sugar-free and fat-free products ruled the supermarket. These days, though, eggs and butter and (gulp) whole milk are having their moments. But no foods, Brown argues, are really "bad" foods. Though she's not a fast-food fan herself, Brown wants readers to know that even medical professionals only kind of understand how different bodies process different calories.

And while we’re on the topic of calories, let's debunk that age-old notion that weight loss is as simple as "calories in, calories out." "Back in 1989," Brown writes, "two of the best-respected weight researchers in the world, sociologist Jeffrey Sobal and psychiatrist A.J. Stunkard concluded, 'Even when food intake and energy expenditure are carefully monitored in field studies, the relationship between energy intake and body weight is weak.'"

Can I say it again? Enjoy your food! According to Brown, one of the integral parts of metabolization is pleasure. "The more we enjoy our food, the more efficiently our bodies make use of its nutrients." Slow down and savor the foods you love. Accept them and acknowledge them! Experience their appearance (cute macaroons, anyone?), their smell, their taste. As Brown writes, "you can't feel satisfied after a meal if you're barely aware that you're eating it."

Give Your Eyes a Break

...from what advertisers tout as beautiful. We all know that the models and celebrities we see on magazine covers and billboards are more often than not Photoshopped or retouched, but that doesn't change their impact on us viewers. According to Brown, "one minute of exposure to an image of a thinner-than-average woman is enough to shift our perceptions of attractiveness to a thinner ideal." Look at the people — the real people — around you. Cultivate an appreciation for actual bodies and faces. Stop thinking of blemishes as blemishes. Remember what we learned about dissatisfaction?

Be Part of the Change

"There's evidence that fewer American women are dieting now than in previous years," Brown writes. "We're starting to talk about health rather than weight — at least occasionally." No matter how you commit to loving your body, know you're in good company.

Body of Truth: How Science, History, and Culture Drive Our Obsession With Weight and What We Can Do About It by Harriet Brown, $11, Amazon