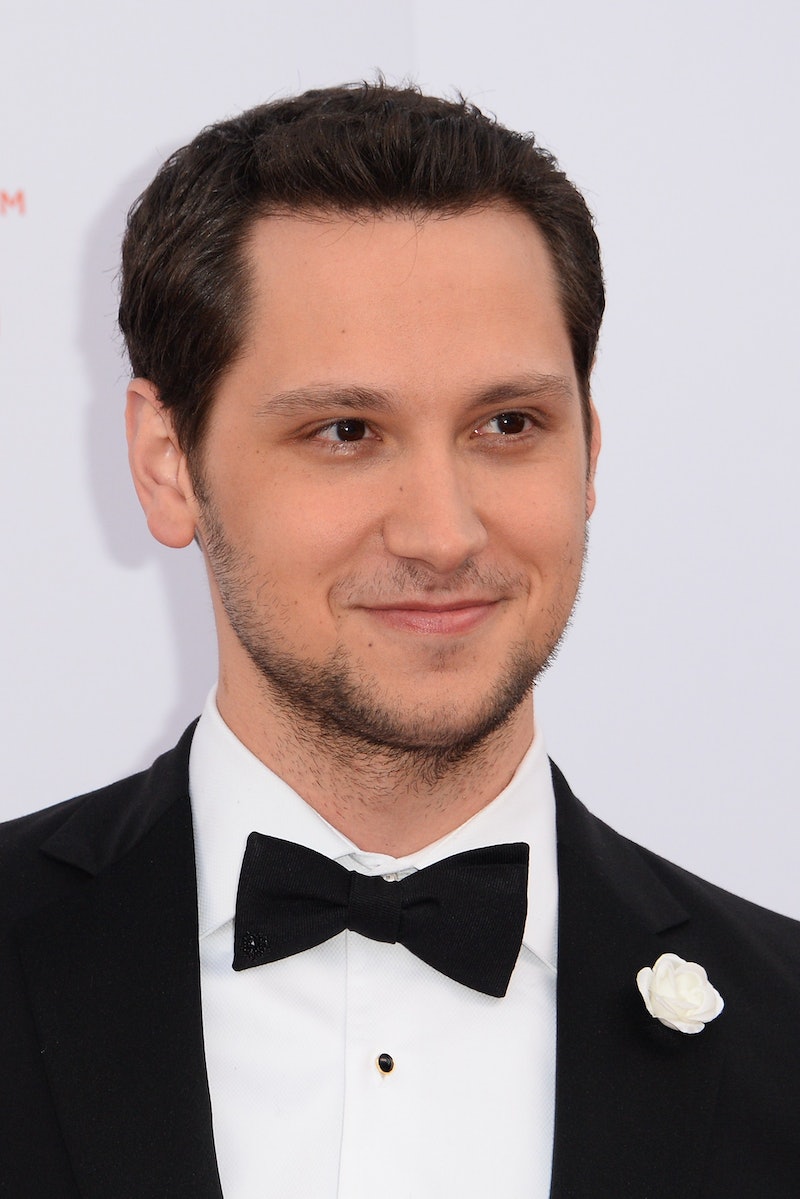 Matt McGorry's Orange Is the New Black character has some serious issues when it comes to respecting women, but he couldn't be more of a mensch in real life. McGorry is a vocal feminist, and has been devoted to becoming more involved in learning more about the fight for gender equality in recent months. On Wednesday, OITNB 's Matt McGorry wrote a thoughtful essay about Equal Pay Day. Though McGorry is as he puts it, a "newb" to feminism, it sounds like he's been really doing his homework and thinking deeply about the issues.

The How To Get Away With Murder actor hashtagged his nearly 900-word Facebook caption with #HeForShe. In an accompanying video, McGorry admits to spending two hours writing the caption, hoping that it would fit in the character limit. The caption — which is really more of an essay — discusses the injustice of various kinds of double standards between men and women in the work force. "I am by no means an expert in the topic, but I do believe that with a strong sense of ethics, morality and empathy, one should have most of the traits necessary to understand and want gender equality," says McGorry. "And ALL equality, for that matter." PREACH.

From wages, to maternity/paternity leave, to differing social attitudes towards ambitious men and women, McGorry covers a lot of ground. Calling out people who dispute the statistic of women making 78 cents for every dollar than men make, McGorry gets fired up, saying "Let's be honest. We all KNOW that women make less than men." He then addresses people who attempt to justify the wage gap:

And then there’s any number of other arguments including that men are doing more work, getting higher levels of education in higher paying fields, don’t take off for maternity leave, are generally more aggressive in their careers, or any number of other things that people might say to justify the wage gap. The problem with that is that in an enormous amount of cases, women are less likely to be given an equal shot at their careers as men are.

That last sentence is the perfect thesis in a very well-constructed persuasive essay. Moving on, he discusses the obvious unfairness of how ambitious women are viewed as "bossy" and ambitious men are praised for their drive. These social attitudes will only hold young women back from being fully actualized, professionally and otherwise. He says:

By limiting girls and women with our own ignorant misconceptions, we are preventing them from having the greatest possible chance to succeed in their careers (and in life generally). This makes it less of a choice for women to pursue their careers and more of a societal, coercing “HINT HINT”ing that they shouldn't.

A great example of the implicit discouragement that McGorry mentions is the question of women being able to "have it all." Even in the 21st century, society still conditions girls to believe that having a career and a family are at odds. Young men, however, have never had to face this question. McGorry ends his essay with a call to action:

We need to create a society where girls and women are getting the same encouragement and support to build their careers as the boys and men are. From the start. That's just my #78cents.

His analysis is so right on. From the glaring inequalities in men's and women's salaries, to the differing connotations of female and male ambition, we still live in a social climate that implicitly and explicitly discourages women from devoting themselves to their careers. If this status quo persists, we can't with any good conscience call ourselves an equitable society. Hopefully, McGorry's diligence and passion to educating himself will inspire others to do the same.

More like this
Beyoncé Just Announced Tour Dates: Here's How To Cuff Tickets To Her 2023 Shows
By Jake Viswanath
Rachel Fuda Gave Birth Just Weeks Before 'RHONJ' Season 13
By Brad Witter
Pamela Anderson Is Still A Hopeless Romantic
By Ilana Kaplan
'Knock At The Cabin' May Start Streaming Sooner Than You’d Think
By Jake Viswanath
Get Even More From Bustle — Sign Up For The Newsletter
From hair trends to relationship advice, our daily newsletter has everything you need to sound like a person who’s on TikTok, even if you aren’t.