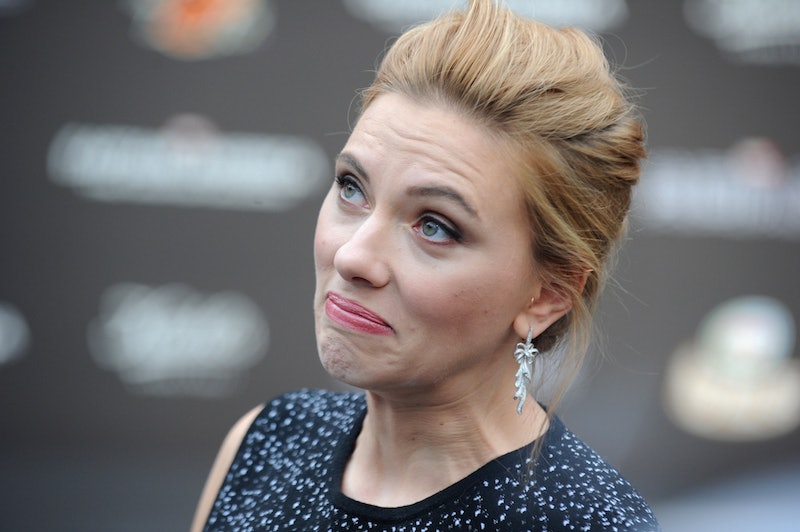 In an interview with Australian Daily Telegraph, she explained her gripe, saying,

I’m such a newbie at this. I always really hate it when actors or people in the spotlight make giant grandiose statements about parenthood because it’s so, so personal. And I don’t profess to know anything more about parenting than anybody else.

Johansson is basically saying that parenthood is different for everyone who chooses to undertake that journey. And since she herself admits that she is quite new to being a mother, she realizes she is not more qualified than anyone else to give advice on how to navigate the experience. As she says, parenthood is very personal, and it does seem odd that one person could try to act as a how-to guide for all other parents. But as we all know, sometimes celebrities use their public platform for that very purpose, so it's quite refreshing to hear from a celeb parent who does not try to act like an expert of all things parenthood.

One celebrity who is particularly guilty of taking an "expert voice" in parenting is Gwyneth Paltrow. Granted, this is coming from a woman who runs a lifestyle website, so it is somewhat unsurprising that she would want to take on this role. But making both overarching statements about the importance of mindfulness and broadcasting the specifics of a child's meal plan does start to seem like an exhaustive guide after a while. Another celebrity who plays a similar role is Jessica Alba, who actually wrote an entire book on parenting, with an eco-friendly focus. While Alba said that she does not judge other mothers, doling out so many tips does seem a bit like she is trying to lead new mothers down a certain path.

So, it's nice to see that Johansson does not think one specific path is the right one to take. In any case, the actress did send an important message about what she learned from her parents. Much like not carving out one path to parenthood, it seems that she does not want to carve out a path for her kids. She said in the interview that she hopes to follow her own mother's example in that she will allow her children to follow their own dreams. She told them,

I think my mom, really more than anything, shaped me in many ways. She was very, very encouraging of our separate interests growing up. She just made us feel that you could do whatever you wanted to do, as long as you really wanted to do it, and that’s why I got into acting.