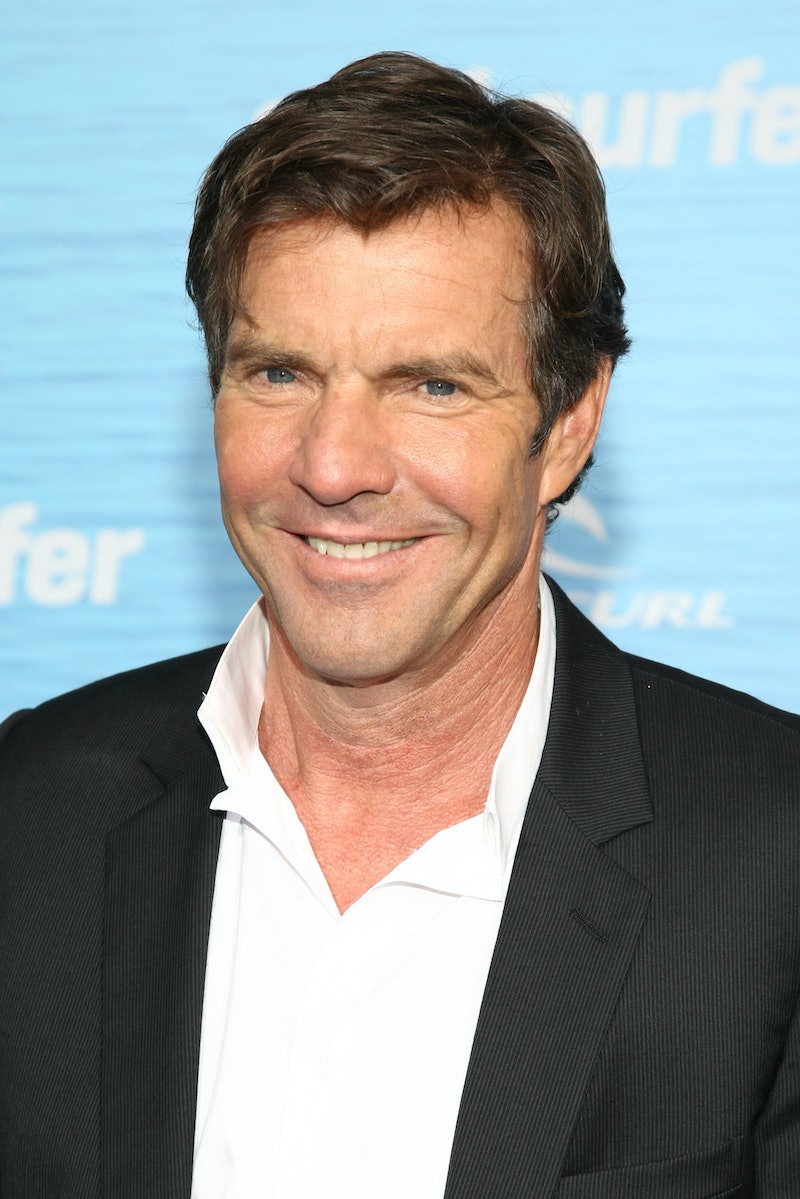 I hate to say I told you so, but on Tuesday, when I was looking at the evidence behind Dennis Quaid's now-infamous on set blow up, I wanted to believe with all my heart that it was not real. A lot of the Internet came up with reasons for each side, but the speculation can now be put to rest because Funny or Die released the full version of the Dennis Quaid rant, and it was, in fact, just a silly prank.

First, I want to apologize to Jimmy Kimmel for saying that I would never trust him again. He actually spoke about this fact on his show Tuesday night. He shared, "There are two dozen articles and thousands of comments suggesting that this is a prank... And I have to say, that’s disappointing. You play like 50 pranks and all of a sudden people don’t trust you anymore.” Whoops. Well, we say crazy things when we don't want to believe that the beloved Dennis Quaid would be so vile on a professional set.

The Funny of Die video starts off with some footage of how quickly the viral video spread yesterday on entertainment news, and then shows "what really happened." And obviously, Quaid's seemingly bizarre outbursts were quite literal, nasty, and really, really cute.

Meet the man behind the "leaked video."

Yeah, it was actually horseshit

At least she seems sorry about it?

Hey, they're just waiting for their cue!

Don't be so harsh on the pussies, Dennis.

A real baby, too!

Dennis Quaid just needed a blow out this whole time!