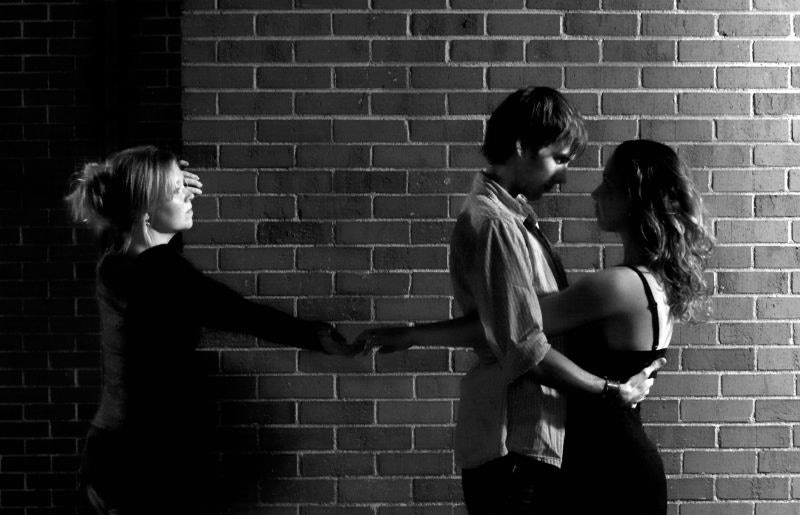 When I tell people I’m in an open relationship, the most common response I get is, “But don’t you get jealous?” Well, if you must know, the answer is yes. Of course I do. Everyone does. My partner once said to me, “The problem isn’t the fact that we feel jealous, the problem is how we react to it.” The thing is, you create your open relationship rules. You have to mold your relationship so that it fits you best.

He went on to explain that often times our go-to way of dealing with jealousy is to take it out on each other, rather than taking it up with ourselves. Most of the time it’s the reaction—the anger that comes after feeling betrayed by another person—that creates an unhealthy, toxic relationship and not the emotion itself.

But the open-relationship is made up of a lot more than just the question of jealousy. There are many reasons you might want to consider being in one, or maybe just reconfiguring the boundaries of the relationship you’re currently in. There’s no right way to do it and no set in stone rules to abide by. The reality is, it’s a huge task to unlearn all of the things we are taught about love, but a vital one nonetheless. Taking a step back and allowing yourself to say “This isn’t working, so how can we make it work?” means challenging everything you were probably taught about relationships in the first place. But it might also be what keeps you together.

A lot of people think that the primary motivation for having an open relationship is to have more sex with other people. And while that might be true for some, it’s important to remember that sometimes having an “open” relationship, just means a relationship free of the pressure that often arises when a person feels bound by monogamy. Sometimes, simply feeling like you can do whatever you want is enough.

2. But at the same time, you can discover other sides of yourself

Being in an open relationship expands your opportunities to explore your sexual identity. Maybe you’re a woman interested in having sex with another woman, but you’re dating a man. Just because you’re interested in exploring this side of yourself doesn’t mean your partner is flawed in any way. It might just mean your partner can’t provide everything you need and want, and that isn't necessarily grounds to leave the relationship. In fact, it's perfectly normal.

3. It can bring more honesty into the relationship

Once the feeling that you need to hide something is lifted, you might feel more comfortable communicating with your partner about the way you feel in general. Maybe you can finally tell them that their eggplant parmesan isn't even that good and they'll just laugh and be like, "Yeah, well you fart in your sleep."

4. Believe it or not, it can soothe your jealousy

It seems counterintuitive, I know, but a large reason we even feel jealous in the first place is because we create rules for a relationship and when those rules are broken, we have a reaction to the feeling of betrayal. It’s also extremely common for people to feel jealous when they are the ones cheating, if only for the fact that they are afraid their partner will do the same thing to them. So what happens if these rules and expectations for monogamy just simply don’t exist? The concept of “cheating” might become trivial and at some point, the word won’t even be used as grounds for being upset.

5. It will help you maintain your own identity

Sometimes, when you fall in love, it’s easy to lose yourself to another person. Maybe you drop some of the hobbies you loved when you were single, maybe you don’t talk to your friends as much, maybe you simply just want to stay in and cuddle rather than go to a concert. It’s important to note that when I say “lose yourself” I mean it in the “hermit-in-love” kind of way versus the controlling, suffocating relationship kind of way. If you identify with the former, consider the fact that an open relationship might help you maintain a sense of autonomy, whether that’s going out and flirting at the club, or simply feeling like you don’t owe someone every part of yourself.

6. It can bring you and your partner closer together

Once you’ve created an open-relationship that both you and your partner are comfortable with, the two of you might actually become more intimate than before. If honesty, autonomy, and support are all large components of your relationship, you are most likely going to feel happy, healthy and in love more often than not.

7. You can make your own rules

Every open relationship is different. Some people prefer to know about their partner’s partners, some people don’t want to talk about it at all. Some people share partners, some people have a “nobody I will ever cross paths with” rule. Think about your own boundaries before setting rules. Challenge yourself, but also keep in mind what will be healthiest for you and your partner as emotional individuals. Listen to your partner, ask questions, try things out and if they’re not working, speak up! This is a choose-your-own-adventure kind of story.