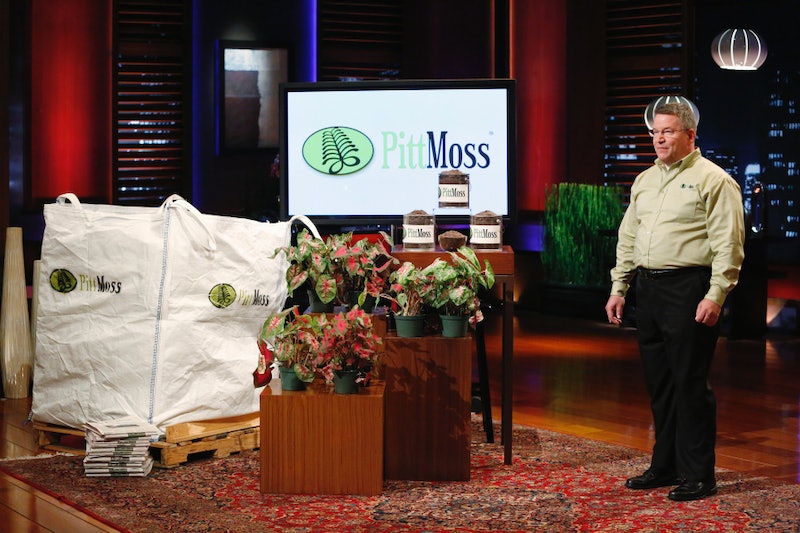 I watched a lot of Captain Planet growing up, but I never realized that people could be hurting the environment with their farming and gardening techniques. As it turns out, though, you totally can, and that's where one of this week's Shark Tank products comes in: PittMoss. It's touted as a more "responsible alternative" to using peat moss to grow plants. And if you're lacking in the green thumb department like me, you're probably confused at this point. First things first: What is PittMoss, and why do we need it?

In an interview Pop City Media, the company's founder, Mont Handley, explains it as a more eco-friendly way of growing plants than peat moss, because by taking the peat moss out of its environment, we're destroying a major source of carbon dioxide. The PittMoss website explains it like this:

Peatlands are critical to the health of the planet and to our own continued human existence. These habitats are under attack all over the world. As we dig up or burn away peat bogs, millions, perhaps billions, of tons of carbon each year are released, increasing the risk of irreversible climate change. Peatlands around the world make up only 3% of the Earth’s land surface, yet they sequester 30-33% of all known soil carbons. Their ability to store away carbon from the atmosphere exceeds every other carbon-storing habitat including all of the planet’s forests.

So yeah, that definitely sounds like a problem that needs to be corrected, and PittMoss is on the way to solving it. Since it's made of recyclable materials like paper, PitMoss helps plants grow without destroying other parts of the environment in the process. Unfortunately, you can't buy PittMoss if you're an individual. Right now, it's only available to commercial greenhouses and nurseries.

If there's a big enough business market for this stuff — like the major greenhouses, florists, and nurseries that Handley is already selling to — I can definitely see it taking off and catching the Sharks' attention. My one worry is that if none of the sharks have experience in this kind of field, they might be hesitant to take it on, since they generally don't invest in products they don't already have a background in selling, even if they're really awesome.

But with so many businesses going green lately? I think PittMoss has this one in the bag.

More like this
The 8 Best Indoor Door Mats For Your Home
By Jenny White
Where Was 'The Bachelorette' Season 19 Filmed? More European Destinations Are On The Way
By Radhika Menon
Why Experts Say Sleeping With A Fan On Isn’t Totally Risk-Free
By Sophie McEvoy
The 6 Best UV Umbrellas, According To A Dermatologist
By Rachael Green
Get Even More From Bustle — Sign Up For The Newsletter