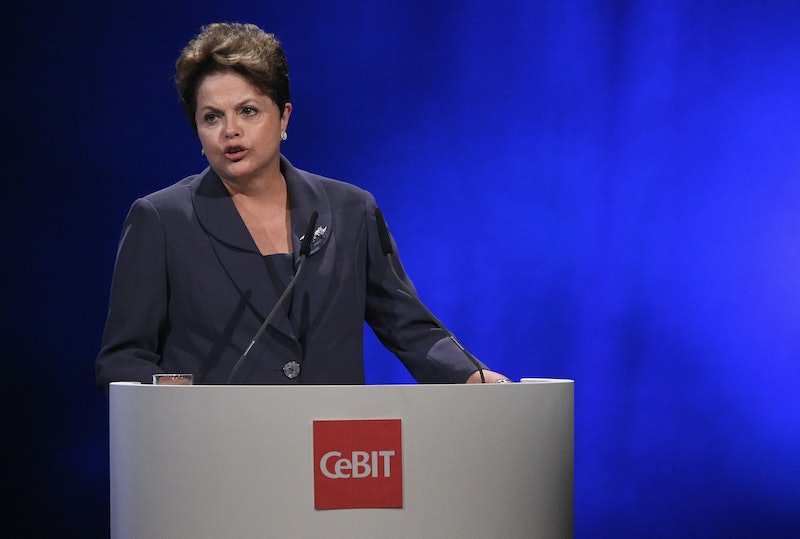 If you haven't heard about what's happening in Brazil, it's time to start paying attention.

Brazilian president Dilma Rousseff called for an emergency meeting with cabinet members Friday, as over one million people protested in over 80 Brazilian cities and demonstrations turned violent.

Rouseff, whose only response to the protests thus far was a vague nod of approval (saying that peaceful protests are “democratic” protests) has now canceled a trip to Japan in order to deal with last night’s escalating crisis.

Late on Thursday and early Friday, over a million protesters streamed into Brazil’s biggest cities, including Porto Alegre, Campinas and Salvador.

In Rio de Janeiro, around 300,000 demonstrators marched through the city's center, and 40 were injured in clashes with police. The national capital of Brasilia also saw tension between the police and the demonstrators, as officials tried to keep hundreds of people from invading the Foreign Ministry, as other protesters started a blaze outside, and still more attacked various government buildings in the city center.

So far, only one protester has been killed, when a driver—frustrated by the unmoving traffic, apparently—drove into and hit a group of protesters in Sao Paulo.

These protests, which are the biggest the country as seen in over two decades, began the first week of June over a rise in bus fare, but have now grown into a difficult-to-articulate general movement against government corruption and spending—especially on the upcoming 2014 World Cup. You can find out more about how it all started, and what it all means, here.