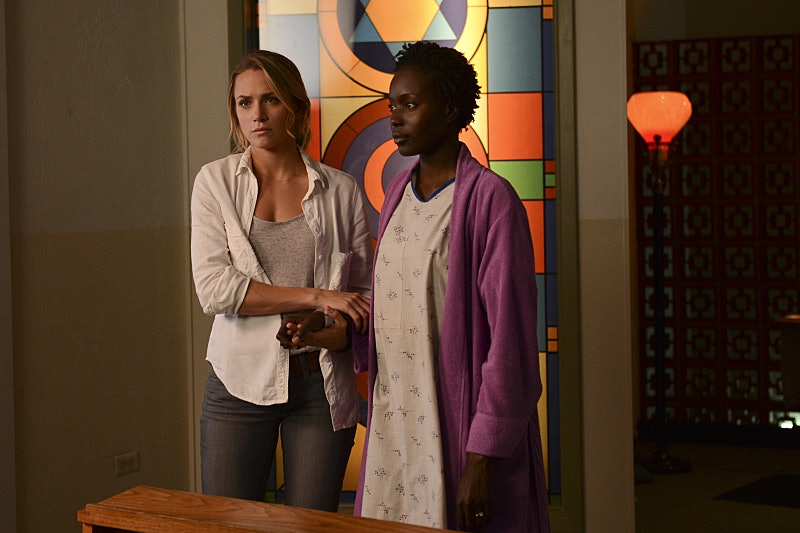 Poor scientist Vera Buckley. One minute, she's just doing her job out in the blazing heat of the New Mexico desert. The next minute — bam! — something weird falls to Earth, and she and four strangers are suddenly the Angels of the Apocalypse out to prevent The Rapture. (Which does come with some superpower-like gifts, but still.) And did I mention her son was kidnapped, and she still has hope in her heart for a reunion? That's a rough life right there. It all goes down on The Messengers, which will premiere on the CW on April 17. But who is the actress slated to take on all that grief? Who is The Messengers star Shantel VanSanten, who plays Vera?

VanSanten told TV Fanatic that she's looking forward to being on a show with a complex, character-driven story. "We're presented with challenges, and...the moral dilemma between people who are given something," she said. "Do you use it for good or evil? Where do you fall? There's a lot of gray area with human beings, and we don't always figure it out right and we make bad choices. I feel like that's going to be the discovery of the first season." But where was she before The Messengers? Here are some things of note about VanSanten.

Chances are, if you're a One Tree Hill fan, I didn't even have to tell you who VanSanten was. You already knew her as Quinn. Whether or not she was the best James sister, though, is still up for debate. She's also appeared in the CW's TV adaptation of Beauty and the Beast.

This Isn't Her First Supernatural Run-In

(Warning: The above clip is spoilery for The Final Destination and also a little gruesome.) No, she wasn't on Supernatural, but VanSanten has dealt with forces from the beyond before. She had to try and cheat death in The Final Destination, the fourth movie in that franchise. If you've ever seen one of those movies before, you can guess how that went. (Badly.)

And yet, she told Maxim that she was dorky in high school. "I was a nerd: president of the glee club, president of the yearbook staff," The Huffington Post reports. "I even started a book club!" In the same interview, she also said that her family didn't have a TV growing up. Ironic!

Her Instagram is full of Playbills and theater posters. Maybe we'll see her up on stage next?