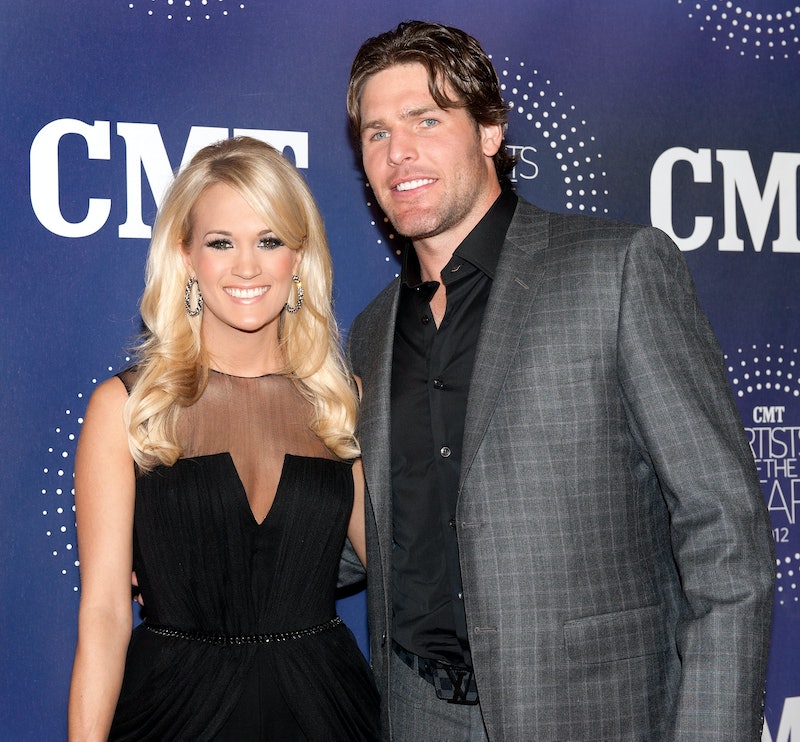 The 50th annual Academy of Country Music Awards are right around the corner! So you know your favorite country stars have to be busy prepping for the big night, which will take place Sunday, April 19. One star sure to be making an appearance is fan favorite Carrie Underwood. She's nominated for three awards this year: Female Vocalist of the Year, Video of the Year, and Vocal Event of the Year. While people are understandably excited to see her, they're probably also excited to see Carrie Underwood's husband, Mike Fisher, standing alongside her on the red carpet. And some not too familiar with him might be wondering a little more about who he is.

Mike Fisher is a professional hockey player who is currently signed to the Nashville Predators. A Canadian native, Fisher grew up playing hockey in Peterborough, Ontario. He was first drafted into the NHL in 1998 by the Ottawa Senators and would eventually become their Assistant Captain. Even though he plays for a different team now, he still has a chance to do the job he loves. And it's pretty clear that his passion for the sport has paid off in a big way. But apart from being a great hockey player, Fisher is also a fantastic supporter of philanthropy — not to mention a dedicated and loving husband to Underwood.

As can be seen in the photo above, Fisher is more than willing to join forces with his wife for causes they both care deeply about. Whether it's through raising awareness about the still relevant problem of slavery worldwide or through speaking out in anti-bullying campaigns, Fisher does not mind putting his activist hat on for what he thinks is important. And he also does not mind putting forth support for his wife in any way he possibly can.

The pair first started dating back in 2008, tied the knot in 2010, and have one child together. They actually met backstage at one of Underwood's shows! So it's safe to say that Fisher was definitely a fan. Years later, it's clear he still has great respect for her work. When he was describing his wife's hard work and creative process to Us Weekly back in 2014, he said, "She's actually real busy doing a lot of writing and stuff. I've been just kind of hanging out, just kind of being home and enjoying that. I stay out of her way. I go golfing or go fishing or something."

Aww! It's great that although he is supportive, he understands the space she needs to get her work done. Keep your eyes peeled for the happy couple on the red carpet this weekend! You know they won't disappoint.