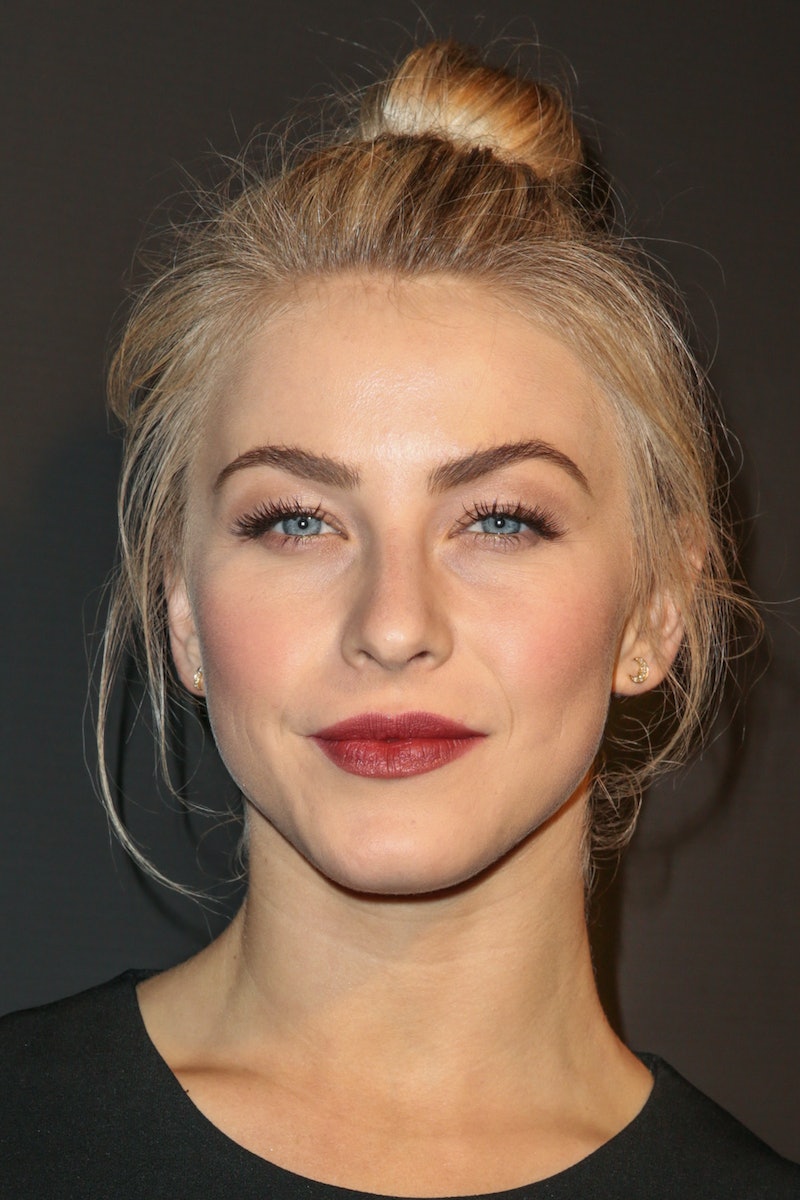 UPDATE: Following the online furor over her Halloween costume, Julianne Hough has issued an apology for donning blackface while dressing up as Orange Is the New Black's Crazy Eyes. Said the actress on Twitter, "I am a huge fan of the show Orange is the New black, actress Uzo Aduba, and the character she has created. It certainly was never my intention to be disrespectful or demeaning to anyone in any way. I realize my costume hurt and offended people and I truly apologize."

EARLIER: Halloween is supposed to be a scary holiday, but this is just petrifying. On Friday night, Oct. 25, 2013 — and that's 2013, mind you — Dancing With the Stars and Paradise actress Julianne Hough attended a Halloween party in blackface. Yep, you read that right — the actress actually painted her face to portray Crazy Eyes from the hit Netflix series Orange Is the New Black for a fete in Beverly Hills. (See the picture of the actress dressed up here.) Are you scared? I'm scared.

Because not only should anyone who's not from the 1920s know that blackface is incredibly offensive, but because someone who watches the very progressive Orange Is the New Black actually managed to ignore everything she learned from the series. Blackface, Julianne? Really? The women in Lichfield's prison would be ashamed of you.

Even more disconcerting is that Hough wore blackface during 2013, a year that was rife with racism. Between the George Zimmerman trial and Paula Deen's professional embarrassment — not to mention whatever the heck's currently going on at Barney's in New York — any figure, public or private, who has witnessed this year's rampant prejudice should know to treat race far more delicately.

Uzo Aduba has not yet responded on Twitter. While we can definitely appreciate Hough's TV tastes, this costume was just tasteless.

More like this
Dan Levy’s Father’s Day Pic Of Dad Eugene Spoofs The ‘Schitt’s Creek’ Vet’s Past
By Grace Wehniainen
Kim Kardashian Father’s Day Tribute To Kanye West Called Him “The Best Dad”
By Stephanie Topacio Long
Prince William & His Kids Are Adorable In A Smiley New Photo For Father’s Day
By Stephanie Topacio Long
What Is the Net Worth Of Each 'Stranger Things' Season 4 Cast Member?
By Hugh McIntyre
Get Even More From Bustle — Sign Up For The Newsletter