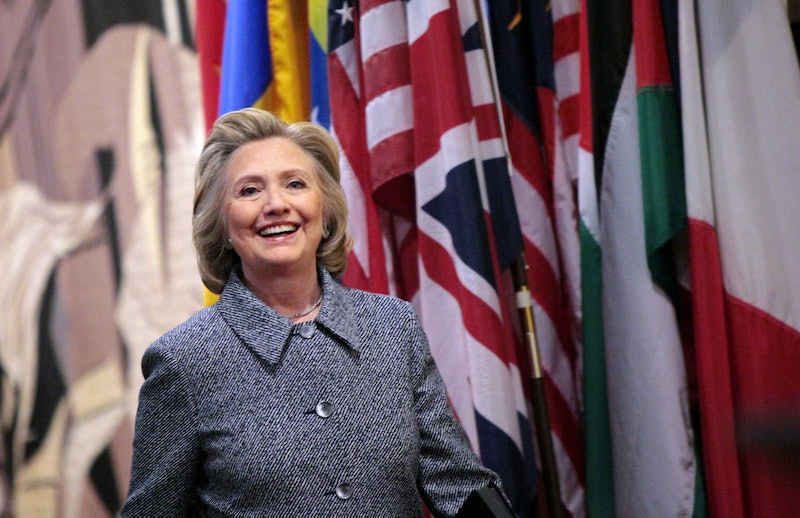 As the United States ramps up for Hillary Clinton's second run for president, the accomplishments of Clinton's career are being once again thrust in the spotlight. Since Hillary first entered the political sphere as the First Lady of Arkansas in 1978, she has largely remained in the public eye and kept hacking away toward the impressive resume and set of accomplishments that she boasts today. I mean, from First Lady, to U.S. Senator, to Secretary of State, to presidential candidate, Hillary has accomplished a lot.

On Sunday, Hillary announced that she is once again putting her accomplishments and her political savvy to the test. Hillary's announcement was hardly a surprise, and nor will it be a surprise if she clinches the Democratic party's nomination. Although many caution against using the word "inevitable," it's arguable that Hillary's nomination just may be that. While Clinton's campaign slogan is "Ready for Hillary," her accomplishments and preparedness suggest that Hillary is just as ready for America.

So, as America once again turns its eye back to Clinton, it’s worth reassessing of just how much she’s accomplished and what exactly those numerous accomplishments are. Here’s a glimpse at some of her efforts, in three of the key areas in which Hillary is a leader.

As A Women's Rights Champion

As A Global Leader

More like this
Lizzo's Leopard Print Nails Perfectly Match Her Yitty 'Fit
By Jordan Murray
Are John Legend & Kanye West Still Friends? The Singer’s Latest Update Is Candid
By Brad Witter
Christina Aguilera Took A Powerful Stand At Brighton Pride
By Sam Ramsden
'Scream’s Courteney Cox Has Broken A Major Horror Record
By Sophie McEvoy
Get Even More From Bustle — Sign Up For The Newsletter