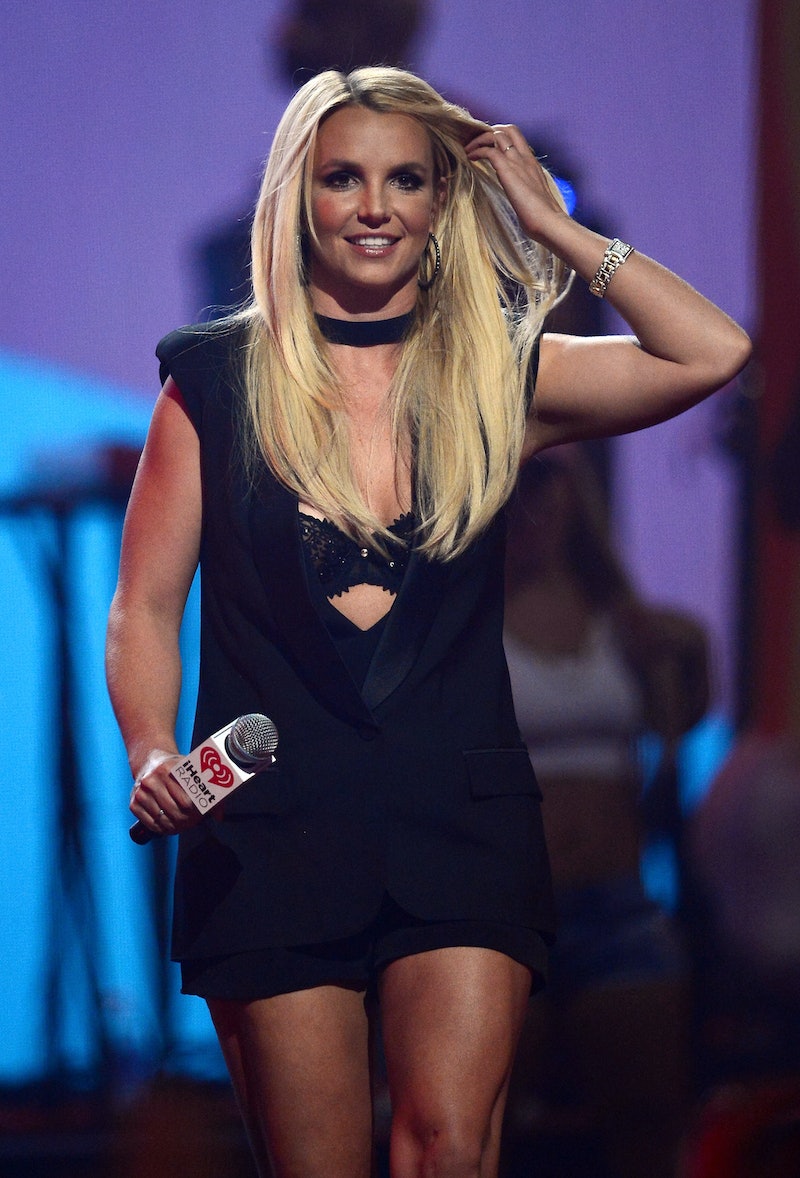 Don't mess with Britney or give the excuse of "oops, I did it again," because it's not going to fly with the singer. Or at least that's what it seems. According to the Daily Mail, on Wednesday at Las Vegas' Planet Hollywood Resort and Casino, Britney Spears swore at a fan during her Piece of Me residency show. As the site reports, "the 33-year-old dropped an F-bomb - and an A-bomb - at a man after he heckled her." In a video of the show, it appears that the fan calls Spears a "fat b--ch," which prompts the singer to respond with, "F--king a--holes." But not so fast...

As you can watch in the video below, Spears is gearing up to sing "Till the World Ends," and asks the crowd if they're ready. Her question receives plenty of cheers and excited screams. However, one audience member seems to not be too happy. You can hear what sounds to be a male voice saying, "fat b--ch." Then, after a few seconds, Spears seemingly responds while mic'd up on stage for everyone to hear. Also, at around the 26-second mark you can hear the same male voice saying, "She heard me."

Now, at first it looks like Spears may have really heard the man and responded, but on a second watch, it seems impossible. The man would have to be VERY far away from Spears for the camera to pick up his voice, which would mean there's no way Spears could have heard him, especially considering the roars of the crowd. Plus, it sounds like the voice is being spoken directly into a recording device which hints that it may have been added afterwards. There is a chance that the man did say "fat b--ch" close to the camera and, as a coincidence, Spears just happened to say "f--king a--holes" at the right moment, but that also seems unlikely.

If someone really did insult Queen Britney and she really did hear it, she sure didn't let it affect her performance. She transitioned into the song like nothing even happened and busted out her dance moves. Check it out for yourself below.

As for why else she would've been saying "f--king a--holes?" 'Cause she's Britney Spears and she's letting out some sass on stage! Hello!