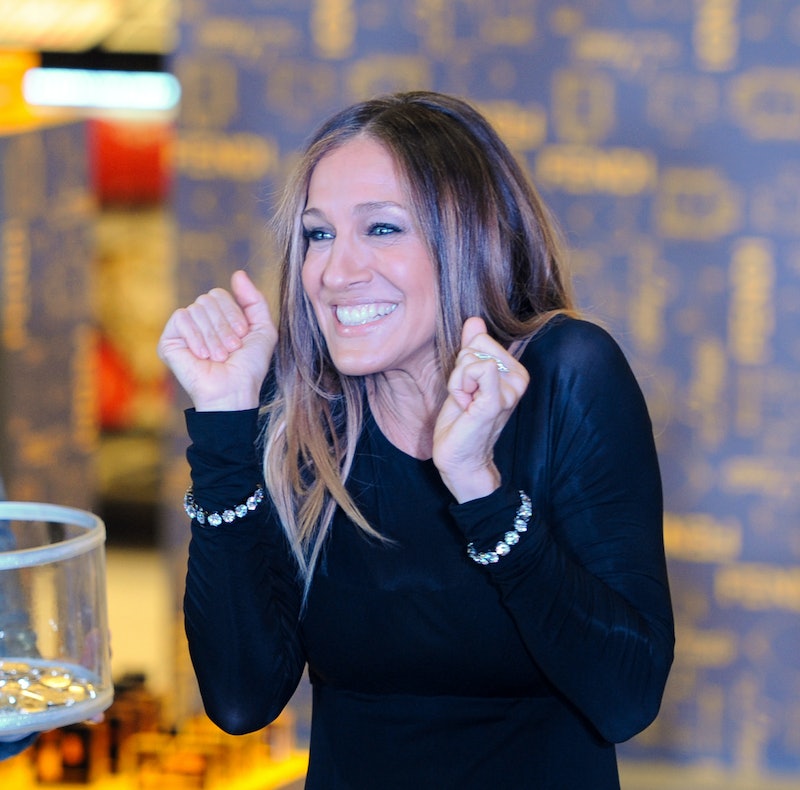 Well, here’s some super exciting news for Sarah Jessica Parker fans. After months of buzz surrounding the actress' latest small screen project, HBO has officially picked up Sarah Jessica Parker's Divorce, a comedy series in which Parker is set to executive produce and star. Although a show centered on a middle-aged woman going through a tumultuous divorce doesn't sound quite like Carrie Bradshaw's glamorized single life in NYC on Sex and the City, the fact that Divorce will join Veep and Girls as yet another female-led comedy series at HBO is reason enough to make any gal to jump up and click her stiletto heels together in glee. But here’s where it gets even better: Divorce and Sex And The City actually share a few similarities. As a huge fan of SATC, I believe that fact alone should be reason enough for other SATC lovers to flock to SJP’s new show.

According to Deadline, Parker will star as Frances, a woman who is forced to take a long, hard look at her life when the shiny, new feeling of starting over after divorce looks like more of an arduous task than she’d anticipated.

It Takes Place in NYC

Maybe Divorce will take place in some of Carrie, Charlotte, Miranda and Samantha's favorite hangouts.

It's About Female Friendship

There's nothing better than seeing relatable, real-life female friendships play out on TV.

SJP's the Star of the Show

There Will Be Plenty of Relationship Drama

Oh, yes, Charlotte. I mean, isn't that why we all watch?

So Much Girl Power On One Screen

Aww, no need to be modest, SJP. You know it's true.

More like this
Why Sarah Jessica Parker Wanted Fans To Stop Calling Her Hair Choice “Brave”
By Brad Witter
'Succession' Season 4 Could Be The Show’s Last
By Kadin Burnett and Gabrielle Bondi
Everything To Know About The Bear Season 2
By Brad Witter
What’s New On Netflix: 'Stranger Things' & 'Mean Girls'
By Arya Roshanian
Get Even More From Bustle — Sign Up For The Newsletter