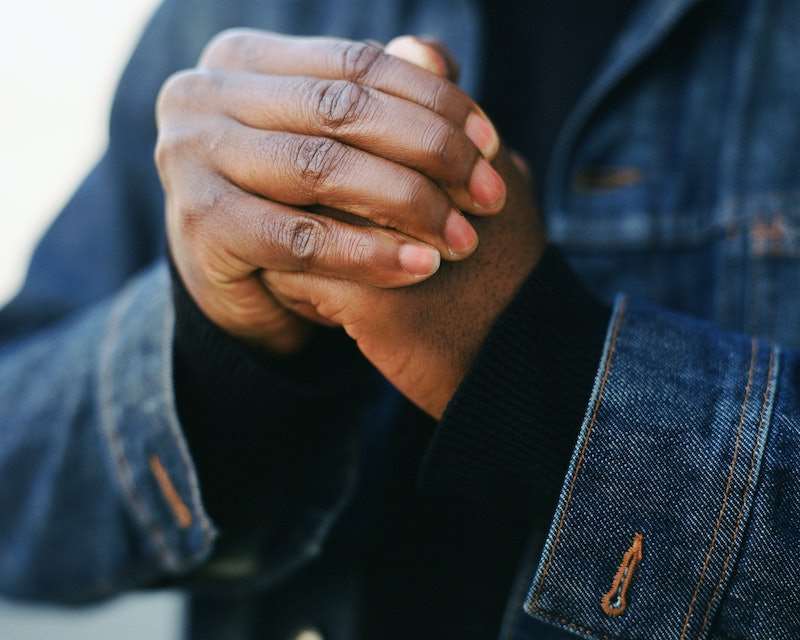 Chances are you've made the mistake of cracking your knuckles in front of someone (most likely your mom) who has let out a shriek, grabbed your hands, and told you that you just gave your future self arthritis. According to recent research, however, everything we thought we knew about what happens when you crack your knuckles has been a lie. A filthy lie. Are you ready to have your mind blown? I hope so.

A study in PLOS ONE this month has found that contrary to popular wisdom, the sound of your knuckles cracking isn't from gas bubbles popping between your fingers. In reality, when your joints pop, you're hearing gas bubbles forming between your bones. If you don't think that's the coolest thing ever, let me ask you something — what's the weather like in Boringtown, U.S.A.? The study, which the researchers are calling "Pull My Finger" because as I've said before, it's an undisputed fact that scientists are giant nerds, has the help of a particularly adept joint-popping colleague to thank for the results. This "Wayne Gretzky of finger-cracking," as one researcher described him to NPR, cracked all 10 of his fingers in an MRI, giving the scientists an opportunity to study this super cool video:

In the video, it's clear that the cracking sound comes from a gas bubble forming between the joints rather than it popping. Believe it or not, this is the first time anyone has visualized what happens when you pop your joints, which is why the myth has persisted so long. Scientists in the late 1940s originally had the right idea, but according to NPR, the bubble-popping theory began circulating in the 1970s. No one had the direct evidence to challenge it until "Pull My Finger" came along.

Furthermore, the study found that rather than giving us arthritis, popping your knuckles might actually be good for you. The idea that it ruins your joints is an "old wives tale... perpetuated by who are sick of hearing their kids crack their knuckles," Dr. Kevin deWeber told NPR. In fact, "maybe something helpful is happening."

The researchers themselves were astonished at how clear-cut the findings were. "Our jaws hit floor," researcher Greg Kawchuck said. "This is the exact answer. It feels pretty great."

It makes you wonder what other old wives tales are out there, doesn't it? But even if everything else our moms told us as children turns out to be true, it's comforting to know that we aren't going to hate ourselves later in life for daring to crack our knuckles when we were young and reckless.