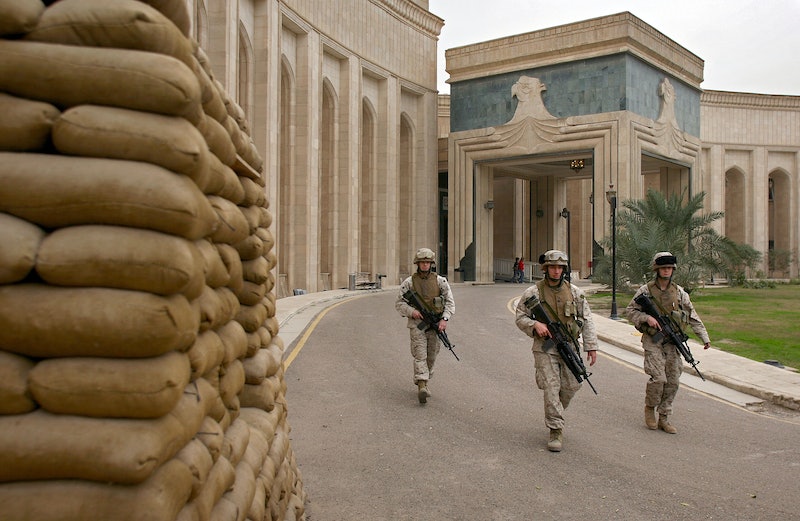 On Friday in Iraq, suicide bombers in Erbil blew up a car they were driving near the local U.S. Consulate. Though no one from the Consulate was harmed, the explosion killed three people and injured five others. Only hours after the bombing, ISIS fighters in Kirkuk Province claimed responsibility for the attack.

The jihadist watchdog group SITE first reported that ISIS "claimed credit" for the attack, which took place in Kurdistan, a region of Iraq that is generally regarded as one of the safest parts of the country, according to Newsweek. Though ISIS has taken over large amounts of territory in northern Iraq, they have not made much progress so far in Kurdish territory because the Peshmerga have been defending the region. Because of this perceived safety, the car bombing was especially shocking.

The larger explosion was preceded by the explosion of a smaller, improvised bomb, according to CNN. B.G. Hazhar Ismail, a spokesman for the Peshmerga, reported the casualties. Police said the explosives appeared to be detonated by the people inside the car.

SITE reported that an ISIS-linked Twitter account had tweeted that they "were able to detonate a car bomb on the building of the American Consulate in the city, which led to killing and wounding many of them."

It seems the consulate was the target.

After the explosion, plumes of black smoke filled the air in Erbil. The fire from the car bomb ignited on nearby cars, and the vibrations were felt half a mile away.

When the bombs went off, there was a firefight, according to NBC News. After a moment of calm, the gunfire continued.

Though at least three have been confirmed dead, there are reports that more people have been killed.