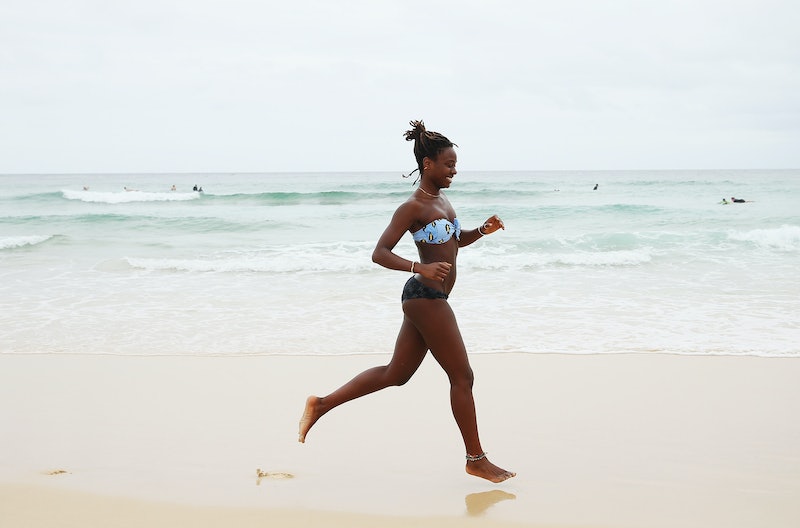 Remember the good old days when how long you should work out was the last thing on your mind? You were much more focused on the newest drama in your stuffed animals' world, what Polly Pocket was up to, and how to get Sam to quit tugging on your hair during recess. Now, you've got all of these rules, best practices, and stipulations that make you feel guilty should you choose not to follow them, because adulthood. Today is no exception, as it seems that the previously recommended and wholly accepted 150 minutes of physical activity a week has snowballed unabashedly into more than 60 minutes a day.

Though government institutions and federal programs have long pushed that 150-minute minimum, a new study published in JAMA Internal Medicine, coming to us from Harvard University and the National Cancer Institute, suggests that over 450 minutes of exercise a week leads to the healthiest humans. Now, to be fair, we've always known that more exercise is better for the body. These findings, however, go so far as to say that people who truly do hit on or above that 450 minute a week mark have a 39 percent less chance of dying prematurely. So, you know, the stakes have risen just slightly.

To come to these conclusions, scientists looked at the exercise habits of 661,000 adults, both men and women. They then segmented each person into one of 14 exercise "groups" and compared those to each group's death records. Macabre, yes. Inaccurate, probably not. There's an eight percent difference in probable death between those who work out in excess (450 minutes) and those who work out as per existing standards (150 minutes), who come in at a 31 percent less chance of kicking the big one. It's at that point that there's no longer an increase in life span, so don't think that hitting 650 minutes in is going to ensure you a long, happy life. After the 450-minute mark, there were no notable long-term health differences.

This study itself didn't seem to define or qualify exercise in any way. Typically, there's a caveat involved that cites a certain heart rate minimum or another such facet. For those of us who prefer activities like yoga to jumping on the treadmill, this research may be a blessing; it's easy to fit a few hours of yoga into every week. However, if intensity is a factor here, we're all in for a rude awakening.