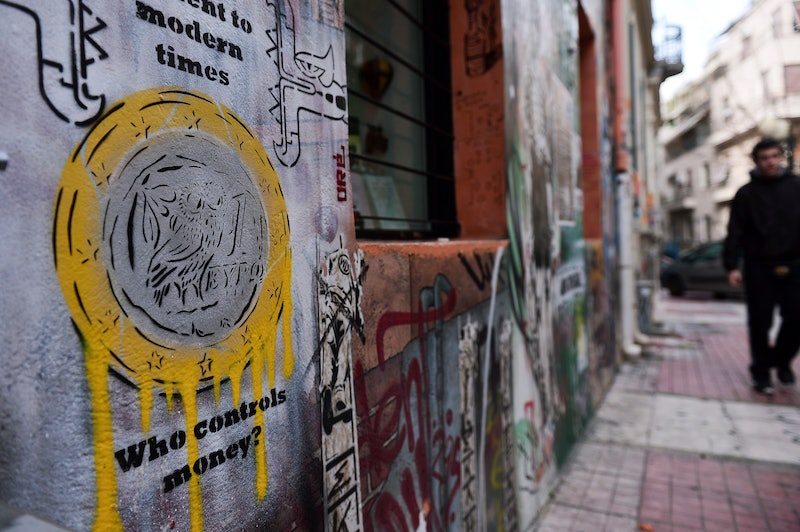 The clock is winding down and creditors are getting anxious said U.S. Treasury Secretary Jacob Lew on Saturday, advising Greek leaders to reach a debt deal that would prevent a major default — one which would otherwise wreak financial havoc across the globe. Without a significant deal in place, the country, which has relied heavily on international loans to subsidize all of its government programs and employee paychecks, would likely miss two of its payments and create a ripple effect that could hurt world economies. Before cementing any sort of monetary assistance though, the International Monetary Fund told Greece that the country must "produce credible reforms" in order to prove that it will properly pay back the $7.2 billion it's set to receive.

"It's something that the European and global economies don't need - to have another crisis," said Lew in a statement on Friday, indicating that if the country could not come to an agreement, the resulting default would "create immediate hardship for Greece."

Already, global markets have stumbled over worries of Greek default: on Friday, The Wall Street Journal reported that traditionally stable German government bonds had risen to record highs, and the European Stoxx 600 market index had dropped almost 2 percent by close of business day. In the United States, reported the Journal, stocks opened the morning low and dropped some 360 points before finishing the day down 1.5 percent.

In an interview with the Associated Press on Friday, Spanish Economy Minister Luis de Guindos called the debt deal talks cumbersome and indicated frustration with the left-wing Greek government:

We have wasted very precious time over the last three or four weeks. The communication of the Greek government has not been great. They have not made a lot of friends. I expect and I hope that the communication will improve.

According to a report out of Reuters on Sunday, Greek officials may have already hurt their chances at any sort of long-term financial deal, whether the $7.2 billion dollar aid goes through or not. By alienating the country's European allies, leaders may have put further stress on themselves by forcing global hands to keep Greece on a tighter leash, leveraging their repayments by keeping them on a yearly deal, rather than completely wiping the slate and taking up the debt themselves.

"There's just no appetite in the euro zone for a grand bargain to take over Greece's debt to the IMF and the ECB," one euro zone official told the news outlet.

As Greece and its allies spar over financial details and reform measures, the world is waiting with bated breath. "We are getting uncomfortably close to not to have an agreement in place," Huw Worthington, an interest rate strategist at Barclays, told The Financial Times on Friday. "We think a deal will be struck eventually, but it’s getting a bit close."

Some have argued that the toughened stance on Greek debt could force the country into an uncomfortable situation that would make it nearly impossible to agree on a debt deal, sending global markets into a tailspin.

Pantheon Macroeconomics' chief euro zone economist Claus Vistesen told CNBC on Monday that the outlook for Greece was bleak, no matter what happened:

It is difficult to assess just how close Greece currently is to the abyss. The country needs to repay the IMF over 2.8 billion euros between now and July, with a 770 million euros instalment due May 12 the next big hurdle. It is difficult to see how the economy can honour its IMF commitments in coming months without some form of aid.

Vistesen's colleagues at Pantheon Macroeconomics agreed, telling The Financial Times that the hardened negotiation strategy was "aimed at forcing [Greek Prime Minister Alexis Tsipras] to accept the conditions for reforms deemed appropriate by the EU", but "could backfire, by pushing Greece to a default on the IMF."