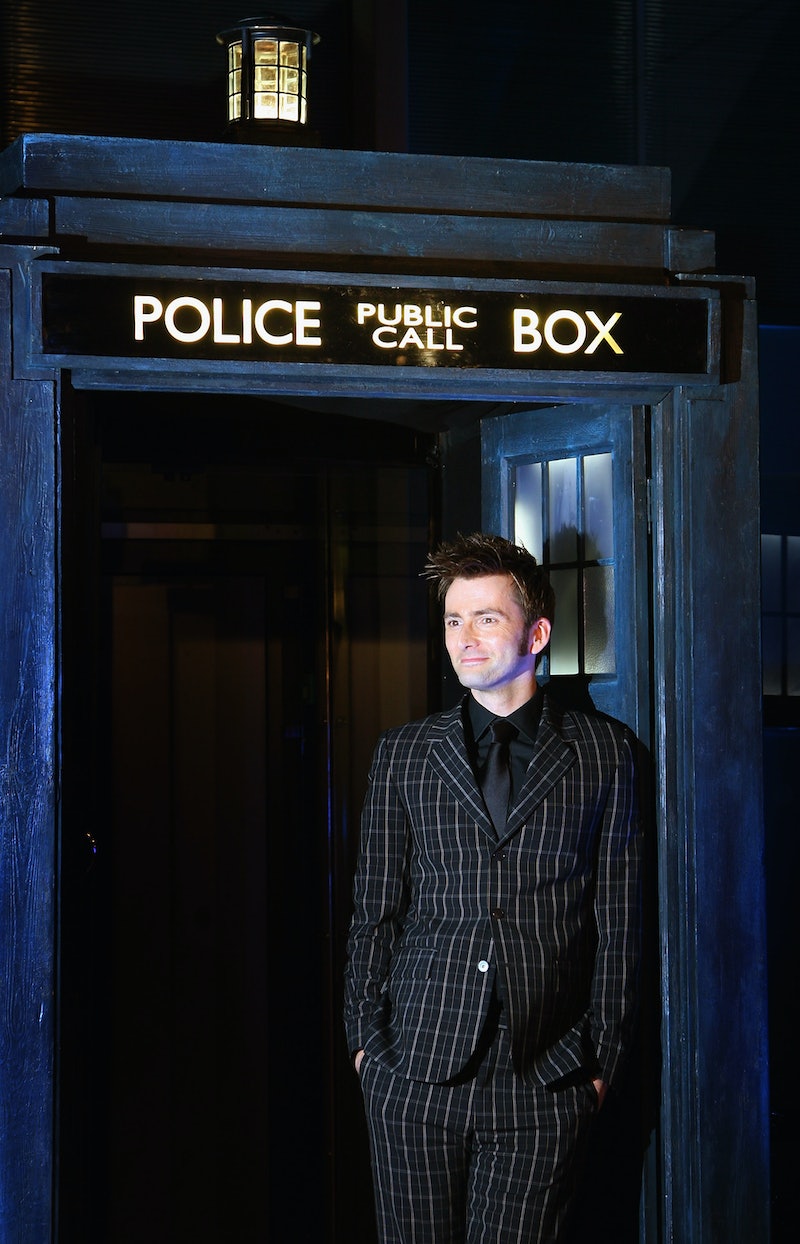 Any Doctor Who fan knows better than to get too attached to one particular Doctor — they regenerate and are recast with new actors every few years, so it's a fools errand — and yet we fans do it anyway (I know I'm guilty of it). And while each of the actors in the new series has their own special qualities they bring to the infamous role, it was David Tennant as the 10th Doctor on Doctor Who that captured my heart (and the hearts of plenty of others, if Internet forums are anything to go by). He was funny, charming, brash and uninhibited. He was perfect, and I've never quite connected with another Doctor in the same way. They're all great in their own ways, of course, but let's get real: they don't really hold a candle to their predecessor.

Tennant held the role of the Doctor for a wonderful three seasons — seasons full of adventure, war, sadness, hilarity and a million other wonderful things that made those years the highlight of the BBC series' new incarnation... for me, anyway. Throughout his life cycle, the tenth Doctor changed the course of history several times over, and more importantly, he changed the lives of those he traveled with irrevocably, and Tennant brought so much honesty and openness to the part that none since have been able to match.

Here are 7 reasons David Tennant was by far the best Doctor we've had yet.

He fell in love with Rose Tyler...

The Doctor generally doesn't get involved when it comes to affairs of the heart, but he was powerless to resist his feelings for Rose Tyler, and hers for him. Of course, it was never really going to work out, and their separation was one of the most heartbreaking scenes on TV, ever (that's not up for discussion).

... and selflessly let his clone live in an alternate universe so she wouldn't be alone

When his preserved hand regenerated itself into a whole other doctor, there was only one thing that could be done: give his doppelganger to Rose in the alternate universe she was stuck in, so she could have him (in a way) and save him the same way she saved the original Doctor. Get the tissues ready!

He invented the banana daiquiri a few centuries early

After finding an abandoned ship that acted as a portal to 19th century France (where he flirts relentlessly with Madame de Pompadour, much to Rose's chagrin), the Doctor gets a bit too jolly and ends up creating some alcoholic masterpieces a bit before their time.

He found a true partner in crime in Donna Noble

One of the best roles Catherine Tate has ever appeared in during her career was that of Donna Noble, the Doctor's outspoken companion during Season 4. The bond that developed between them was touching and often hilarious (which, of course, made their separation even harder), and is truly one of the best Doctor/companion portrayals in the series' history.

Despite being completely wiped out by his recent regeneration during the Season 2 Christmas special, the Doctor managed to get enough strength together to save the world from renegade Christmas trees and the Sycorax. Like a boss.

Back in Season 2, the Doctor took Rose to New New York, a futuristic version of the metropolis where cats are nurses at the local hospital and the oldest remaining human, Cassandra (who is just a stretched piece of skin with eyes and a mouth on it), resides. When she plans to get more mobile by finding a human host, she jumps into the Doctor's body after he demands she leave Rose's — and the results are hilarious.

He mimed an entire conversation through a window

When he and Donna meet again in the beginning of Season 4, their communication is made more difficult by... well, a window, and other people around who could possibly see/hear what was going on. The Doctor's way around it? Mime what you mean to say through the window. Don't worry, Donna's got ya.